LONDON (AFP) - All arrivals to Britain will have to quarantine and show negative virus tests from next week, British Prime Minister Boris Johnson said on Friday (Jan 15), as hospitalisations and deaths continued to soar but new cases fell.

The measures, which come into force on Monday, come after Britain banned all arrivals from South America and Portugal on Friday over fears of importing a new coronavirus variant from Brazil.

"This means that if you come to this country you must have proof of a negative Covid virus test that you have taken in the 72 hours before leaving," Johnson said, flanked by top medical and scientific officials.

"Upon arrival, you must then quarantine for 10 days, not leaving your home for any reason at all," he added, though travellers can take another test after five days to get out earlier.

Britain had previously made an exception for travellers from certain countries and territories with low Covid-19 caseloads, allowing them to arrive freely through "corridors", without showing negative virus tests or quarantining afterwards.

These included Australia, New Zealand, Thailand and Singapore as well as Bermuda and Gibraltar.

Transport Secretary Grant Shapps tweeted that the stricter rules are because it is "impossible" for the government's Joint Biosecurity Centre to "provide live scientific updates to predict which countries or regions will now originate new variants."

Britain has been slow to require arriving travellers show virus tests, unlike many other countries, focusing instead on travellers from countries with high virus rates quarantining after arrival.

Friday's announcement came as government figures showed that fatalities within 28 days of a positive virus test had risen by nearly a third in the last week, taking the mortality toll to 87,295 - the highest in Europe.

While the country recorded another 55,761 cases on Friday, new cases have fallen nearly 14 percent in the last week.

Johnson urged people to obey national lockdown rules despite hopes raised by the vaccines and falling cases this week.

"This is not the time for the slightest relaxation of our national resolve and our individual efforts, so please stay at home," he said.

All of Britain is under tough lockdown restrictions and people are supposed to stay at home except for over-riding reasons such as work, childcare and exercise.

Officials believe the declining case rates are due to the stringent rules, but concede there will be a time lag before hospitalisations and deaths may also drop.

In a bid to vaccinate the most vulnerable, Britain is rapidly rolling out both the Oxford-AstraZeneca and Pfizer-BioNTech shots.

It has so far issued more than three million doses as part of an ambitious drive to vaccinate the four groups of most vulnerable people by the middle of next month, and every adult by the autumn.

It was unclear on Friday whether this would be affected by Pfizer's announcement that deliveries of its vaccine would be delayed in coming weeks due to works at its plant in Belgium.

"We are in the process of understanding the implications of Pfizer's announcement today to our plans," a government spokesperson said in a statement sent to AFP.

They added that the government is still planning "to hit our target of vaccinating all four priority groups by Feb 15".

"Jab by jab, we will win this fight against Covid," Johnson said in a video released on Friday, vowing that this "extraordinary national effort is only going to accelerate." 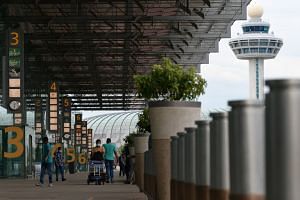 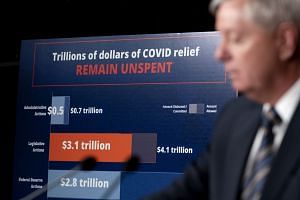 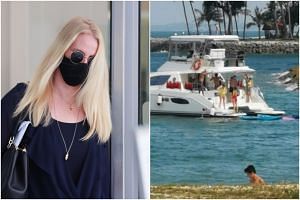 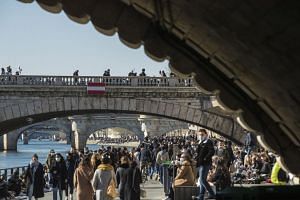 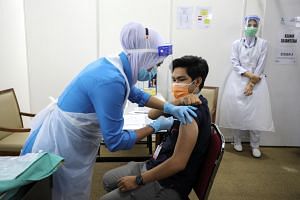 Over 2 million Malaysians have registered for Covid-19 vaccination 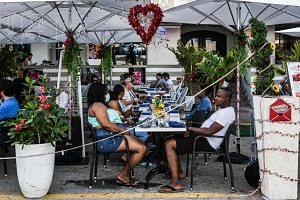 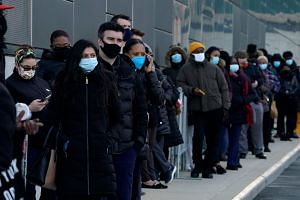 Covid-19 vaccine hesitancy a speed bump in US roll-out