WELLINGTON (REUTERS) - New Zealand police expect tens of thousands of firearms to be surrendered in a guns buy-back scheme after Parliament passed tough new firearm laws in the wake of the country's worst peacetime mass shooting.

Lawmakers in New Zealand voted almost unanimously on Wednesday (April 10) to change gun laws, less than a month after a lone gunman killed 50 people in attacks on two mosques in Christchurch.

It granted an amnesty until Sept 30 for people to surrender prohibited items. More than 300 weapons had already been handed in, police minister Stuart Nash told Parliament.

Police Deputy Police Commissioner Michael Clement told a news conference on Thursday that they are not sure how many guns they would receive, as New Zealand has no law requiring people to register firearms.

"It's a great unknown question... Everybody appreciates that there is no register of firearms with regard to the type of firearms we are talking about," Mr Clement said. 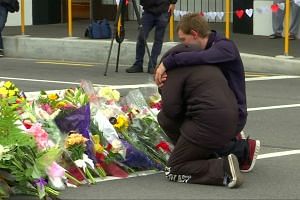 There are about 1.2 million to 1.5 million firearms in New Zealand, according to gunpolicy.org. Of these, the government has said that a record of licences show 13,500 firearms are military-style semi-automatics (MSSAs). But the number could be higher.

Mr Clement said details are being worked out of the gun buy-back scheme and he urged gun owners in possession of the prohibited firearms to register online.

Prime Minister Jacinda Ardern has estimated that the gun buy-backs would cost the government between NZ$100 million and NZ$200 million (S$91 million and S$182 million) but other government ministers have warned that the costs could be higher, depending on how many guns are handed to the police.

The authorities have charged Australian Brenton Tarrant, 28, a suspected white supremacist, with 50 counts of murder following the Christchurch attacks on March 15.