CHRISTCHURCH (NYTIMES) - Temel Atacocugu is fed up. Forced to spend most days on the couch in his Christchurch home, he is beginning a long recovery from the nine gunshot wounds he suffered in March when a terrorist fired on Muslim worshippers in this New Zealand city.

Again and again, Mr Atacocugu has asked when New Zealand's immigration agency will allow his mother and nephew to join him in Christchurch from Turkey. He needs them to help care for him as he adjusts to his new life. But a month has passed since their visa applications were filed, and no answer has come.

Robbed of what he loves to do most - hiking, fishing, sports, working at his kebab shop - he has started to feel depressed and desperately lonely.

"This is really hurting me," said Mr Atacocugu, who has lived in the country for a decade and is a citizen. "I am a New Zealander, too."

Mr Atacocugu is one of a number of victims of the attacks - in addition to the 51 people killed, more than 40 were injured, some permanently - who say that the New Zealand government has not met the high bar it set in helping them piece their lives back together.

Three days after the March 15 attacks, Prime Minister Jacinda Ardern delivered an emotional speech to Parliament emphasising the government's obligation to those affected.

"We feel a huge duty of care to them," she said. "We have so much we feel the need to say and to do."

Three days after that, she moved to ban the sort of semi-automatic weapons that were used in the Christchurch slaughter.

Those words and actions led to global praise for the New Zealand government for what was seen as a swift and compassionate response to the massacre. They also raised expectations among the victims - an optimism they say is now evaporating in the face of government bureaucracy.

Like Mr Atacocugu, 43, many say New Zealand's immigration system is struggling to respond to victims' wishes to bring their relatives to the country to provide physical and emotional support.

In April, the government announced what it called a "significant" offer of permanent resident visas to victims' and survivors' immediate relatives, but advocates say the rules governing who qualifies are too narrow.

Victims have also criticised what they call an opaque process for allocating funds raised for the survivors and the families of the dead.

The money is being distributed by an organisation called Victim Support, which offered its services after the attacks. Some survivors have said that the amounts of money they have received have been smaller than expected and that the government should have added to the pot.

Perhaps most frustrating is the sense among some survivors, including Mr Atacocugu, that officials simply do not understand the magnitude of the challenges they face: the trauma, the injuries, the inability to financially support themselves.

"For the first time, I started to be really angry last night," he said one day last week, recalling a conversation with the government employee assigned to help him, who, while well-meaning, did not have the answers he needed.

In the meantime, Mr Atacocugu is facing a wait of almost a year until the man accused of shooting him is brought to trial.

At a court appearance by the defendant, Australian Brenton Tarrant, in April, Mr Atacocugu was taken into the public gallery in a wheelchair, ashen and blank-faced. He was back in court last Friday, walking with a crutch, as Tarrant pleaded not guilty to 92 counts, including murder and terrorism.

The New Zealand government has taken a variety of actions to help the victims and families of the dead. 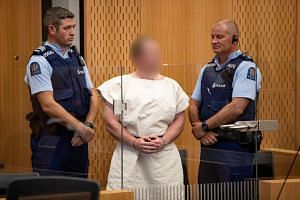 The government has assigned case managers to each of those affected, and it has covered funeral costs for those killed.

Police officers are offering driving lessons to women whose husbands died. And a state-funded programme is paying 80 per cent of the previous earnings of those who were physically injured.

This, however, has also been a point of contention: Some survivors who were not wounded and do not qualify for the money say they are too mentally traumatised to work and need financial assistance.

Part of the problem is that the government, which has never before dealt with such an event in New Zealand's largely peaceful history, has not been specific about its long-term plans for ensuring the families' welfare.

Ms Kate Gilmore, the United Nations deputy high commissioner for human rights, who visited Christchurch in April, said New Zealand's leadership "would stand out for some time" on the world stage. But she questioned the government's decision to prioritise gun reform and an inquiry into possible intelligence failures before making it clear to the families how they would be cared for.

"It's fantastic to have this sense of 'we won't hate, we'll love', but how is that delivering materially for the survivors?" Ms Gilmore said.

Mr Atacocugu, who was shot in the jaw, one arm, both legs and his hips, has been told by his doctors that he can expect a physical recovery of three to five years, and an unknown number of operations.

The government has provided him with compensation under the state-funded programme and taxis to take him to medical appointments. But he is struggling to service the loan on his kebab business.

His sister, who arrived from Turkey on March 23, has provided 24-hour care for him. She left her own work and family, and Mr Atacocugu is trying to get answers on whether the government will compensate her, given that it would need to provide him with paid care otherwise.

It would help, Mr Atacocugu said, to see his mother, as well as his nephew - who can drive, and could take him fishing, or "just to smell the fresh air", he said.

Ms Megan Woods, the lawmaker coordinating the government's response to the attacks, said in a statement that the prospect of victims navigating "a thicket of different government agencies" was why she had advocated the assignment of "individual case managers to work with each of the affected families". The government declined to comment beyond the statement. 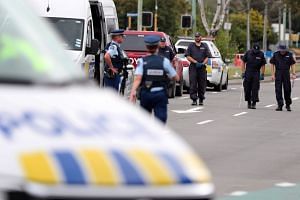 The case managers have helped, some victims said, but the workers can do only so much in the face of systemic obstacles.

While the government moved quickly to offer permanent resident visas to victims' and survivors' immediate relatives, Ms Zhiyan Basharati, a community organiser, said at least half of those affected wanted to bring relatives who did not fit the criteria.

"The categories are very narrow, and every person comes with a story," she said. "If you're disabled because of the shooting and your brother's come here to help you, your brother has a family, too."

Many of the affected families have also questioned the method by which the more than US$7 million (S$9.5 million) raised from public donations is being distributed.

Those hurt at the mosques, and the families of those who died, have received three lump sum payments. But Victim Support only recently started to consult those affected about how the funds should be divided up and who should get what. One payment is left to be distributed.

Mr Kenneth Feinberg, a lawyer who has managed many of the United States' highest-profile disaster funds since Sept 11, said the problems were largely avoidable.

He said speed, transparency and communication were crucial to making victims feel heard. But New Zealand, unlike the US after recent disasters, has not publicly named a single person to be responsible for making compensation decisions and ensuring that those priorities are met.

Mr Abdul Aziz, who is originally from Afghanistan, is among the survivors of the attacks who said transparency had been missing in New Zealand.

"These people sitting back in Auckland, or Wellington, they didn't see nothing; they didn't go through anything themselves," he said, referring to officials in the capital and the largest city.

"And now they're deciding for the victims who's the real victims and who is not real victims."

Mr Aziz was not shot in the attacks, but he was credited with driving the gunman away from the Linwood mosque by throwing one of the terrorist's weapons into the windshield of his car. He had drawn the gunman back towards the carpark while his four sons screamed for him inside the mosque.

"I sleep two, three hours a day since the incident," he said. But he has received a small fraction of the compensation that those with physical injuries have received because he did not suffer any.

Mr Atacocugu, for his part, said he did not want to stay in Christchurch long term. He wants to purchase a small property somewhere quiet. He had hoped that the government's promises might extend to helping the victims buy their first homes.

"I've had enough; I don't want this anymore. I'm so tired," he said. "Mentally I'm so tired, and physically. I hope one day I can start a peaceful life again."