SINGAPORE - One case of a new coronavirus strain reported in the United Kingdom to be potentially more contagious has been detected here, said the Ministry of Health (MOH) on Wednesday (Dec 23).

The patient is a 17-year-old Singaporean girl who had studied in the UK.

The Health Ministry said that with the B117 strain circulating in the UK, the National Public Health Laboratory is performing viral genomic sequencing for confirmed Covid-19 cases who arrived from Europe recently.

A total of 31 imported cases from Europe, who arrived in Singapore between Nov 17 and Dec 17, were confirmed to have Covid-19 infection this month.

Among them, 12 were not infected with the B117 strain, and one patient, identified as Case 58,504, has been found to be carrying the strain.

Five samples cannot be sequenced due to their low viral load, said MOH, which added it is awaiting confirmation of the results for another 11 cases who are preliminarily positive for the B117 strain.

The last two cases have not been tested yet.

MOH said there is currently no evidence that the B117 strain is circulating in the community.

“All the cases had been placed on 14-day stay-home notices at dedicated facilities or isolated upon arrival in Singapore, and their close contacts had been quarantined earlier,” it added.

The 17 year-old Singaporean girl who was infected with the B117 strain had been studying in the UK since August this year.

She returned to Singapore on Dec 6 and served a stay-home notice at a dedicated facility upon arrival.

She developed a fever the next day, and was confirmed to have Covid-19 infection on Dec 8, said MOH.

Her case was included in the ministry’s case count on the same day.

All her close contacts had been quarantined and tested negative at the end of their quarantine period, the ministry added.

“As she had been isolated upon arrival in Singapore, we were able to ringfence this case so that there was no further transmission arising from her,” MOH said.

As a precautionary measure to reduce the risk of B117 strain’s spread to Singapore, the multi-ministry task force combating Covid-19 announced on Tuesday that from 11.59pm on Wednesday, all long-term pass holders and short-term visitors with travel history to the UK within the last 14 days will not be allowed to enter or transit through Singapore.

On Tuesday, Education Minister Lawrence Wong, who co-chairs the multi-ministry task force, said after the announcement of the new travel curbs: “The preliminary assessment is that (the new strain) is 70 per cent more infectious, which is significant, and therefore we think it is prudent to stop all incoming travellers from the UK during this period until we are able to learn more about this new strain of the virus.”

Singaporeans and permanent residents returning from Britain are required to undergo a Covid-19 test on arrival here at the start of their 14-day stay-home notices.

Malaysia identifies new Covid-19 strain, similar to one found in 3 other countries

Meanwhile, 21 new coronavirus cases were announced in Singapore on Wednesday, of which all were imported, taking Singapore’s total to 58,482.

All were placed on stay-home notices when they arrived here.

Among them, three are Singaporeans and five are PRs who returned from Canada, India and the UK.

Another nine are foreign domestic workers who arrived from Indonesia, India and Myanmar.

Over 90% may need to be vaccinated to protect against new Covid-19 strain: Expert | THE BIG STORY

The British coronavirus variant: What we know so far

No new community cases and none from within worker’s dormitories were announced on Wednesday.

Overall, the number of new cases in the community has remained low, with a total of one such case in the past week, who is currently unlinked.

With 18 cases discharged on Wednesday, 58,307 patients have fully recovered from the disease.

A total of 34 patients remain in hospital, with none in intensive care, while 97 are recuperating in community facilities.

Singapore has had 29 deaths from Covid-19 complications, while 15 who tested positive have died of other causes. 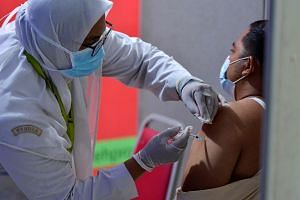 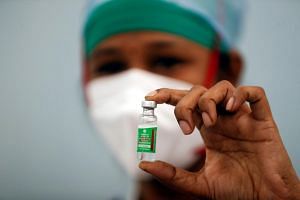 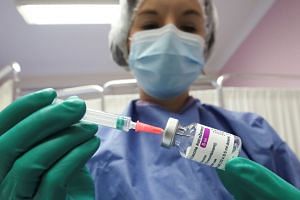 WHO approves AstraZeneca-Oxford Covid-19 vaccine for emergency use 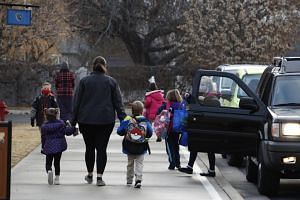 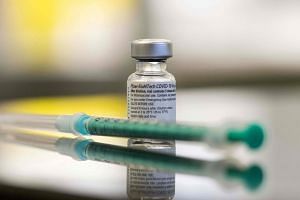 Malaysia to receive its first batch of vaccines on Sunday 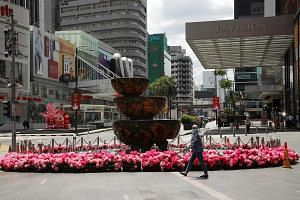 MCO extended in KL, Selangor, Johor and Penang until March 4 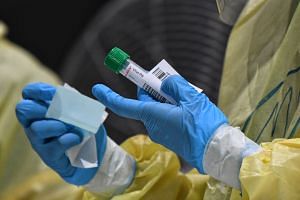 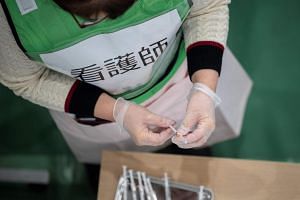 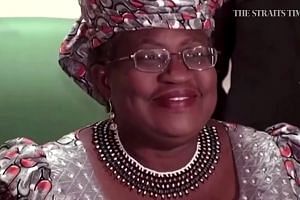 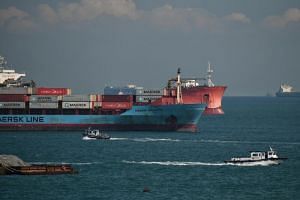 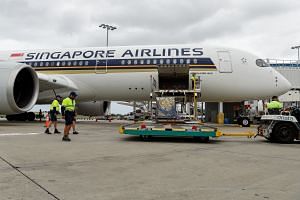