The Politburo Standing Committee decided to set up a leading group, made up of members of the party’s Central Committee, to oversee the work, said Xinhua news agency.

China can “win the battle” against the virus epidemic, Mr Xi said on Saturday in his second public comments on the crisis.

“As long as we have steadfast confidence, work together, scientific prevention and cures, and precise policies, we will definitely be able to win the battle,” he told the meeting.

The death toll from the virus rose to 41, the National Health Commission said on Saturday, while the number of confirmed cases rose to 1,372.

China has deployed 450 military medical staff, some with experience combating Sars or Ebola, to Wuhan, state media said on Saturday.

The medics, who arrived in Wuhan on military aircraft late on Friday, will be dispatched to hospitals with large numbers of infected patients, according to the official Xinhua news agency.

Wuhan is building two dedicated hospitals to treat patients, state media the People’s Daily reported, both to open in the coming weeks.

The Chinese government also said on Saturday it would ban non-essential vehicles in downtown area of Wuhan from Sunday to contain the virus outbreak, the People’s Daily said.

Beijing, meanwhile, will stop all inter-province shuttle buses from Sunday in order to curb the outbreak, local media reported. The reports did not say when bus services will be resumed.

Officials in Sanya city announced that all tourist attractions in the city would close to prevent the spread of the virus.

Hong Kong leader Carrie Lam on Saturday declared a virus emergency in the Asian financial hub, announcing a package of measures to limit the city’s links with mainland China. 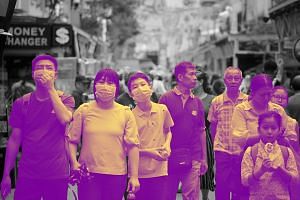 Coronavirus: Key moments of the outbreak so far

Wuhan virus: From temples to Disneyland, China shuts down to halt spread

Schools, now on Lunar New Year holidays, would remain shut until Feb 17, while inbound and outbound flights and high speed rail trips between Hong Kong and Wuhan would be halted.

South Korea has asked its citizens to leave Hubei province and those intending to go to cancel their trip.

The virus originated in Wuhan in Hubei late last year and has spread to Chinese cities including Beijing and Shanghai, as well as Singapore, the United States, Thailand, Australia, South Korea, Nepal and Japan.

The dramatic rise in the death count in China could be a signal that the virus isn't yet under control despite aggressive steps by authorities there to limit travel for millions of people who live in the cities at the centre of the outbreak.

Scientists around the globe have been working to understand the virus better, how contagious it is and where it comes from.

While movement from the heart of the cases in Wuhan and nearby areas has been limited, thousands of people left the region for other points before the bans took effect.

In the US, two cases have been confirmed in people who returned from China. And in France, Europe's first two cases were identified on Friday. In Singapore, another two people were confirmed to have the virus, bringing the total to three, the Ministry of Health said on Friday as it stressed that all measures will be taken to contain possible spread to the community.

On Saturday, Australia declared four cases of the virus.

One man was being treated in isolation after arriving in Melbourne a week ago from the Chinese city of Wuhan, the epicentre of the outbreak. He has pneumonia but is in a stable condition, health officials said.

Three other men in Sydney who also arrived recently from China had tested positive for the disease and were in isolation in local hospitals. “They are not particularly unwell,” New South Wales state chief health officer Kerry Chant told a press conference.

Malaysia on Saturday said it had confirmed three cases of coronavirus infection, the first in the South-east Asian country.

Health Minister Dzulkefly Ahmad said the three individuals infected were related to the 66-year-old man that was confirmed by Singaporean health authorities to have tested positive for the virus.

The latest case was confirmed in a woman in her 30s who lives in Wuhan.  She arrived in Japan on Jan 18, the ministry said.

The virus, first detected in the city of Wuhan last month, has sparked fears that the disease that could rival Sars, the pandemic that claimed almost 800 lives 17 years ago.

While global experts have mostly praised efforts to contain the virus, Chinese citizens are increasingly critical and anxious as the travel restrictions grow to encompass a population bigger than Australia. 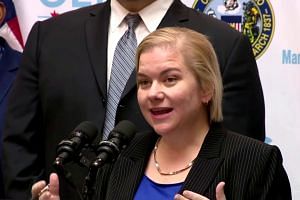 Wuhan virus: 16 people monitored for contact with US victim

The restrictions come during the Lunar New Year, the country's biggest celebration during which billions of trips are typically taken to vacation and visit family.

Beyond the restricted areas near Wuhan, major closures took place across the country amid the health fears.

Public events to mark the new year were cancelled, Shanghai Disneyland announced that it was closing indefinitely, and cinema chains cancelled movie screenings. The halt to activity comes during what is usually a peak period for spending, putting China's economic stabilisation at risk.

Guangdong and Zhejiang provinces have more infected cases than Shanghai.

US President Donald Trump, who is negotiating a trade agreement with China, praised its efforts to control the outbreak and thanked his counterpart, Xi Jinping.

"China has been working very hard to contain the Coronavirus," Trump said in a tweet on Friday.

The first case is in Bordeaux, and the other is in Paris. Buzyn said one patient, a 48-year-old man, had returned on Jan 22 from a trip to China that took him through Wuhan; she didn't provide details on the Paris patient. A third person, who is a close relative of one of the other two, has also been confirmed to have the virus, the health ministry said later.

The patient in Bordeaux was treated for symptoms the next day and hospitalised. He has been placed in an isolated room so as to not have further contacts, Buzyn told reporters at a press briefing.

"We will do everything possible to keep this epidemic under control while knowing it's possible, even probable, that there will be other cases, particularly in Europe," she said.

In the US, health authorities are monitoring more than 60 people for potential infection.

US lawmakers said health authorities are expected to confirm a third case of coronavirus, following a closed-door briefing between lawmakers in Washington and federal health officials.

"We are expecting more cases in the US and we are likely going to see some cases among close contacts of travellers and human-to-human transmission," said Nancy Messonnier, director of the CDC's National Center for Immunisation and Respiratory Diseases.

Three people in New York state are being investigated for possible infection, according to Governor Andrew Cuomo's office. A fourth person has been investigated and tested negative.

The virus is believed to have emerged last month in a seafood and wildlife market in Wuhan, spreading from infected animals to humans. It has an incubation period of about two weeks before infected people start to show symptoms, which resemble a cold or flu, the CDC said.

The CDC said it's working to get tests for the virus out to states so they can more quickly identify cases. Currently, samples have to be sent to the CDC for analysis.

"This situation is rapidly evolving. Information is coming in hour by hour, day by day," Messonnier said.