SINGAPORE - A seventh player entering the MediShield Life integrated plan market next month will offer a new feature that could prove attractive to working-age people.

Raffles Health Insurance (RHI), wholly owned by Raffles Medical Group (RMG), will offer the option of a deductible of $10,000 instead of $3,500. Policyholders then pay premiums that are 20 to 30 per cent lower.

The deductible is the amount a person has to pay each year before the insurance kicks in. It varies with the hospital ward class. For example, the minimum deductible for A Class wards and private hospitals is $3,500.

Dr Loo Choon Yong, RMG's executive chairman, said this will help people who work in companies that provide medical coverage - since they would not need the full cover of an Integrated Shield Plan (IP) - to save money on their premiums.

"They can upgrade to the regular deductible when they retire or move to a company that does not have medical cover," he said, adding that there will be no penalties and they just have to pay the non-discounted premiums.

This flexibility could be a boon to working adults as it might not be feasible for them to wait till they retire to buy an IP as they may have developed a chronic problem that could result in insurers not accepting them, charging them higher premiums, or excluding problems related to their chronic ailments. 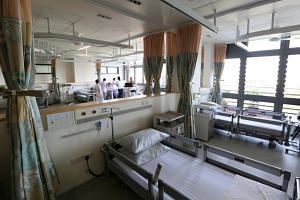 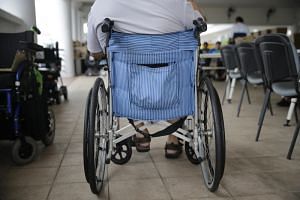 ST explainer: How the changes affect you

askST: What should I know about the new riders of MediShield-linked Integrated Shield Plans?

Two years ago, AXA became the sixth insurer to offer IPs that sit atop the basic MediShield Life. The IPs cover for non-subsidised care. About two in three of Singapore's local population of 4 million have IPs today.

But even before AXA entered the market, the other insurers have been complaining of underwriting losses that have lead to hefty premium increases over the years. Premiums for IPs range from less than $200 a year to more than $11,000, based on a person's age and coverage.

Dr Jeremy Lim, a health economist and partner in consultancy firm Oliver Wyman, said a new player could fragment the market further. He said: "A new entrant offering the same or very similar products would be unhelpful. It would simply fragment the customer base even more and lessen further any economies of scale."

That would merely lead to premiums escalating. But if it offers something different, it could be good, he added.

"If the proposition is fundamentally different and even game-changing, for example in the use of technology, novel healthcare provider partnerships and so on, then this new entrant could shake up the industry," he said.

"This would be very exciting and really could benefit consumers."

Dr Loo is betting on his scheme being a game-changer. The new IP will also accept people with pre-existing diseases, subject to underwriting.

He said RMG, which runs Raffles Hospital, a specialist centre and a chain of clinics, will work with policyholders to help them maintain or improve their health. If they succeed, it would also lead to lower premiums for policyholders.

On signing up, patients with pre-existing illness will have pre-defined exclusions which will kick in should their condition deteriorate.

Ms Christine Cheu, general manager of RHI, said the new IP will also allow people to start with a B class plan and upgrade to an A class plan, even if they have developed a chronic ailment by then, so long as they do so within five years.

Dr Loo hopes that the new features will attract many of the 200,000 new annual IP sign-ons. These comprise new joiners as well as people who switch to a different insurer.

Note: This story has been edited for clarity.