SINGAPORE - Another piece of the jigsaw to prepare Singapore for its ageing population, a national long-term care insurance to provide financial aid to those afflicted with severe disability, will be launched in 2020.

Called CareShield Life, the government-run scheme will be compulsory, automatically getting everyone who is between the ages of 30 and 40 in 2020 to start paying premiums. Future cohorts will join at the age of 30.

For them, the scheme replaces the optional ElderShield, offered by private insurers. CareShield's scope of coverage is also wider.

Should disability strike and a policyholder require care, he will receive a payout of at least $600 a month, for as long as care is needed.

In contrast, the ElderShield scheme pays $400 a month for up to six years, but with lower premiums paid over a shorter period.

People over 40 years old in 2020 have the option of sticking with ElderShield or switching to the new scheme in 2021 by topping up their premiums. 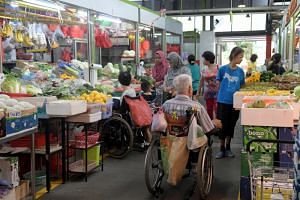 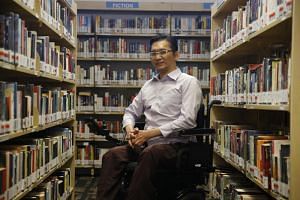 Good that Careshield Life is inclusive, but payouts need to be higher: Young Singaporeans

CareShield Life: A good scheme that engenders social cohesion, but a couple of puzzling points

Health Minister Gan Kim Yong said that over the past three years, the Government "has been preparing Singaporeans for an ageing population", including providing more nursing home and day-care facilities, the Pioneer Generation Package and MediShield Life.

This review "is another important step in this journey", he said.

"It is an important strategy for us, an important part of our social safety network for Singaporeans in terms of long-term care. It also reflects the inclusive society that we aspire to build."

To ensure premiums are affordable no matter a family's income, Medisave can be used to fully pay for the new scheme. There will be permanent premium subsidies of 20 per cent to 30 per cent for people who qualify, and additional support for those who still cannot afford the premiums.

People who are disabled at the age of 30 will make one premium payment to join, and can start collecting payouts immediately.

Payouts will increase to adjust for the higher cost of long-term care in future, so long as the person is still paying premiums. So the payout amount in the year they turn 67 will be the payout they receive in future.

To pay for this, premiums will increase over the years. How much each will increase by will be decided by a council that will be appointed.

The recommendation for the scheme to be made compulsory and for the Government to run it was made by the ElderShield Review Committee headed by Mr Chaly Mah.

Their report was submitted on Friday (May 25) to Mr Gan, who said: "The Government accepts the committee's report and agrees with the key recommendations." He said there was "some tension in our own deliberation and discussion on whether $600 was enough or not". But higher payouts would mean higher premiums.

The committee also urged the Government to provide incentives and subsidies to encourage older people, for whom it is not compulsory, to join CareShield Life.

Dr Chia Shi Lu, head of the Government Parliamentary Committee for Health, said the GPC agrees it should be mandatory as it is an "integral part of our social safety net".

It also wants the Government to run the scheme "so there is less concern about commercial interests affecting premium and payout adjustments". Said Dr Chia: "It would be naive to say that commercial calculations do not play any role."