SINGAPORE - A story that went viral on my Facebook feed this week was a Straits Times story on the first National Literary Reading and Writing Survey by the National Arts Council (NAC).

The survey found that fewer than one in two Singaporeans have read at least one “literary book” a year.

Only 44 per cent of 1,015 people aged 15 and above surveyed had read at least one literary book, literary being defined as “fiction, poetry, drama, children's and young adult literature, graphic novels, creative non-fiction, critical writing and anthologies”. 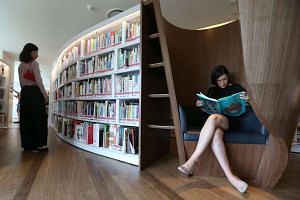 Quite frankly, I thought 44 per cent was a bit on the high side. To my mind, a more accurate gauge would be to take out about 15 per cent of the total, since the survey included permanent residents, in “a sample size that was representative of the population”.

According to the 2015 Population In Brief report, PRs comprised about 15 per cent of Singapore’s resident population, deleting that percentage would offer a more accurate reflection of the number of Singaporeans who read. And that more accurate figure, I suspect from long years as books and arts reporter, would be lower than 44 per cent.

The definition of “literary book” also seems rather generous: I would drop creative non-fiction and critical writing from that list for a more strictly classical definition of literary.

By the time I get through these mental calculations, the figure would probably be closer to one in four Singaporeans reading a “literary book” a year, which sounds about right. 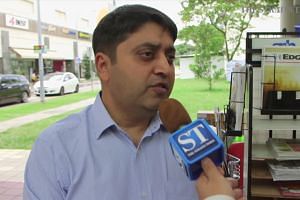 Singaporeans say they have no time to read

While cynical me was thinking the survey paints too positive a picture, there was some horrified handwringing in the comments I saw accompanying the article.

What surprised me was that anyone found this survey’s results surprising at all.

After all, this is Singapore, where literature has been an optional subject for the past two decades. Where the number of students studying the subject has plummeted from 16,970 in 1992 to 3,000 in 2012.

Where there is periodic lip service paid to the importance of reading and learning without much effort to redress the root causes of the population’s disinterest in the pursuit.

The educational system is responsible, for a good part, in establishing that disinterest. When you make literature an optional subject, you are also telling generations of students - this is not a useful subject, it is hard, it is not relevant to your lives.

That is the subliminal message that carries over into the students’ adult lives.

And once they enter adulthood, it is practically impossible to drag them back into the habit of reading. The corporate career rat race kicks in; the demands of family life make themselves felt; and the lure of social media turns everyone into a mobile zombie glued to their devices at every opportunity.

To be honest, even I, a lifelong bookworm, have to make a conscious effort to put down my phone, stop checking my e-mail and Facebook every hour, in order to dedicate big chunks of time to a book.

So in the light of my own experiences, here are some practical tips to increase reading consumption for time-strapped and mobile-addicted Singaporeans. And they are listed in order of ease of transition, starting with the easiest re-entry into the world of books to the hardcore, that is, an actual book book.

The book nerd in me considers this a cheat, but hey, a story is a story. Plus with digital downloads, audiobooks are less expensive than they used to be, and the range of titles available is quite expansive. I have a membership plan with audible.com, an amazon.com company.
For US$14.95 a month, I get a credit (which can be used to buy a book), a 30 per cent discount on audio book purchases, as well as an audio subscription to either The New York Times or The Wall Street Journal.

If you can’t beat them, join them. You cannot expect a mobile phone addict to go cold turkey, so you might as well use the platform to serve up reading material.
Here they are, listed in order of shortest reading pieces to longest.

Poetry app
Created by The Poetry Foundation, this app offers everything from Shakespeare sonnets to contemporary creations. Find poems organised under themes, play a poem roulette to discover random works and there are poetry readings too. Available for both Apple and Android devices.

Storyville app
This one costs US$4.99 for a six-month subscription on Apple devices and US$1.49 a month on Kindles. Subscribers get a new short story a week, and these stories are written by respected and prize-winning authors such as Colum McCann. The bonus are the occasional older gems from writers such as Franz Kafka and D.H. Lawrence.

E-book apps
OverDrive is the app that the National Library Board uses to deliver e-book content to readers. Use it to borrow English language e-books and audiobooks. For Chinese e-books, library users have to use Apabi.

There is also the Kindle app, which is a lot more convenient than lugging an extra gadget around with me. I still have my Kindle e-book readers at home, but now, I toggle between my OverDrive and Kindle apps on both my iPhone and my iPad.

Poetry
You may think poetry is tough, but poems are short and sweet. Each poem takes just a few minutes to read, and the better ones repay you on closer re-reading. If poetry as a genre sounds intimidating, try even shorter variations. Japanese poet Matsuo Basho’s haiku are considered the pinnacle of the form and each haiku is only 17 syllables long.
Or you could dive into comic poetry: Singaporean poet Gwee Li Sui’s Who Wants To Buy A Book Of Poems? (1998) was recently republished as Who Wants To Buy An Expanded Edition Of A Book Of Poems?. Besides his localised jokes which will resonate with Singaporeans, the book is illustrated with his irreverent sketches.

Graphic novels
Okay yes these are comics. But there are comics for grown-ups.

If you like fairy tales, check out Bill Willingham’s excellent Fables series which relocates fairy-tale characters to a modern day New York.

Women may want to read The A-Force and Ms Marvel, both written by the brilliant G. Willow Wilson, a female Muslim American writer who is upending gender conventions in her comics.

Those who like current affairs can look for Joe Sacco’s impressive works of graphic journalism such as Palestine, based on his experiences in the West Bank and Gaza, and The Great War, a breathtaking foldout graphic novel which tells the first day of the Battle of Somme in 1916.

And of course, there is home-grown talent Sonny Liew’s The Art Of Charlie Chan Hock Chye, an awesome amalgamation of comic art history and socio-political excavation.

Or pick up a collection from the wide range by local writers. There are the classic collections from established writers such as Catherine Lim, Claire Tham, Simon Tay and Philip Jeyaratnam. And newer writers offer everything from humour, such as Felix Cheong’s successful Singapore Siu Dai series, to more thought-provoking stuff, such as Amanda Lee Koe’s Ministry Of Moral Panic which won the 2014 Singapore Literature Prize for fiction. Besides the localised flavour of the story-telling, these bite-sized stories can each be consumed on the go, on the train and in waiting rooms.

If you are going to cheat with a young adult book, for goodness' sake pick up a classic with better prose and narrative power such as Harper Lee’s To Kill A Mockingbird, J.D. Salinger’s The Catcher In The Rye or Philip Pullman’s His Dark Materials trilogy. The first two are surprisingly short and easy reads, while Pullman’s offers much more sophisticated storytelling (and a way more exciting plot) than J.K. Rowling’s Harry Potter series.

Oh where to begin? Just walk into a proper bookshop or library, and pick up anything that catches your eye. Just remember that reading is also supposed to be fun and you should enjoy it rather than consider it a chore.