BANGKOK - Thailand's Future Forward Party, a progressive political party popular among youths, has hit back at a remark made by the army chief claiming that it uses fake news to brainwash the younger generation.

Army Chief General Apirat Kongsompong had told Reuters in an interview that the Thai army is fighting a hybrid war waged by those using fake news to turn the young against the military and the monarchy.

Although he did not name names, General Apirat pointed to a party "born a couple of years ago", which used a "platform of propaganda directed to (people) when they were 16 and 17" - a likely description of the Future Forward Party, founded in March last year.

"I believe his understanding of what fake news is doesn't match the term used internationally," Ms Pannika Wanich, the party's spokeswoman, told The Straits Times on Monday.

"The party agrees that fake news is a serious issue worldwide which has also created discord in the Thai society. But we're the victims, not the perpetrator."

A lawmaker from the pro-military Palang Pracharat Party also suggested that Future Forward could have links to a series of small bomb blasts in Bangkok that injured four people earlier this month.

Although police investigations into the bombings have not yet concluded, police chief Chakthip Chaijinda told a press conference last week the attacks were likely political - as had been the case with around 90 per cent of previous bombings.

The attacks also occurred at a crucial time with the Thai capital hosting high-profile meetings with world leaders and the newly-appointed cabinet, headed by former junta leader Prayut Chan-o-cha, having just begun work.

Ms Pannika accused the general of making a "very dangerous comment" about Future Forward, saying: "Although we're known to be popular with the young generation, our party doesn' t cater to only one group. What [the general] said is in fact creating a discord among different generations. 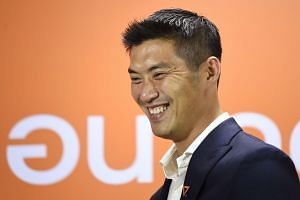 "We're not against the military. It is an important institution in Thailand. But we support a modernised military. General Apirat said before that the army won't interfere with politics, but he is doing exactly that."

Known to be ultra-conservative, royalist and outspoken, the army chief has made several other strong comments against those criticising the army and the revered monarchy.

When Future Forward and Pheu Thai, a party linked to former prime ministers Thaksin and Yingluck Shinawatra, who were both ousted in military coups, suggested an army budget cut and an end to conscription ahead of the March election, General Apirat said they should listen to the song loosely translated as "Scum of the Earth" - a controversial anti-Communist song that arguably led to a bloody crackdown on student activists in 1976.

In April, he also called leftists who had studied abroad "pretentious" for wanting to westernise Thailand's regime, saying Thailand already has a democracy, but simply in a Thai style.

Dr Paul Chambers, a political science professor at Naresuan University in northern Thailand, said he believes General Apirat's comments "are meant to intimidate and delegitimise (Future Forward) by linking it to the Thai communist party of the past and hence to anti-monarchism.

"The army fears (Future Forward) because it could potentially succeed in shifting urban public sentiment against the army."

In its first-ever election campaign this year the party caused a surprise by winning 81 seats in the 500-member lower house - despite none of its members having any political experience.

However with many legal cases against key members of the party - ranging from computer crime violations to sedition for their criticism of the previous military regime that came into power in a 2014 coup - the party is facing not only intimidation, but also the possibility of being dissolved entirely.

"Basically, the Apirat-led military is spearheading the establishment's opposition to (Future Forward) by any means possible, which raises the spectre of Apirat perhaps using violence to forcefully intimidate it," said Dr Chambers. He added that the party "will be lucky to survive until the end of the year without getting dissolved".