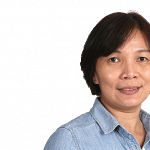 BANGKOK - The Bangkok Metropolitan Administration (BMA) said on Tuesday (April 18) it will continue to sweep street vendors off the city's main roads, with the exception of Yaowarat in Chinatown and backpackers' haven Khao San, as part of efforts to improve cleanliness.

The BMA, which formulates and implements policies for the capital, launched a sidewalk clean-up operation this year.

It has already banned illegal street vendors selling everything from clothes to food at Siam Square and Pratunam, where the sidewalk mayhem slowed down pedestrians and caused traffic jams.

Dr Vallop Suwandee, chief adviser to the Bangkok governor, told The Straits Times that street vendors in Yaowarat and Khao San roads will be allowed to stay because tourists flock to those places for the street culture, including the food.

But he said the vendors will have to follow zoning and scheduling regulations imposed by BMA.

"There will be no relocation, they will be at the same place but in an orderly fashion and they need to follow food sanitation rules," he said over the phone, adding that the BMA wants to "promote night activities".

Dr Vallop said they will meet the business associations in Yaowarat and Khao San to discuss the issue, and would need to consult the traffic department before imposing a zoning scheme in these areas.

"It is virtually impossible to clear all of Bangkok but it will also be absurd to return to the previous setting," Dr Vallop said.

"All the others, they need to be gone. They have to be cleared, there's no exceptions," he said of street vendors in other districts in Bangkok, which BMA plans to clear out by end of this year.

The Nation reported on Tuesday that the Khao San Business Council was not aware of BMA's plans.

"There are more than 200 street food vendors in Khao San Road and they are the uniqueness of our district that attracts many tourists from around the world," the newspaper quoted Piyabutr Jiuramonaikul, council president, as saying.

Bangkok is known for its street food. Last month, it was named the finest street food destination in the world by CNN for the second year.