PUTRAJAYA - The corruption case against Malaysia's Finance Minister Lim Guan Eng was dropped after fresh evidence surfaced during the trial, a deputy public prosecutor (DPP) said in a statement issued on Tuesday (Sept 4).

Without giving details, DPP Mohamad Hanafiah Zakaria said in his statement that fresh evidence had arisen during the cross-examination of prosecution witnesses.

"I concluded that as a result of the cross-examination of the prosecution witnesses who has testified so far, the evidence supporting the first charge under section 23 of the MACC (Malaysian Anti-Corruption Commission) Act and under section 165 of the Penal Code has been substantially weakened. This conclusion was arrived in the light of fresh evidence that has arisen during the cross-examination of prosecution witnesses," he said.

He added: "I would not be fulfilling my duties as deputy public prosecutor to let the case continue knowing full well that the case against both Lim Guan Eng and Phang Li Koon would not succeed at the end of the prosecution case."

On Monday, the Penang High Court acquitted Mr Lim of two charges - that he used his former position as chief minister of Penang to approve the conversion of land, and that he gained gratification for himself by buying a bungalow below market value.

His acquittal comes after his lawyers filed representations to the Attorney-General's Chambers (AGC) for the case to be dropped after the Pakatan Harapan (PH) government took power in May, arguing that the charges against Mr Lim were politically motivated.

Mr Lim had pleaded not guilty to the charges in 2016, when PH formed the opposition.

Businesswoman Phang Li Koon, who sold the bungalow to Mr Lim, was also acquitted of the corruption charge against her.

Anti-graft agency MACC said on Monday it was shocked by the decision of the AGC to withdraw the case, saying the decision was made by the A-G's office and not the MACC. 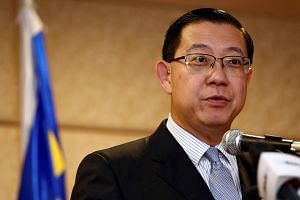 Meanwhile, opposition politicians and civil society groups have questioned this "selective non-prosecution", and asked the AGC to give reasons for its decision.

Some lawyer groups have also called for A-G Tommy Thomas, recently appointed by the PH administration, to resign for not upholding the rule of law.

Datuk Mohamad Hanafiah said that Mr Thomas had no hand in the decision to withdraw the case, after he recused himself from the matter in August.

He also stressed that the decision to initiate or discontinue any prosecution is a matter within the prerogative and powers of the Public Prosecutor, and that his decision was arrived at without any influence from any quarters.

The prosecution had initially asked for a discharge not amounting to an acquittal, but the judge ordered a full acquittal instead.