WASHINGTON (BLOOMBERG, REUTERS) - Hackers working for the Chinese government are trying to steal valuable research on coronavirus vaccines and treatments from US health care, pharmaceutical and research organisations, the FBI and the Department of Homeland Security warned on Wednesday (May 13).

"China's efforts to target these sectors pose a significant threat to our nation's response to Covid-19," the Federal Bureau of Investigation and DHS's Cybersecurity Infrastructure Security Agency said in a joint statement.

"The potential theft of this information jeopardises the delivery of secure, effective and efficient treatment options," the agencies said.

The announcement represents an escalation in US efforts to combat Chinese espionage and cyber-attacks.

It comes as President Donald Trump attempts to blame the Chinese government for not doing more to prevent the global spread of the coronavirus, which has killed more than 80,000 people in the US and ravaged the economy.

The alert did not explain whether the alleged goal of the Chinese hackers was solely to steal data on coronavirus treatments in development or to interfere with US efforts to create a vaccine by disrupting or disabling computer networks. The alert also did not say whether any hacking attacks have been successful.

The Chinese Embassy in Washington condemned the allegations as "lies."

"The FBI issued a warning based on presumption of guilt and without any evidence," the embassy said in a written statement, adding the US accusation "undercuts the ongoing international cooperation against the pandemic."

China’s foreign ministry, responding to the allegations on Thursday, said it opposed what it called slander from the United States.

Foreign ministry spokesman Zhao Lijian added on Thursday that any action online to sabotage efforts against the disease should be condemned.

Countries and companies are racing to develop vaccines and treatments for Covid-19, the disease caused by the coronavirus. Those that succeed are likely to reap tremendous economic and political advantage.

"The geopolitical significance of being the first to develop a treatment or vaccine means the Chinese will try to use every tool - both cyber intrusions and insiders - to get it," Demers said in a statement.

The Justice Department likely would bring criminal charges against Chinese hackers targeting virus research if the evidence warrants such action. 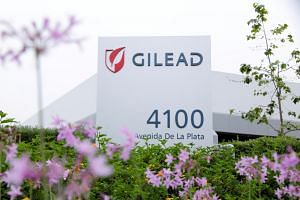 Wednesday's alert said the FBI "is investigating the targeting and compromise of US organisations conducting Covid-19-related research by PRC-affiliated cyber actors and non-traditional collectors," referring to the People's Republic of China.

"These actors have been observed attempting to identify and illicitly obtain valuable intellectual property (IP) and public health data related to vaccines, treatments and testing from networks and personnel affiliated with Covid-19-related research."

The agencies said additional technical details on the threat will be released in the coming days.

The recent activity is partly driven by China's desire to build "an alternate narrative" about the coronavirus in which "they are the international good guys in the virus battle," said James Lewis, senior vice-president and director of the technology policy programme at the Centre for Strategic and International Studies, a think-tank based in Washington.

In China's desired narrative, the country would develop a vaccine, which would allow President Xi Jinping to demonstrate that China has "pulled ahead of the US and can safely be the world leader," Lewis said.

The US and Britain jointly announced this month that the two countries were investigating hacking incidents against pharmaceutical companies, medical groups and universities involved in research related to the coronavirus. They did not attribute the incidents to a specific country. 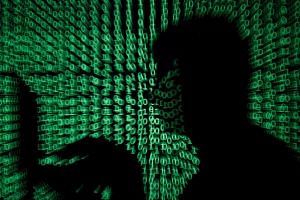 Hackers target WHO by posing as think-tank, broadcaster

For decades, the US has accused China of extensive economic espionage and intellectual property theft, including spying on pharmaceutical companies. This prompted a 2015 agreement between the US and China prohibiting such theft for economic gain - which the Trump administration has accused China of violating.

China has denied it engages in such practices.

Beyond the hacking allegations, officials from the State Department and Justice Department have accused China of spreading disinformation about the pandemic to further its strategic goals.