WASHINGTON (BLOOMBERG/WASHINGTON POST) - President Donald Trump signalled his intention to impose tariffs on US$50 billion (S$67 billion) in Chinese imports and curbs on investments in sensitive technology, sending a hawkish message to Beijing days before the latest round of trade talks between the world's two largest economies.

In a statement on Tuesday (May 29), the White House said tariffs of 25 per cent will be applied to Chinese imports containing important technologies, including those related to Beijing's Made-in-China 2025 development programme.

The final tariff list will be made public by June 15, with the new import taxes taking effect "shortly thereafter".

It is the most specific the administration has been about when the duties will take effect.

The White House also said new restrictions on Chinese investment and enhanced export controls will be announced by June 30, with implementation soon after.

It is the latest twist in a trade dispute between the US and China that has roiled financial markets and prompted the International Monetary Fund to warn of a trade war that could undermine the broadest global upswing in years.

The moves come less than 10 days after Treasury Secretary Steven Mnuchin said that the trade war with China was "on hold".

Commerce Secretary Wilbur Ross is due in Beijing on Saturday for talks aimed at cooling trade tensions between the two countries. 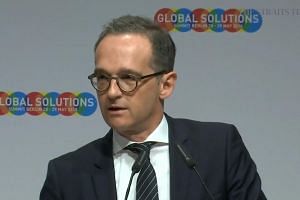 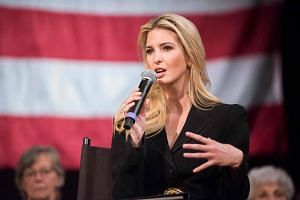 Ivanka Trump wins China trademarks, then her father vows to save ZTE

The announced measures also come amid bipartisan criticism of Mr Trump's softening of penalties for ZTE, a Chinese telecom company that had traded with Iran and North Korea in defiance of US sanctions.

Last week, Mr Trump said he would allow ZTE to stay in business after Beijing pressed Washington to give ZTE a break. The reversal was criticised by lawmakers from his Republican Party as well as the opposition Democrats over national security concerns.

"I think this is a bone to the Congress. I don't know if it's the right thing to do," said Dr Derek Scissors, a China expert at the conservative American Enterprise Institute.

Mr Trump has vacillated in recent weeks over how hard to push Beijing over issues such as tariffs and intellectual property. The dispute began in March, when his administration threatened to slap tariffs on up to US$50 billion in Chinese shipments to punish Beijing for violating American intellectual property rights.

After Beijing promised to retaliate in kind to any duties, the President raised the ante to slapping tariffs on an additional US$100 billion in Chinese goods. However, the US has yet to publish a list of target products for the US$100 billion worth of products, and the White House statement makes no reference to the second potential tranche of duties.

The latest signal from the White House sounds like the more hawkish wing of Mr Trump's trade team is trying to amplify its hard line.

The White House statement also said the US plans to continue litigation at the World Trade Organisation over China's intellectual-property practices.