KKH finds 'going under' raises odds of a child having a learning disability, but scope of study is limited

There is growing evidence, both here and abroad, that "going under" could impair the long-term development of the brain in the very young.

Children who had surgery before they reached four years old, for instance, appeared to have lower language abilities and cognition, and lower brain mass, according to a United States study published in June.

In Singapore, a study has shown that having general anaesthesia very early in life could affect a child's academic development.

Researchers at KK Women's and Children's Hospital (KKH) found that such exposure raises the odds of a child having a learning disability by the age of 12. Those who had general anaesthesia for minor surgery during infancy were 4.5 times more likely to be diagnosed as having a learning issue.

Currently, most children who have general anaesthesia in infancy do so for compelling reasons. However, said Dr Bong, there are some infants who undergo general anaesthesia for minor elective surgery. Parents should discuss the risks and benefits of the procedure with their healthcare providers before deciding to go ahead, she said.

At first, the investigators looked at the children's PSLE scores.

"We found that, for children exposed to general anaesthesia who took the PSLE, there was no difference in scores compared to the unexposed group," said Dr Bong Choon Looi, a senior consultant at the department of paediatric anaesthesia in KKH who led the study.

The mean PSLE score was 204.3 for the exposed group without learning disabilities, compared with 205.7 for the control group.

However, when the investigators dug deeper, a different picture emerged.

There was a disproportionately high number of children - 15 out of 100 - in the exposed group who were diagnosed with a learning disability, such as dyslexia or language disorder, or had to go to special schools, said Dr Bong.

In the control group, four were diagnosed with a learning disability.

For those with learning disabilities, the mean PSLE score was 172.6 for the exposed group, and 198.8 for the control group.

The study results were published in 2013 in the international journal Anesthesia & Analgesia. 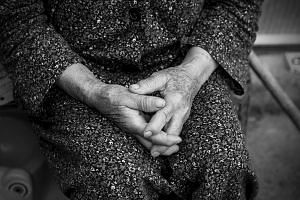 However, Dr Bong warned that these results should be interpreted with caution as the study has several limitations.

One reason is the small number of participants. Also, parents of exposed children - who worry that their children may have a learning disability - may have been more likely to agree to take part in the study, said Dr Bong.

More importantly, the study does not prove that these learning difficulties were caused by general anaesthesia, she added.

Last year, about 8,000 infants and children below 18 years old had general anaesthesia at KKH.

About 35 per cent of these were for children aged four or below.

Many parents question if exposure to general anaesthesia at an early age would affect their children's brain development in the long term.

Unfortunately, doctors currently have no reassuring answer for them. What is clear is that more research is needed.

The pilot study has provided the impetus for doctors to continue studying this, said Dr Bong, who is also a member of the Singapore Society of Anaesthesiologists (SSA).

Until then, doctors do not have enough evidence to recommend any changes to existing techniques that use general anaesthesia, she said.

Dr Bong is now leading two studies to find out and to explore alternatives to general anaesthesia for the very young.

One of the studies, Egain, aims to track healthy children who had general anaesthesia for minor surgery below the age of one.

Their brain development, including memory, language, motor, social and emotional development, will be assessed at the ages of six months, 18 months, two years and three years. The results will be compared with those of a control group.

One 3l-year-old mother, who wanted to be known only as Madam Moh, has a two-year-old son taking part in the Egain study. He had surgery before the age of one to repair an undescended testicle.

Noting that there have been conflicting findings on the long-term effects of anaesthesia for infants and young children, she hopes more research will be done.

"Parents can then make an informed decision whether to allow their child to undergo surgery or to postpone treatment, taking into account all the pros and cons," she said.

The other study is called Dega. It will explore a new way to do inguinal hernia repair in babies, one of the most common operations performed in infants. The new technique uses a type of local anaesthesia in place of general anaesthesia.

So far, doctors have successfully used the local anaesthesia method in over 50 babies.

They are now comparing the brain development outcomes of children who underwent this technique with those who had general anaesthesia.

These studies are being done in collaboration with scientists from the Singapore Institute for Clinical Services under the Agency for Science, Technology and Research.

They are using tests that are more sensitive in measuring brain development, rather than comparing the children's PSLE results.

For example, the speed of information processing will be measured by electroencephalogram, which monitors and tracks brain waves.

Lower processing speed could be linked to language impairment and attention deficit disorder.

If a child is found to have any brain, motor or behavioural development issues, early intervention and help could be offered, said Dr Bong.

As more studies have been done in the last few years, doctors have become more concerned with long-term effects of general anaesthesia, said Dr Josephine Tan, a senior consultant in the department of paediatric anaesthesia at KKH.

Both the very young and the elderly appear to be more vulnerable to the subtle adverse effects of general anaesthesia, said Dr Tan, who is also the president of SSA.

She said there is no doubt that urgent surgery should proceed with general anaesthesia, but that it is not so clear for non-urgent procedures. Currently, most children who have general anaesthesia in infancy do so for compelling reasons.

However, said Dr Bong, there are some infants who undergo general anaesthesia for minor elective surgery, such as hernia repair, circumcisions, and aesthetic procedures.

Parents should discuss the risks and benefits of the procedure with their healthcare providers before deciding to go ahead, she said.