SINGAPORE - Tackling the food waste issue requires an overhaul in the food supply chain, with surplus on the shelves donated or sold at a discount at food banks, and food that may otherwise end up in the bin reintroduced as useful by-products, a new study has suggested.

The study by non-profit Singapore Environment Council (SEC) and consultancy firm Deloitte Singapore found that a "circular economy for food" is one way for Singapore to cut its food waste - a problem that is estimated to cost the Republic $2.54 billion worth of food annually.

Among the suggestions, farmers could consider turning perishables such as fruit and vegetables into longer-lasting products, such as jam, or using technology so there is less wastage, for example, from eggs breaking.

When eggs do break, farmers can consider turning them into by-products such as liquid or powdered eggs, the study suggested. It also recommended deep-freezing seafood so that they last longer.

SEC chairman Isabella Huang-Loh said there is an urgent need to reform the current food supply chain in Singapore.

"Food waste is a major concern in Singapore, one that is complex and where there is simply no one solution. The findings from our study will help to sharpen our focus on the urgency of food loss and prevention as part of climate change mitigation."

Although key findings were announced earlier, the full study was released on Tuesday (Aug 27) at an SEC event, which was attended by Minister for the Environment and Water Resources Masagos Zulkifli.

In his speech, Mr Masagos said: "Food waste will be one of the areas we will put special focus on, as it is one of the biggest waste streams in Singapore."

Food wasted is food that could have fed others, he said, and food wasted is also a waste of resources used to grow, harvest, transport and package food. 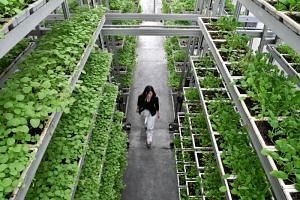 One-fifth of fresh food lost and wasted before they reach consumers: Study

This year has been designated as Singapore's Year Towards Zero Waste because the Government wants to rally Singaporeans to treasure resources and to make the 3Rs (reduce, reuse and recycle) a social norm, said Mr Masagos.

He added that Singapore's first Zero Waste Masterplan will be launched later this week.

The Republic produces less than 10 per cent of its food needs locally, and has to import two million tonnes of fresh produce each year.

The study, however, found that one-fifth of total food in Singapore is lost and wasted in the food supply chain.

This translates to 393,000 tonnes of vegetables, fruit, fish, seafood and eggs that are spoilt and damaged during the post-harvest stage, storage, packaging and transportation each year.

Around 342,000 tonnes of food waste occur in Singapore, the study found. The lion's share - more than 144,000 tonnes - is lost when imported food lands in Singapore.

To combat wastage, one of SEC's key recommendations is for people to consume more locally grown food.

The Government has set a target for local production to meet 30 per cent of Singapore's nutritional needs by 2030 - more than a threefold increase from current levels of production.

To this end, the Singapore Food Agency (SFA) has introduced a slew of initiatives to boost local farming capabilities.

They include an Agriculture Productivity Fund, which farmers can tap to modernise and harness innovative, sustainable technologies and advanced farming systems.

But the study also highlighted the importance of educating consumers on the food waste issue, and how to tackle it at their end.

It found that of the 1,000 respondents, 80 per cent generally throw away 10 per cent or more of their uncooked and unconsumed food items.

Overall, an estimated 26,000 tonnes of unconsumed food is thrown away by households annually.

Food waste is not just a problem in Singapore.

Earlier in August, an international panel of scientists released a report highlighting that between 25 per cent and 30 per cent of total food produced is lost or wasted globally.

The Intergovernmental Panel on Climate Change's (IPCC) special report on climate change and land had zoomed in on how human and climate drivers were threatening food security, and that tackling food waste could reduce pressure on farms and agricultural resources.

An SFA spokesman told The Straits Times following the release of the IPCC report that it is exploring Good Samaritan laws for Singapore to ease business concerns over the donation of excess food.

Good Samaritan laws essentially protect those who provide help from criminal or civil liability, and help to allay concerns over liability issues in donating food items.

The SFA spokesman said it is still important to ensure that any food donated is fit for consumption.

"In considering the feasibility of such laws, there is a need to strike a balance between facilitating food donation and ensuring that food donors and food distributors exercise due care and practise good hygiene when distributing donated food."

The possible introduction of Good Samaritan laws won praise from the food and beverage outlets ST spoke to.

Ugly Cake Shop co-founder Lisa Tan said: "It would be beneficial to protect businesses that try to donate food to the less fortunate.

"However, the onus is also on the F&B operator to provide relatively fresh items to the beneficiaries and ensure food safety."

He said: "This could make a significant positive impact by directing excess food to where it is needed. We have also worked with food donation organisations across the Asia-Pacific that have identified challenges in distributing food to beneficiaries.

"The beneficiaries may not want to be labelled as 'needy' and as a hospitality organisation, we also believe that we have a role to play in supporting programmes that are designed with these customers in mind."