When Putra Zayan Mohd scored an aggregate of 262 for his Primary School Leaving Examination (PSLE) last year, enough to get a place in Raffles Institution where the cut-off was 257, his teachers and classmates celebrated.

A pupil from a little known neighbourhood school in Tampines, Yumin Primary, was heading for a school dubbed by The Wall Street Journal as the most successful high school in the world because of the high number of its students admitted to top American universities.

The only son of a full-time Grab driver and housewife, Putra lives in a three-room flat with his ailing grandmother. He receives full financial aid for school.

RI principal Frederick Yeo is encouraged that the chatty, articulate boy is one of several students who, despite coming from a low-income household, made it to RI. But even he admits the numbers are falling.

The issue of Singapore's top schools becoming closed circles instead of social levellers has again come under scrutiny after Prime Minister Lee Hsien Loong highlighted the problem of stratification in Parliament last week.

Speaking on social mobility, a key point raised by President Halimah Yacob in her inaugural President's Address, PM Lee stressed how it must not be "difficult or impossible for others with talent or ability, but lacking the right backgrounds and connections" to be welcomed into elite groups and rise to the top.

He went on to describe how over the years, RI has become less diverse. Just about half of current RI students live in public housing (compared to 80 per cent of Singaporeans who live in public flats). When the school reaches out to parents, it is told how some fear their child would not be able to fit in with more well-off students in RI.

"If such a perception exists, and discourages promising students from applying to the school, it is not good for RI, nor for Singapore," said PM Lee.

Hwa Chong Institution, another top school, also told The Sunday Times that around half of its cohort live in public housing.

RI declined to give figures on how many of them live in three-room Housing Board flats or qualify for 100 per cent financial assistance. 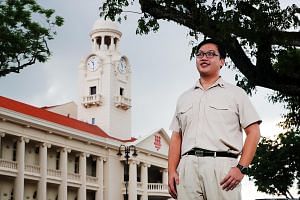 Mr Yeo will only say it is "a very small minority", despite outreach efforts. For the last eight years, RI has been giving cash awards of $1,000 to primary school children from low-income homes to encourage them to aim for a place in the school.

Not satisfied with the 20 to 30 pupils receiving the award every year, RI tweaked the scheme to give out the awards a year earlier to Primary 5 pupils, and even got its students to act as mentors.

RI also held more visits and tea sessions for primary school teachers to learn about the financial and emotional support it provides.

The school was able to double the number of award recipients. Still just one or two of the recipients eventually enrol in RI.

"Some of the teachers and school leaders tell us that there are some who worry about other costs. In some cases, the parents worry that the children will not fit in with their peers," said Mr Yeo.

Singapore Management University law don Eugene Tan, a former RI boy, described it as "sad" if those from less well-off families feel their station in life is "not to shoot for the stars".

Several RI students, who come from humble backgrounds, agreed that their parents too were hesitant at first. The $335 monthly school fee and supplementary fee are covered by financial aid, but what worried them were hidden costs such as school trips.

RI does give subsidies for school trips, as well as scholarships, worth $1,000 to $3,000 a year, to students on financial assistance.

Leow Mei Qi, 17, whose father is a taxi driver and mum, a cleaner, said she was also worried that other RI students would look down on her. But having made many friends, the JC1 student realises that her fears were unfounded.

The fear of not fitting in, or not being able to afford the fees, is not the big problem, though. Mr Yeo said the main reason for low-income students not making to RI, is that few do well enough to make the high PSLE cut-off.

Many studies have shown that the gap between rich and poor children open up as early as the age of three.

A study by developmental American psychologists Betty Hart and Todd Risley in the 1990s, for example, found that children whose parents were professionals were exposed to far more spoken words, compared to those from homes receiving welfare. It amounted to a gap of 32 million words by age four.

One way to close this gap is through quality early childhood education. Associate Professor Jason Tan of the National Institute of Education said the Education Ministry is on the right track in starting its own kindergartens which provide a high-quality programme. It is also significant that 30 per cent of the places are set aside for children from lower-income homes.

Madam Srilah Esnain sent her son Putra to Chiltern House for four years. The $1,000 monthly fee cost a large part of her salary as a make-up artist then. But the sacrifice made a difference, she believes.

"Before he enrolled when he was 21/2 years old, he spoke only Malay. But after six months at Chiltern. he was speaking and reading English very well," said Madam Srilah, 50, who left school after her N levels.

Still, more can be done to level the playing field. Experts believe the Singapore education system over the years has become less of a social leveller, and more of an arms race, allowing those who have the means for tuition and enrichment to progress faster.

They suggest relooking schemes that advantage richer families, such as the Direct School Admission system, which lets students enter secondary schools based on achievements in sports or the arts even if their PSLE scores fall below cut-off points.

Social stratification will poison society over time, and policies need to work against this trend: Ong Ye Kung

Changes to our system have to be bold but wise: Ong Ye Kung 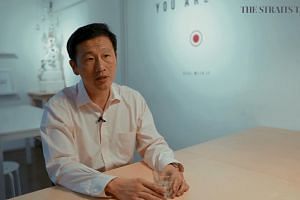 A PM without a degree? Possible, says Ong Ye Kung

As Member of Parliament Denise Phua has argued, it is an "open secret" that the scheme benefits children who have the means to be nurtured in specific areas from young.

There are calls for MOE to revise the Primary 1 registration scheme. Some have asked MOE to move popular primary schools in the Bukit Timah belt to the heartland.

Said NUS economist Kelvin Seah: "An unintended consequence of primary school registration is that kids whose parents are alumni of top schools, or whose parents sit on school advisory boards, or who reside in Bukit Timah - all of which represent segments of society that are more privileged - have preferential access to top primary schools."

The MOE has in recent years set aside 40 Primary 1 places in every school for children with no blood ties to the school. "But 40 places is woefully inadequate. It's a token attempt," said Associate Professor Eugene Tan.

Fellow RI alumni and law professor Walter Woon remembers what it was like to be in RI from 1969 to 1974. "Most of my classmates took a bus to school... They lived in kampung houses, cramped flats in Chinatown and Housing Board estates," the NUS don told The Sunday Times. But after a single generation, when his sons went to study there a decade ago, much had changed.

Their classmates, said Prof Woon, "were mostly from affluent families, ate regularly in restaurants, took holidays abroad and lived in condominiums or landed property. HDB dwellers seemed like a minority."

This is the result of social mobility at work, he added.

"The sons of hawkers, taxi drivers and clerks became professionals and businessmen," and it is not surprising that their children are dominating RI's cohorts today. "The difficult issue is whether someone from an underprivileged background can get into RI now."

Not only should the weaker schools get the best teachers, but he also suggested removing alumni privileges, or those for parent volunteers. "Ballot if there are more applicants than places."

MP for Marine Parade GRC Seah Kian Peng attended RI in the 1970s. He lived in a three-room flat in Mattar Road with his housewife mother and father who worked in a printing firm.

He said: "During my time I had friends from all races, faiths and economic backgrounds."

Sociologist Tan Ern Ser lived in a one-room rental flat while studying in RI from the late 1960s to early 1970s, and was never conscious about his schoolmates' backgrounds. "Of my two best friends, one lived in a three-room flat, the other in a terraced house," he said.

At the same time, Prof Eugene Tan warned against looking at the past through "rose-tinted glasses". "Society has grown wealthier and mobility has slowed down. It's unrealistic to expect an RI boy's classmates' parents to be fishmongers, labourers," he added, a point shared by Mr Seah.

Still, Prof Tan, whose father was a police officer and his mother a housewife, wonders "if a child today from the same sort of background as me 30 years ago is able to make the same strides.

"If addressing social mobility is a national imperative, we need bolder moves."

A version of this article appeared in the print edition of The Sunday Times on May 27, 2018, with the headline 'Levelling the educational playing field'. Subscribe
Topics:
More
Whatsapp Linkedin FB Messenger Telegram Reddit WeChat Pinterest Print Purchase Article Copy permalink