One new walking, cycling route will link Tuas to Changi

A new 62km-long walking and cycling route linking Tuas to Changi is in the works.

The Coast-to-Coast (C2C) Southern Trail was one of four new routes announced by National Development Minister Desmond Lee during the debate on his ministry's budget yesterday.

The other three are the 25km C2C Northern Trail linking Sungei Buloh to Khatib Bongsu, the 34km Central Corridor to link Woodlands to the city centre, and the 18km Eastern Corridor between East Coast and Pasir Ris. They should be completed by 2030 and will be part of a network of eight recreational routes spanning 360km.

Around $315 million will be committed to developing the new routes and other projects to expand and enhance parks and the Park Connector Network.

Mr Lee said the park connectors and recreational routes will mean a range of visitors - families, hikers and cyclists - will have an immersive experience. "At the same time, they will add to our island's ecological connectivity and resilience."

Only one of the eight routes has been completed - the C2C Central Trail from Jurong Lake Gardens to Coney Island Park.

The National Parks Board said yesterday there will be two new parks among them. One will be a 7.6ha park at Teachers' Estate near Upper Thomson, to be completed by 2024. An existing forested area at the site will be included in the park, which will have a nature playgarden and a therapeutic garden. 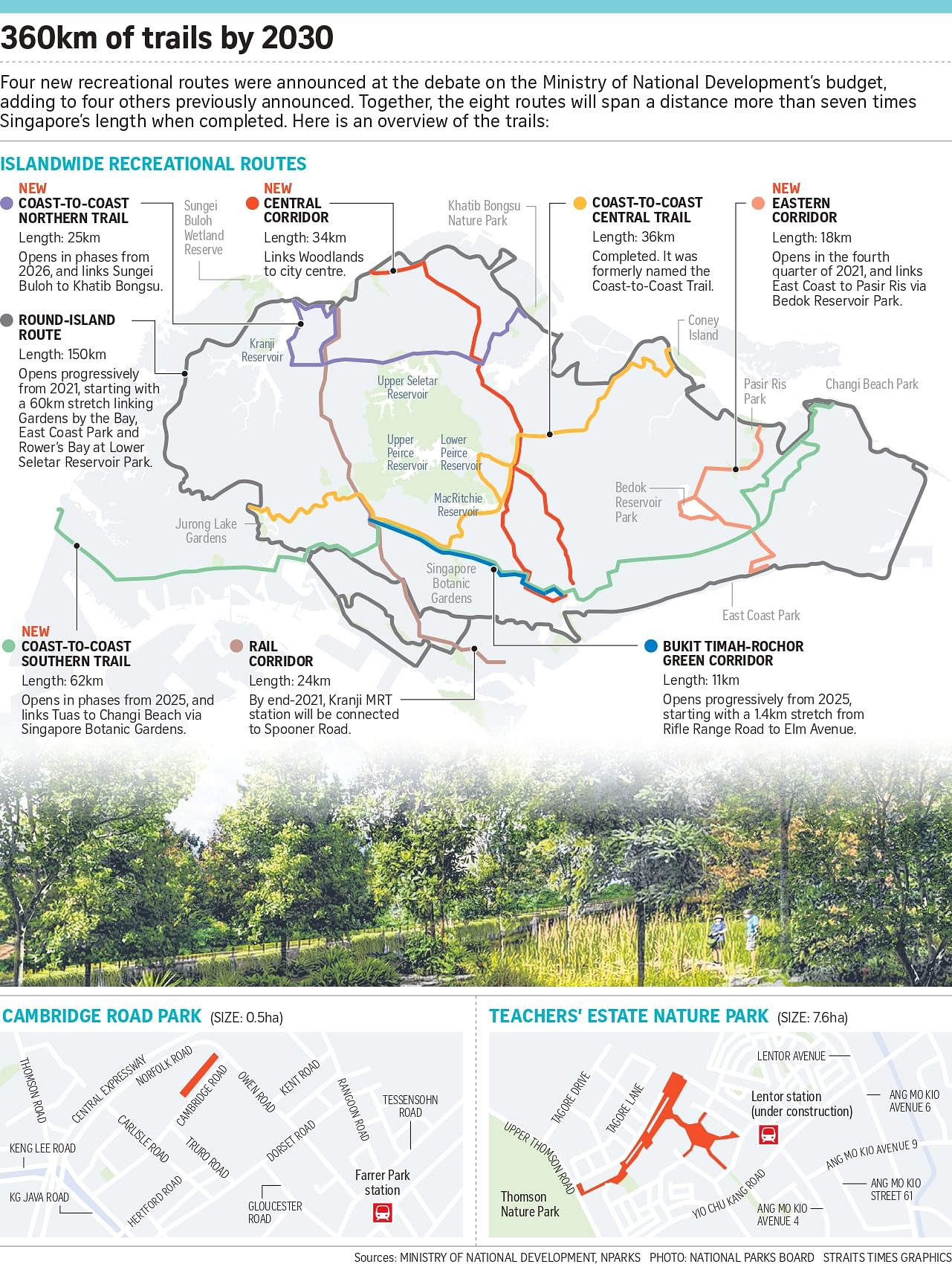 The park redevelopment plans include rejuvenating the 58.8ha Mount Faber Park by 2026. The work will include enhancing connectivity from Henderson Waves to Faber Peak and boosting biodiversity by conserving native plant and animal species and curating natural habitats for flora and fauna.

A version of this article appeared in the print edition of The Straits Times on March 05, 2021, with the headline $315m to set up new trails, expand and enhance parks. Subscribe