Hyflux has set out a reorganisation plan to keep the water treatment firm going but which could have investors suffering heavy losses.

The 34,000 registered holders of Hyflux perpetual securities and preference shares, who are owed $900 million, will receive a total of $27 million in cash and a 10.26 per cent share of the reorganised company.

Under its long-awaited restructuring plan, filed with the High Court yesterday, unsecured creditors who are not holders of perpetual securities and preference shares will receive 27 per cent of shares, and a total cash distribution of $232 million.

The bulk of Hyflux's share capital, about 60 per cent, will go to SM Investments (SMI), a consortium of Indonesia's conglomerate Salim Group and energy giant Medco Group. SMI has agreed to invest $530 million in the firm.

The company maintained that its medium-term noteholders and 29 bank creditors, and those who hold perpetual securities and preference shares, would get more under the proposed restructuring plan than if the firm were to go into liquidation.

Ms Lum said the proposed scheme aims to "revitalise its businesses" and allow the restructuring to take place in an orderly manner.

The plan needs to be approved by creditors, including perpetual securities and preference shareholders.

A spokesman for Hyflux's financial adviser told reporters yesterday: "We appreciate that the outcome is very difficult, given the size of the potential losses, but this is the best option we have." 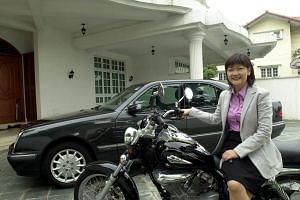 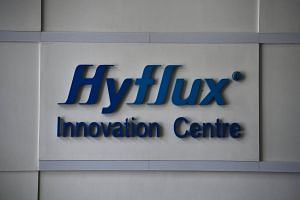 Hyflux can gain up to $258m working capital

He said they were hopeful people would understand what was being offered as better than alternatives, which include liquidation.

Noting that no one else had made a better offer, he said the Salim-Medco consortium would make a good partner for Hyflux, with their extensive involvement in the water and energy sectors, and would bring their existing business connections and synergies to Hyflux.

Post-restructuring, he said, the company would be almost debt-free, have a stronger balance sheet and a strong strategic partner.

Its fortunes today are a far cry from what they were in 2001, when it became the first water treatment company to be listed in Singapore. Hyflux's profile in the global water industry grew, winning it contracts in China, India and the Middle East.

But analysts say Hyflux may have taken on too many capital-intensive projects with long lead times, borrowed too much and was too optimistic with its projections. Its debts reached a tipping point when it was unable to divest its expensive desalination and power plant Tuaspring and another in Tianjin.

Ms Lum said yesterday she and the board are "deeply aware of, and empathise with" stakeholders' unhappiness, and they had spent much time and effort to negotiate and secure a deal to save Hyflux.

In her affidavit, she said they would return their stakes to the pool to be distributed solely to the holders of perpetual securities and preference shares.

Ms Lum has a stake of 267 million Hyflux shares and securities; it represents about 34 per cent of the company's ordinary shares.

"In this way, it is my hope they may reap the future benefits which the Salim-Medco consortium deal can offer them," she said.

At least one investor is resigned to the deal. Preference shareholder Lee Wai Leong said: "Retail creditors have to accept that they may never get back 100 per cent of the principal even if the shares appreciate under Salim's watch. Banks have written off the loans. Retail preference and perpetuals shareholders have to do the same. They have to let go."