NEW YORK (REUTERS) - Stock markets around the world fell hard on Monday (Aug 5) on fears that China’s willingness to let the yuan slide in response to the latest US tariff threat could further aggravate trade-related tensions between the world’s two largest economies.

China on Monday let the yuan tumble beyond the 7-per-dollar level for the first time in more than a decade, in a sign Beijing might be willing to tolerate further currency weakness after US President Donald Trump vowed last week to impose 10 per cent tariffs on the remaining US$300 billion (S$414.66 billion) of Chinese imports from Sept 1.

A weaker yuan – and a stronger dollar – pose challenges for US companies that do substantial business in China, as it effectively raises the cost of their goods for Chinese customers. China also said it would stop buying US agricultural products.

Safe-haven assets, including the Japanese yen, government bonds and gold, rallied as investors cut back on riskier assets.

“I think there’s a sense that President Trump might try and escalate in terms of a reaction, if he thinks that this was a deliberate move by the Chinese to try and weaken their currency artificially,” said Brian Daingerfield, head of G10 FX strategy for the Americas at NatWest Markets in Connecticut.

MSCI’s All Country World Index, which tracks shares in 47 countries, extended last week’s slide and was down 2.53 per cent to a two-month low. On Wall Street, the main indexes logged steep declines, led by technology companies. 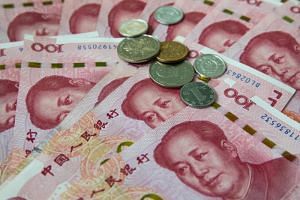 “The currency move is part of the trade war,” said Andre Bakhos, managing director at New Vines Capital LLC in Bernardsville, New Jersey. “It is a bold statement to the US  that says ‘If you want to play, we could play a different way as well.’ It takes any optimism out of the market that there will be a quick resolution to trade.”

The pan-European STOXX 600 index closed down 2.31 per cent. Factoring in Friday’s losses, the index marked its largest two-day decline in over three years. Worries about a slowdown in global growth due to an extended trade conflict also hurt oil prices.

Gold rose to a more than six-year high. Spot gold was up 1.52 per cent at US$1,462.32 per ounce. US Treasury yields tumbled, with 10-year yields hitting their lowest level since November 2016 on the safety bid.