German chemical giant Evonik Industries has invested more than €500 million (S$767 million) in a second plant in Singapore to produce a key additive in animal feed - and it is an example of how the industry can grow the economy, creating jobs, Deputy Prime Minister Heng Swee Keat said yesterday.

With an eye on rising demand for meat in this region, Evonik's second methionine plant will double its capacity in making the additive here, bumping its total annual capacity from 150,000 tonnes to 300,000 tonnes.

This makes up over 40 per cent of the 730,000 tonnes it can make globally each year, including output from other such plants in Belgium, Germany and the United States.

The new facility on Jurong Island started operations yesterday. At its launch in Capitol Theatre, Mr Heng said: "Growing the economy and ensuring economic growth benefits the large majority of workers is a complex and difficult endeavour."

"Several developed economies have struggled in this aspect. As a result, the social compact in these economies has been affected," he said.

Noting that the Government cannot tackle this issue alone, he said it brings business leaders, trade associations and chambers as well as unions together in building the future economy.

Mr Heng, who is also Finance Minister, said Evonik is a good example in the energy and chemicals industry, a significant contributor to Singapore's economy, that has been innovating and leveraging technology.

Growing the economy and ensuring economic growth benefits the large majority of workers is a complex and difficult endeavour... Several developed economies have struggled in this aspect. As a result, the social compact in these economies has been affected.

Its new facility, a "twin" of the company's first methionine plant which started production here in 2014, creates more than 100 jobs in Singapore.

These range from laboratory technicians and process technicians to engineers in the maintenance, environmental, safety and health domains, Mr Heng added.

Evonik's growth here has also created non-manufacturing jobs such as scientists and researchers who work on developments in 3D printing.

Apart from growing the economy, Evonik's latest investment reflects the increasing opportunities in Asia for sustainable nutrition, and importance of innovation in ensuring food security, he said.

Demand for meat and seafood in Asia is set to grow by 78 per cent by 2050, and global food security is becoming an increasingly pressing issue with the world's population set to hit 9.8 billion by the same year.

"At the same time, arable land and crop yields are declining due to climate change," said Mr Heng. 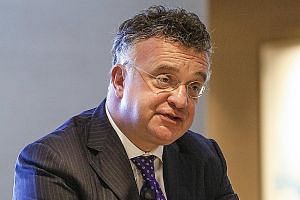 To address challenges of meeting food and nutritional needs in a sustainable manner, new and innovative means are required, he added.

Feed additives such as methionine are added to animal feed to boost its nutritional value and help meet the growing demand for meat.

The use of methionine helps reduce that of soya bean meal, and cuts ammonia emissions and nitrate use as well, said the company.

For Evonik, Asia is the biggest growth market for methionine, with demand rising about 7 per cent annually. About 20 per cent of the company's revenue comes from the Asia-Pacific region.

Singapore's position as a logistics and trade hub, its qualified workforce and the access to talent here, as well as political stability, are among reasons Evonik opened its new plant here, said the company's Asia-Pacific South regional president Peter Meinshausen.

He added that more than half of the global chemical industry will be in Asia by 2030, with China being a key market, and this is also among the company's considerations in positioning itself here.