PETALING JAYA (THE STAR/ASIA NEWS NETWORK) - Malaysian Youth and Sports Minister Syed Saddiq Syed Abdul Rahman has said he finds it strange that the previous government allegedly agreed that there would be no bar on para swimmers of any nationality - including Israelis - from entering the country.

"I am a bit wary of what the IPC (International Paralympic Committee) said. They said that in 2017, there was an understanding with the previous government that were no pre-conditions - in other words that Israeli athletes could enter the country. I find that strange," he said.

The IPC had claimed that when Malaysia was awarded the right to host the 2019 World Para Swimming Championships two years ago, they had been given assurances that all eligible athletes and countries would be allowed to participate with their safety assured.

"The stand of the government today under the leadership of (Prime Minister) Tun Dr Mahathir Mohamad is very clear, the precondition is that there can be no Israeli athletes coming into the country using an Israeli passport.

"The various sports associations also acknowledge this," he said during a press conference on Monday (Jan 28).

An audio recording of the press conference was made available to The Star Online.

"We have no diplomatic relations with the Israeli government. That is the stance that we take," he said. 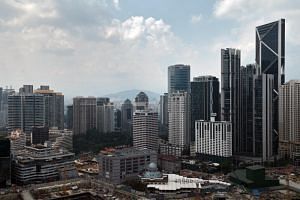 Mr Syed Saddiq said when they made a bid for any sporting event, they would make it known that Israeli athletes would not be allowed into the country.

Mr Syed Saddiq also claimed that the decision was not a populist one.

"This has been the government's stand for a long time, but I find it strange because in 2017, they (previous government) took a different stand. If that was their stand, then I think it is wrong," he said.

The IPC stripped Malaysia of the right to host the 2019 World Para Swimming Championships on Sunday after the country banned Israeli athletes from participating.

The championships, a qualifier for the 2020 Tokyo Paralympics, was scheduled to be held in Kuching, Sarawak, between July 29 and Aug 4.

The IPC said a new venue would be sought for the same dates, although there might have to be some flexibility in the light of circumstances.

The IPC said all potential replacement hosts were asked to express an interest by Feb 11.