The United States announced yesterday that it will no longer be bound by a landmark nuclear arms control treaty with Russia.

While the move was widely trailed in Washington for months, the decision is of major significance, for it could herald the end of half a century of efforts to reduce nuclear arsenals and spark off a new arms race.

Although key officials in the Trump administration - and particularly Mr John Bolton, the US President's National Security Adviser - were never fond of arms control treaties in general, the White House always had a particular disdain for the Intermediate-Range Nuclear Forces (INF) Treaty.

Concluded by then Soviet leader Mikhail Gorbachev and US President Ronald Reagan in 1987 after extensive talks which helped bring the Cold War to an end, the treaty banned all land-based nuclear and conventional missiles with ranges of between 500km and 5,500km.

President Donald Trump and his aides argue that the INF Treaty belongs to an era when the US and Russia were the biggest powers in the world, and it made sense for them to limit their stockpiles of missiles.

But in a world where countries such as China, India, Iran and Israel - to name but a few nations - are free to develop such systems and have duly done so, the INF restrictions make no sense.

The treaty's disappearance will have a profound impact on international security. Should the Russians deploy the new missile they are working on, Europe's entire military forces, as well as the US troops stationed on the continent, will be within the range of such systems located deep inside Russian territory.

More importantly, Washington is accusing Moscow of violating the treaty by developing a new Russian missile banned under INF definitions. Russia strenuously denies this, and, in turn, accuses the US of deploying banned missiles on the soil of Romania, on Europe's south-eastern edge.

But the reality remains that, since the previous US administration of Mr Barack Obama first raised the allegations of the Russian violations in 2014, Moscow has failed to provide access to its controversial missile development facilities, although it obliquely admitted that it is working on a new system.

In December, the Americans gave Russia 60 days to comply with the agreement, threatening that if Washington received no satisfactory answers, the US would leave the treaty on Feb 2. "The ball is in Russia's court," said US Undersecretary for Arms Control Andrea Thompson.

The Russians now claim they are willing to allow the US to see their new missile, but are not prepared to accept US formal inspections, or consider the missile's destruction, as the Americans are demanding.

A last-ditch effort to save the INF Treaty was attempted at a Wednesday meeting in Beijing of officials from the five major nuclear powers of China, France, Russia, Britain and the US. But this failed, with Russian Deputy Foreign Minister Sergei Ryabkov charging the US with staging "a game made to cover their domestic decision to withdraw from the INF Treaty". 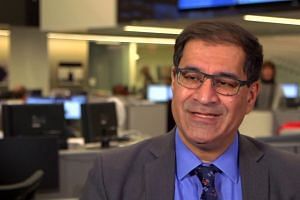 Russia suspends nuclear missile treaty in tit-for-tat with US

In a statement yesterday, Mr Trump said: "The US will suspend its obligations under the INF Treaty and begin the process of withdrawing from the INF Treaty, which will be completed in six months unless Russia comes back into compliance by destroying all of its violating missiles, launchers, and associated equipment."

In the short term, not much will change in Europe, as both Russia and the US maintain that they have respected the INF requirements, so they cannot showcase new weapon systems immediately.

Still, the treaty's disappearance will have a profound impact on international security. Should the Russians deploy the new missile they are working on, Europe's entire military forces, as well as the US troops stationed on the continent, will be within the range of such systems located deep inside Russian territory.

The Europeans would either have to ignore this vulnerability and risk making Nato - their US-led military alliance - irrelevant or invite the Americans to deploy counter-systems, something which will prove to be deeply controversial.

And, once the US has new land-based intermediate nuclear missiles in its arsenal, Washington may well consider stationing them in parts of Asia, to counter Chinese comparable systems.

The bigger danger is that, after leaving the INF deal, the Trump administration may also decide to end the so-called Start treaty, one of the last remaining nuclear agreements which imposes an overall ceiling on the number of nuclear warheads stocked by Russia and the US.

Technically, the Start treaty runs until 2021 and can be extended for a further five years, so, in theory, a decision need not be taken during the current Trump presidential term.

But preparations for the treaty's extension or renewal have to start soon and, given the lack of trust between the two powers, it is difficult to see how these can bear fruit.

Slowly but surely, the last remaining restraints on a new nuclear arms race are being dismantled.