WASHINGTON (REUTERS) - Pacific Rim officials meet in Hawaii this week for talks that could make or break an ambitious trade deal which aims to boost growth and set common standards across a dozen economies ranging from the United States to Brunei.

Trade ministers go into the talks, which run July 28-31 on the island of Maui, with high hopes of an agreement to conclude the Trans-Pacific Partnership (TPP), the most sweeping trade deal in a generation and a legacy-defining achievement for US President Barack Obama.

But the toughest issues have been left until last, including monopoly periods for new life-saving medicines and preferential treatment for state-owned companies as well as more traditional trade issues such as opening protected markets to competition.

"This meeting will be extremely important to decide the fate of the TPP negotiations," Japanese Economy Minister Akira Amari told reporters on Friday.

"I believe all the nations will come to the meeting with their strong determination that it has to be the last one."

But Canadian Trade Minister Ed Fast was more cautious, warning last week that there is a "lot of hard work to be done before this agreement is put to bed."

Canada's refusal so far to accept more dairy imports is a major sticking point in the talks, infuriating the United States as well as New Zealand, which has said it will not sign a deal that fails to open new dairy markets.

Failure to agree this week will endanger an already tight timeline to get a deal through the divided US Congress this year, before the 2016 presidential campaign dominates the agenda. 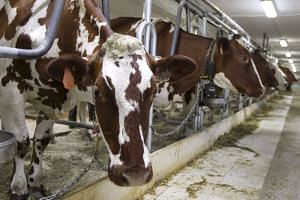 A six-week battle over US legislation to streamline the passage of trade deals through Congress finally ended in late June, sparking a rush of negotiations to ready ministers to take the tough decisions needed to wrap up the talks.

Tami Overby, senior vice-president for Asia with the US Chamber of Commerce, said it would be very difficult to keep the momentum going if ministers fail to reach agreement this week, although she added that she was optimistic of success.

A US official said talks would continue if there was no finalised agreement in Maui.

Peruvian unions, however, recently filed a complaint with the US Department of Labour, alleging that their government is failing to meet standards contained in a 2009 US-Peru trade deal, which, like the TPP, is supposed to ensure internationally-recognised labour benchmarks.

Workers' rights in TPP countries, especially Vietnam, have been a key concern for US Democratic lawmakers, many of whom fear the trade deal will eliminate US jobs partly because of lower labour standards overseas.

Some trade diplomats from TPP nations doubted whether negotiators, who convened on July 24, and ministers could produce a detailed agreement by Friday.

One option would be to reach an in-principle deal and then finalise details later.

"There is a big question over whether they can get through all that work - and it's a huge amount - in less than two weeks," one official said.