While it is the 14th addition to Scoot's family of Dreamliners, the delivery of the wide-bodied plane is a milestone in the airline's plans to expand to new, long-haul markets.

The new 787, which can carry 329 passengers, is just the second in Scoot's fleet to be fitted with overhead bunks for flight and cabin crew to rest.

Crew bunks are not required for flights of up to about 10 and a half hours, but in June (2017) Scoot will start flying its longest route, an 11-and-a-half-hour flight from Singapore to Athens. It's longest service now is the nine-hour Singapore-Jeddah route.

To commemorate the plane's delivery, a ribbon cutting was carried out by Mr Lee Lik Hsin, chief executive of Budget Aviation Holdings, which operates Scoot and Tigerair, and Dr Dinesh A. Keskar, Boeing's senior vice-president for sales for Asia-Pacific and India. 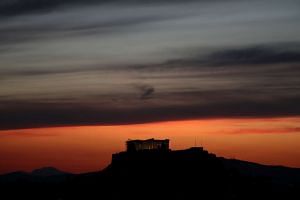 The plane will fly off from the Paine Field airport, near the delivery centre, and is expected to land in Changi Airport at about 5pm on Friday, Singapore time. The flight is expected to take about 15 hours and 45 minutes.

Scoot said the long-haul market will become a "significant part" of its network and in the next two to three years, it could triple its long-haul offerings.

The Straits Times understands that Scoot is now seeking approval from the authorities in the United States for a Singapore to Honolulu service, with a stop in Osaka, Japan.

Scoot took delivery of its first 787 Dreamliner with crew bunks last month, and is currently in operation on a mid-haul route.