BRATISLAVA (REUTERS) - Slovakia's president said on Sunday (March 4) he would seek talks with parties and urged changes in government or early elections to renew public trust following the murder of an investigative journalist that has shaken the nation.

The murder of Jan Kuciak has rattled Prime Minister Robert Fico's three-party government and led to public anger about corruption in Slovakia, which is a member of the European Union.

Fico was quick to reject any shake-up, saying it would undermine the result of elections in 2016. President Andrej Kiska lacks formal powers to trigger the fall of the government but his comments could add to public pressure on it.

On Friday (March 2), thousands of people marched in the capital Bratislava and other cities for Kuciak, 27, who had been looking into suspected mafia links among Italian businessmen in eastern Slovakia before he was found shot dead with his fiancee Martina Kusnirova last weekend.

One of the men named in Kuciak's last report had past links to people who subsequently worked for Fico's office. The report was published posthumously and probed potential abuse of EU subsidies and other fraud.

Kiska said in a live televised address that Slovakia faced a"crisis of trust".

"I will start talks with political leaders on how they imagine the future ... and how to renew the trust of people in their own state," he said. 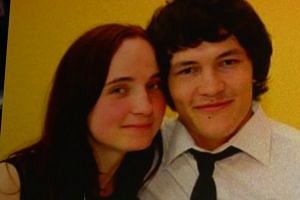 He then advocated "an extensive and essential" remake of the government or a snap election.

Fico said any government changes must be agreed by coalition partners.

"The constitution sees no role for president in this process," he said. "Our goal is the investigation of this brutal act. We won't dance on the graves of two young people, unlike opposition, media and, now, the president." The leader of junior government member Slovak National Party, Andrej Danko, said afterward he was ready for dialogue.

Junior coalition Most-Hid (Bridge) party gave the interior minister until March 12 to resign or it may consider withdrawing its support for the government.

If Fico resigns, the government also falls. Kiska would then task the outgoing prime minister to rule until a new government is formed. Early elections can be triggered with the support of three fifths of lawmakers.

The government can also ask for a confidence vote in parliament, where a simple majority among present lawmakers would suffice.

Thirty lawmakers can also trigger a no-confidence motion, for which an absolute majority - at least 76 votes in the 150-seat parliament - are needed.

Slovak police detained seven people on Thursday in its investigation, releasing partial names that matched subjects who Kuciak referred to in his final article. Those detained were released over the weekend.