LONDON (REUTERS) - Two British citizens are critically ill after they were exposed to the Novichok nerve agent which struck down a former Russian agent and his daughter in March, Britain's top counter-terrorism officer said on Wednesday (July 4).

Here is a brief overview of Novichok:

* First developed in the former Soviet Union in the 1970s and 1980s, Novichok, or "newcomer," is a series of highly toxic nerve agents with a slightly different chemical composition than the more commonly known VX and sarin poison gases.

* Novichok agents are believed to be five to 10 times more lethal, although there are no known previous uses. Moscow is not believed to have ever declared Novichok or its ingredients to the Hague-based Organisation for the Prohibition of Chemical Weapons (OPCW), which oversees a treaty banning their use.

* Novichok, the fourth generation of poison gas, was made with agrochemicals so that offensive weapons production could more readily be hidden within a legitimate commercial industry, according to US chemical weapons expert Amy Smithson.

* Publications about development and testing of Novichok in the 1990s led to US suspicions that the then-USSR had a secret weapons programme and did not declare all it had in its stockpile when it joined the OPCW.

* Russia, along with the United States, once ran one of the largest chemical weapons programmes in the world. It completed the destruction of a stockpile declared to the OPCW last year. The United States is in the final stages of destroying its own stockpile. 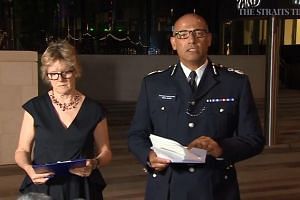 * Russia was once believed to possess thousands of tonnes of weaponised Novichok varieties and their precursors, according to a 2014 report by the US-based Nuclear Threat Initiative, a non-partisan group working to reduce the threat of weapons of mass destruction.

* The chemical "causes a slowing of the heart and restriction of the airways, leading to death by asphyxiation," said Professor Gary Stephens, a pharmacology expert at the University of Reading. "One of the main reasons these agents are developed is because their component parts are not on the banned list."

* The weaponisation of any chemical is banned under the 1997 Chemical Weapons Convention, of which Moscow is a signatory.