Former Manchester United striker Andy Cole, a firm believer of youth development, will lend his star power as a guest of honour for next year's JSSL Singapore sevens football tournament which will feature top youth teams from Asia and Europe.

During his time at Old Trafford from 1995 to 2001, he played alongside the Premier League side's famous crop of academy graduates - David Beckham, Nicky Butt, Paul Scholes, and the Neville brothers Gary and Phil - and saw how the club reaped the rewards of having a healthy production line.

"The academy should be the cornerstone of the football club. Not every club can afford huge transfer fees," he said at a press conference yesterday at Our Tampines Hub to promote the sevens.

"The boys whom I played with could possibly cost in excess of £200 million (S$355 million). What Manchester United implemented was to bring as many players through the youth system. That's United's fabric."

The sevens first started in 2013 and featured 40 teams, involving 560 players. That grew to 350 teams this April, including 180 international teams and featuring 4,900 budding youngsters.

Next year, the event, also supported by the Singapore Tourism Board, hopes to attract about 400 teams to the Padang from April 19-21. 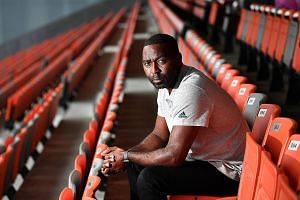 A new feature next year will be the coaching convention that will see experts from participating clubs share their knowledge in areas like methodology, development pathway and women's football.