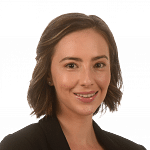 SINGAPORE - Singapore's biggest wefie, a three-dimensional (3D) exploration of the different types of cancer and a half-submerged Merlion in virtual reality to underline the impact of rising seas were among some of the best interactive graphics produced by The Straits Times in 2017.

1. Can you spot yourself at the National Day Parade? Readers spent hours searching for themselves, their friends and other famous faces in the ultimate Singapore wefie shot during the National Day Parade in 2017.

Made up of multiple images, readers can zoom in and view incredible details on this high resolution image. str.sg/ndptagme

2. Are you ready for Smart Nation? As Singapore pushes ever closer to becoming a nation powered by smart technology, The Straits Times introduced readers to the general concepts via a 3D and virtual reality (VR) game.

Readers can explore the future city by flying ST's drone, learn about new technologies and collect badges along the way. str.sg/smartnationgame Watch as the Merlion becomes half submerged by projected sea level rise and learn about the causes and consequences of climate change. str.sg/SGunderwaterVR and str.sg/risingseas

4. The anatomy of cancer The interactive features 3D human models that can be rotated.

Users can click on different parts of the body to zoom in on in-depth information and graphics on the top 10 cancers affecting men and women in Singapore. str.sg/cancer

5. Where Singapore's wild things are There are hundreds of animals that live among us in Singapore.

Many have adapted to city living but often they stay out of sight.

Meet Singapore's wild neighbours - from otters to pangolins - with this interactive special. str.sg/wildsingapore

6. Cycling to a car-lite Singapore One day a bike, a taxi and a train departed from the same location for the same destination. Who got there fastest but with the lowest cost and - let's be honest - the least amount of sweat and stress?

The Straits Times interactives team embarked on an amazing style race and charted the results in this interactive. str.sg/STcycle

7. All the Queen's men and women The impeachment of former South Korean president Park Geun Hye came at the end of a long story worthy of being written into a Korean drama.

The Straits Times explored this almost unbelievably true story of betrayal, love and even death through an animated interactive. str.sg/skscandal More than 380 people made a bald statement and shaved their heads to show support for children with cancer.

The volunteers came from all walks of life - the youngest was just seven years old - and took part for various inspiring and personal reasons.

Scroll through this interactive to see their transformation before and after their hair was shaved and read more about their stories. str.sg/bravesouls From check-in to boarding, explore the new terminal in 360 degrees. str.sg/t4-360 Here's a chance to "shop" your Budget wishlist items and see how they'll affect your overall budget balance.

Would you raise GST by 3 percentage points or remove the COE altogether?

Give it a try and see if you can keep the Budget in surplus like the Government tries to do every year. str.sg/budgetgame17