SINGAPORE - Singapore is the best country in the world for children to grow up in, according to the second, and latest, annual End of Childhood report published by non-governmental organisation Save The Children.

Singapore scored 987 out of a possible 1,000, indicating that "relatively few children" miss out on childhood here.

The report, released on Thursday (May 31), improved on last year's by using national estimates rather than solely relying on UN numbers, making the ranking much more accurate, according to Save The Children.

"This is a stunning result for Singapore, where children enjoy some of the healthiest childhoods possible," said Save The Children's Asia regional director Hassan Noor Saadi.

"Singapore is a great place for children to grow up with good access to high quality education and medical care services, while also being one of the safest countries in the world. Threats to childhood that plague other countries - like early marriage, poor access to education and war - simply don't exist in Singapore, or at extremely low levels."

Asian countries occupied three of the top 20 spots, with South Korea ranking eighth and Japan 19th. However, they also comprised four of the bottom 10 spots in terms of child stunting. 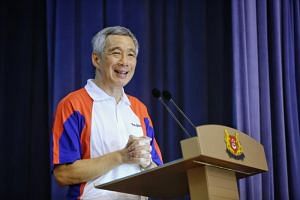 Child labour and child marriage also remain prolific problems in the Asian region, which is home to 40 per cent of all child labourers and has the highest rate of child marriage in the world, the report said.

Within Asia, children in the Philippines and Afghanistan were found to face deteriorating childhoods.

Afghanistan - affected by "harrowing violence, poverty and disadvantage" - fell 10 points from 152nd place to 160th, while the Philippines fell from 96th place to 104th due to increased stunting levels and poor nutrition standards.

In general, the report found that more than half of all children worldwide - over 1.2 billion - live in countries mired in conflict, poverty and gender discrimination, while almost 153 million children live in 20 countries are affected by all three.

Countries affected by armed conflict have incidences of child labour 77 per cent higher than the global average and make girls more vulnerable to child marriage, the report added.

In a statement, Save The Children called on governments to "ensure that no child dies from preventable or treatable causes or is subjected to extreme violence; is robbed of a future as a result of malnutrition, early or forced marriage, early pregnancy, or forced labour; and that they have access to a quality education."