SINGAPORE -The Municipal Services Office (MSO) will work with all 16 town councils soon, to help coordinate their response to municipal issues in housing estates.

"It is not enough for MSO to work with just the Government agencies, as more than 80 per cent of Singaporeans live in HDB estates which are managed by town councils," said Minister Grace Fu, who heads the office, on Monday (April 11).

Since last year, the office, set up in October 2014 to improve coordination among government agencies, has been working with the Jurong-Clementi and Holland-Bukit Panjang town councils in a trial.

The remaining 14 town councils will come on board in various stages, from this month till the end of the year, including the Workers' Party-run Aljunied-Hougang Town Council, said Ms Fu.

The office also works with 11 agencies, such as the police, Land Transport Authority (LTA) and National Environment Agency.

Speaking at the debate on the Ministry of National Development's budget, Ms Fu said the MSO has reduced the average time taken to close cases requiring input from multiple agencies, from 21 to 13 days. 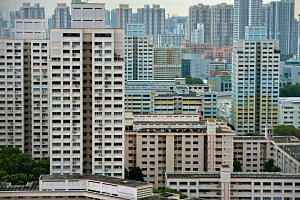 Parliament: Rental flat families in fresh start scheme will have to live in flats for at least 20 years 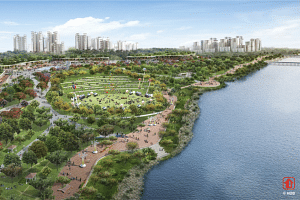 During the trial, the MSO and the two town councils determined which party should handle specific water-related issues in Housing Board estates. For example, town councils will handle leakages, while PUB will take charge of water quality issues.

Moving ahead, the MSO will also look into improving the coordination between agencies and town councils for other issues like high-rise littering and pigeon-feeding, said Ms Fu.

But she emphasised that the MSO's collaboration with town councils is "not meant to and will not replace the functions of the town councils nor weaken their autonomy in service delivery".

Ms Fu also announced that the MSO will add a crowdsourcing function to its OneService mobile app by the end of April. It will first be used to get members of the public to help supermarket chains retrieve their abandoned trolleys, she said.

If the initiative works well, the MSO will expand the crowdsourcing arrangements to other municipal issues, she added.

Responding to Mr Chong Kee Hiong (Bishan-Toa Payoh GRC)'s call to improve workflow between agencies, Ms Fu also announced that the LTA will, from June, handle feedback on the maintenance of infrastructure like footpaths or walkways.

And the National Parks Board, which took over grass-cutting contracts last year, will also take over other forms of greenery maintenance from the HDB, Singapore Land Authority and PUB in June, she added.

The MSO will also roll out a web portal with information such as dengue clusters, HDB block-cleaning schedules and traffic incidents, she said. It is expected to come in the later half of the year.