SINGAPORE - The number of teenage boys taking their own lives reached a record high last year.

Nineteen boys aged 10 to 19 committed suicide in 2018, the highest since suicide figures began being recorded in 1991.

In 2017, there were seven suicides by teenage boys.

The Samaritans of Singapore (SOS) provided a breakdown of the annual statistics to The Straits Times after they were released by the Immigration and Checkpoints Authority (ICA).

The number of people taking their own lives rose across all age groups, except for the elderly - those aged 60 and over. 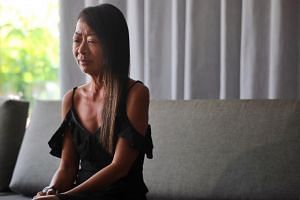 Breaking the silence on suicide: A mother opens up about the loss of her teenage son

Not attention-seeking, suicidal expressions on social media could be a cry for help: SOS

The prevalence of suicide among young people and males is a "significant societal concern", the SOS said, adding that suicide remains the leading cause of death among the young - those aged 10 to 29.

Last year, 94 young people chose to end their own lives.

For every 10 young people who died from external causes, about six were a result of suicide.

Ms Wong Lai Chun, senior assistant director of the SOS, said: “Suicide remains the leading cause of death for those aged 10-29 and it is a significant societal concern for us at SOS.”

Last year, three girls aged 10 to 19 took their own lives, down from five the previous year.

“The sense of hopelessness and despair at the height of a crisis can cause one to contemplate suicide as a means of escaping their emotional pain,” she said.

“When teens have yet to develop adequate coping mechanisms and there is a lack of awareness of the available resources, the combination of different stressors may lead youths to feel overwhelmed and unable to cope. ”

Ms Wong warned that social media is a double-edged sword: “Youths tend to look toward their peers or go on social media for support.

“However social media may often be a double-edged sword. Whilst personal accounts of resilience are readily available, contents that reinforce suicidal and self-harm behaviours are accessible too.

“Those who are contemplating suicide would often have communicated their intention to end their lives, and this may be done on the social space.

"Youths today seem to have greater awareness of the moments when they feel alone and helpless.

"Even so, it is disconcerting to know that many of our young feel unsupported through their darkest periods and see suicide as the only choice to end their pain and struggles."

The SOS found that - among those who contacted the organisation and revealed their age and gender - male teenagers made up only 30 per cent of incoming SOS helpline calls and approximately 27 per cent of its e-mail befriending services.

Societal stereotypes that demand men be tough and able to handle all challenges could be one of the barriers preventing male teenagers from seeking help.

For every 10 suicides last year, seven were by men.

According to an earlier report released by the ICA, there were 283 male suicides last year and 114 female.

"We live in a society that stresses the importance of masculine qualities as a measure of success," added Ms Wong. "As a result, we grow impatient towards behaviours that seem to depict weakness."

"Men are stereotypically expected to be tough, stoic and financially stable. The slightest hint of vulnerability can be seen as an imperfection. This has to change. Men and women alike need to know that it is okay to be less than perfect, and we need to educate the public to understand that a supportive and encouraging environment is far more beneficial than a judgmental one for our society."

More than 30,000 calls were made to the SOS helpline last year and the organisation received over 2,500 emails.