Steven Fang's brain is like a busy coffee machine, constantly percolating with ideas.

He is working on several at the moment, including two face masks which he believes would help in battling the Covid-19 pandemic.

One is fitted with a special membrane filled with a coating which kills viruses on contact. The other, also with the virus-killing coating, is a transparent face mask which he reckons would be coveted by governments and corporations in a world where biometrics and artificial intelligence reign supreme.

Mind you, these are just side projects to placate his highly driven Type A personality. His main job is to run Invitrocue, a life sciences company which he founded in 2012.

The company cultivates patient-derived cancer cells in laboratories and tests them against various drugs to support clinical treatments.

Listed on the Australian Securities Exchange, it is headquartered in Singapore, with operations in Germany, Spain, Brazil, Australia, China and Hong Kong.

It is not his first foray into the life sciences. Dr Fang also founded CordLife, the first cord blood banking and processing facility in Singapore and South-east Asia

Starting that company won him many plaudits, including the Technology Pioneer award at the 2007 World Economic Forum in Davos.

For a go-getting head honcho, the 54-year-old radiates an unexpectedly calm and serene aura. His demeanour is pleasant, his speech unhurried. The elder of two boys of an engineer and a housewife, he knew he wanted to be a businessman even as a child.

"I remember printing and giving out my name cards when I was seven," says Dr Fang, whose maternal grandfather ran a property business.

A curious kid who did not like to take things at face value, the former Bukit Batok East Primary School pupil says he was disliked by some of his teachers for always challenging them. "They'd say something and I'd go: 'Are you sure? What makes you so sure?'" says the entrepreneur, who continued his studies at Swiss Cottage Secondary and St Andrew's Junior College.

But his penchant for questioning has served him well, he says.

When someone tells me something cannot be done, I'll always say: 'I bet you it can be done. We just haven't found a way yet'. It's put me in a space where we're always breaking boundaries.

DR STEVEN FANG, on how his penchant for questioning has served him well. This is the first of a four-part Audemars Piguet series on trailblazers who value both tradition and innovation in a changing world

"When someone tells me something cannot be done, I'll always say: 'I bet you it can be done. We just haven't found a way yet'," he says. "It's put me in a space where we're always breaking boundaries".

The science buff's A-level results were sterling enough to get him admitted to the Massachusetts Institute of Technology, consistently rated the top tertiary institution in global university rankings.

But his dreams of studying there were dashed because his family could not afford the fees.

"My father got laid off, my mother wasn't working and my brother was still in school," he says. "I'd be lying if I said I wasn't resentful, but in hindsight, I really thank my dad for putting me through those difficult years. I learnt a lot about prioritising."

Because an army scholarship entailed a bond, he became a police officer instead as "the job paid quite well and gave me time off to study".

By the time he left the police force five years later, he had completed a degree in computer engineering from the University of Hull in England through distance learning.

"I saw a lot of dead bodies as a police officer. It made me realise how precious life was, how short it could be and how quickly it could be taken away. In a sense, it steered me strongly towards medicine."

In 1984, he joined Sterling Drug as a business development executive and did such a good job of opening new distribution channels and product divisions that he was posted to Chicago.

He next worked for Baxter Healthcare as a business unit manager in the company's nephrology department, and among other projects, worked on a patent for the redesign of a kidney dialysis drug.

His instincts for technology trends were honed at Baxter because the company invests heavily in technology sensing and market sensing.

"If a company in the Bay Area announced something new, like a wearable technology for dialysis, a few of us would fly out, meet the folks running the company and hear their story," says Dr Fang, who is married to a former schoolteacher. They have three children, the youngest of whom is 18.

Innovations, he says, are seldom "uni-discipline". 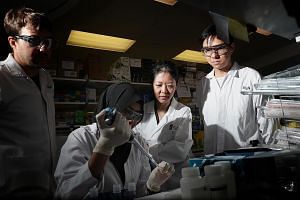 Singapore researchers pushing on with work to combat Covid-19

"They're a coming-together of different disciplines and technologies. For example, what we do here at Invitrocue is not just about oncology, it also involves physics and engineering."

His next stop in 1996 as general manager of Becton Dickinson was also invaluable in his eventual transition to bio-technopreneur.

"It taught me about commercialisation, how to get things to market," he says of the United States medical technology company which manufactures and sells medical devices and instrument systems.

Despite his professional skills and experience, nothing prepared him for one of the biggest turning points in his life: starting CordLife, Singapore's first cord blood banking and processing facility, in 2001.

Cord blood banking refers to the storing of a newborn's stem cells present in the umbilical cord after birth. These stem cells can morph into blood cells which can be used to treat diseases such as leukaemia and other cancers which attack the blood or immunity system.

Although cord blood banking had already gained traction in the West, the concept was new, and controversial, in Singapore in 2001.

Parting with his savings and selling his car was not enough to start CordLife, he recalls. 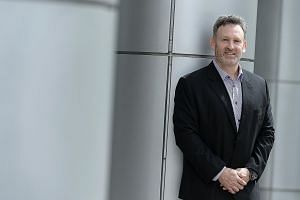 "So I told my wife: 'Do you mind moving back to an HDB (flat)?' She looked at me and asked me what I had done. I said I need to sell the condo to grow a company with a very noble cause," says Dr Fang, who sold his condo in the East.

A technology venture is a unique undertaking, he says.

"It's not about your strategy or the technology itself. It's not even about whether you have funding or not. It's about your timeliness to market, whether you are ahead of or behind the market."

CordLife, he says, was ahead of the market.

"That's why we had to spend a huge amount of money to educate the market so that it could catch up."

On more than a few occasions over the next few years, he nearly threw in the towel. One of the biggest challenges was meeting the regulator's expectations because it was such a new field then.

He went without pay for a year and convinced his staff to stay on by giving them shares. But his resilience paid off.

CordLife took off in a big way, expanded into Australia and the region, and was listed both Down Under and in Singapore. "The defining moment for us was not when we got listed; it was not when we closed funding of x millions. It was when we could help someone."

He recalls the first time cord blood therapy was used in Singapore to treat a three-year-old girl with cerebral palsy in 2009.

The treatment relieved the child of constant pain and enabled her to hold her neck up for several minutes when in the past, her head would flop over every few seconds.

"That was the one defining moment of relevance because I understood then why I started the company, why I suffered like crazy, why I endured the long nights and why I sold my home."

Besides taking CordLife public and growing its presence beyond Singapore to include Hong Kong, Jakarta, Kolkata and Sydney, Dr Fang also attained a string of post-graduate qualifications, including MBAs from Insead and Tsinghua University, as well as a PhD in Business Administration with a focus on immunology from the University of South Australia.

But in December of 2012, after more than 12 years at the helm, he stepped down to do something different.

He pauses, smiles and says: "And now I can talk about my 1-2-3 rule. You must have one idea that you work on during your waking hours, two ideas that you have invested in or are percolating in the background. And behind these two, you must have three other crazy ideas."

Barely a year later, he set up Invitrocue with scientist Hanry Yu in 2014. In the beginning, the company pushed a technology which allows them to create a human liver in the lab to test different drugs or treatments.

It did brisk business with pharma companies but Dr Fang felt that the company needed to be more than just a one-trick pony.

He hit on the idea of growing cancer cells.

"Oncology is a huge market. At last count, it was a $3 trillion market, and you can't go wrong with a market that size. And it's not nascent, it's well defined."

The idea is simple, he says.

"You build an avatar of the patient's own cancer cell and if you have enough copies, you can test different drugs," he says, adding that the technology helps both doctors and patients to, among other things, save time and decide on the best clinical strategy.

The company is already working on clinical trials with oncologists in the region and Singapore, including those from National University Hospital, KK Women's And Children's Hospital, and the National Cancer Centre Singapore.

Running a business, says Dr Fang, is like polishing a diamond.

"You wouldn't know how precious a diamond is until you start polishing it. And polishing is not a redundant process, it is a learning one," says the former co-founder of private market platform CapBridge, and partner of Clearbridge Accelerator, a technology commercialiser and incubator.

He continues: "We all have a shelf life and use-by date, no matter how smart and rich we are. The record of who we are will be defined by what we do during this finite period. I hope to define mine giving birth to companies and start-ups, especially those that do great things like improving and saving lives."

A version of this article appeared in the print edition of The Sunday Times on April 12, 2020, with the headline ''It's all about saving lives''. Subscribe
Topics:
More
Whatsapp Linkedin FB Messenger Telegram Reddit WeChat Pinterest Print Purchase Article Copy permalink