Some firms may risk closure or consolidation if they lag behind in technology: Desmond Lee

The push for technology in the building and construction sector may cause some companies to shut down or consolidate if they do not keep pace, said Second Minister for National Development and Home Affairs Desmond Lee.

Urging construction firms, especially small and medium-sized enterprises (SMEs), to get in step with the times, Mr Lee said: "Transformation is not only for big firms, we want everyone to be progressive."

In his first interview with the media last week after his promotion to full Cabinet minister in April, Mr Lee touched on the impending changes to the construction industry. The road map for the future of the sector - known as the industry transformation map for the built environment - will be released later this year, he said.

He made it clear that the push for technology - in a sector that has traditionally been reliant on foreign manpower - would go ahead and players would have to either come on board or lose out.

"Competition in the economic realm (means) there will be winners and losers. That's a rough world, a reality of economics and the workplace. But the Government's role in this process is to protect Singaporeans, make sure that we find a way for them," said Mr Lee, who is also a Minister in the Prime Minister's Office. 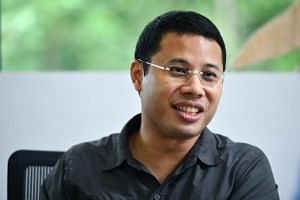 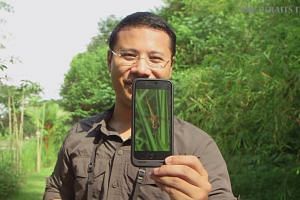 Interview with Desmond Lee: Youngest minister a nature buff with a keen eye

The Government has been a cheerleader for technology - such as offsite construction methods, which are more expensive, but can shorten building time and cut manpower needs. Smaller players are not keen on this as they would either have to invest heavily in their own prefab modules or lose a slice of their earnings by outsourcing work.

Similarly, digital building design requires investment and skilled manpower. Some firms say they might have to throw in the towel - especially as the Government is the construction sector's biggest client.

Said Mr Lee: "Yes, there is the potential for consolidation (in the built environment sector), but firms can also create niches for themselves. It should not be viewed purely as a destructive process."

Instead of focusing on protecting jobs, the sector must try to upgrade workers' skills, he added.

Madam Gwee Sung, director of Chong Tong Construction, an SME, said firms like hers are already feeling the squeeze. Switching to new technologies could erase her company's years of experience in conventional construction methods.

Mr Lee said the reality used to be about jobs moving out of high-cost, developed countries to lower-cost, developing countries, but now jobs are disappearing altogether due to technology.

"Technology provides for innovation and ways of doing things that will completely obliterate jobs… You try to stop it and you become completely obsolete," he said.

Instead, Singapore's construction sector should focus on upgrading its workforce, either through SkillsFuture or leveraging the existing Construction Productivity and Capability Fund (CPCF).

The new competencies in construction technology can mean opportunities overseas as well, so long as firms here adopt them, he added.

A version of this article appeared in the print edition of The Straits Times on June 26, 2017, with the headline 'Construction sector must face up to reality: Minister'. Subscribe
Topics:
More
Whatsapp Linkedin FB Messenger Telegram Reddit WeChat Pinterest Print Purchase Article Copy permalink