But they didn't pose imminent threat, and were among 70 foreigners probed in past two years

In the past two years, five maids working in Singapore were radicalised, although they "did not pose an imminent security threat" at the time, said the Ministry of Home Affairs (MHA).

The maids were among some 70 foreigners investigated during that period, and had been radicalised through social media. Some of the foreigners were later deported after the authorities in their home countries were informed of their cases.

The statement yesterday came after Indonesia's anti-terror police commandos rounded up four women in the past week on suspicion of terrorism. Among them was Dian Yulia Novi, 27. She had worked in Singapore between 2008 and 2009, said an MHA spokesman.

Dian had allegedly been planning to mount a suicide bomb attack on the presidential palace in Jakarta. In a television interview broadcast last Tuesday, she said she was first exposed to radical Islam through Facebook by opening profiles of extremists while working as a maid abroad.

She worked for a family with three children here, and as a maid for three years in Taiwan. 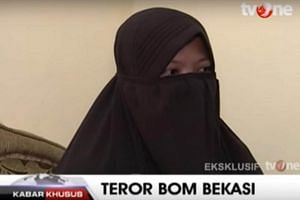 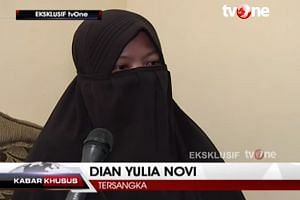 Woman in Jakarta bomb plot was a maid in Singapore 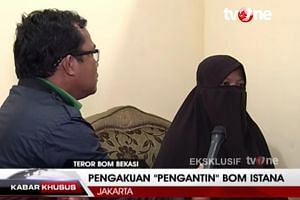 But Dian did not show signs of being radicalised during her time in Singapore, said the MHA spokesman, who added: "Our security agencies are in contact with their counterparts regarding her case."

The Straits Times understands that the five maids were among those radicalised via social media.

While they did not plan to carry out acts of violence in Singapore at the time they were investigated, their presence posed a security concern for Singapore, MHA said.

Six Bangladeshis charged with offences under the Terrorism (Suppression of Financing) Act are serving their sentences here.

With radicalisation through the Internet being a worldwide phenomenon, MHA said social media platform owners have to ensure "their platforms are not used to promote radicalism and terrorism".

A more effective approach in the longer term may be sensitising the public to the dangers of extremist rhetoric and equipping them with social media literacy so they will not be vulnerable to terrorist propaganda online, added the ministry. Those who notice people showing signs of radicalisation should inform the authorities.

"The security agencies meanwhile continue to work closely with their foreign counterparts to share intelligence on terrorism activities," said MHA.

Dian was a member of a cell based in Solo, Central Java. She had hidden a "rice cooker" bomb in her room, where she was arrested on Dec 10.

The arrests of Dian and three other women mark a shift in strategy, with Indonesian militants recruiting women instead of men to mount attacks, national police chief Tito Karnavian has said.

Maids from Indonesia said they were worried about being typecast after the news.

"It affects us too because people will think other Indonesians will end up the same way," said Ms Sri Hartatik, 35, who has worked here for 11 years. "It is common for Muslims, including domestic workers here, to read about religion on social media," she said. But not everyone does so, she added, and neither does she.

Mr Gary Chin, chief executive of maid agency Nation Employment, said that employers should watch out for sudden changes in their helpers' behaviour, show them concern and take an interest in who their friends are.

"If they sense anything amiss, they should inform the agency as well, so that we can arrange for counsellors or family members to speak to the domestic helper."

Dr Rohan Gunaratna, head of the International Centre for Political Violence and Terrorism Research, noted that militant group Islamic State in Iraq and Syria is investing heavily in recruiting in cyber space.

While Singapore has secured its physical space, it "now needs to better protect its citizens and residents, including the labour population, from cyber radicalisation".