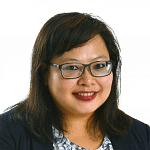 SINGAPORE - A car fire broke out at the carpark of HDB Hub in Toa Payoh on Tuesday afternoon.

Singapore Civil Defence Force (SCDF) fire engines, including a Red Rhino, were at the scene at 1.40pm.

Plumes of smoke emitted from the entrance of the carpark. Firemen were seen running into the basement of the carpark, and were turning cars away.

The SCDF said they were informed of a vehicle fire at the basement one carpark of the HDB Hub at about 1.30pm. It sent two fire engines, a red Rhino, and three support vehicles to put out the fire.

The engine compartment of a sedan car was on fire, and firefighters extinguished it with two fire extinguishers and a hosereel jet, SCDF said.

No one was injured, but about 20 people were evacuated from the affected area.

The cause of the fire is still under investigation.

The SCDF reminded car owners to maintain their cars regularly, and to check for oil leakages to prevent vehicle fires.

"The primary cause of these fires is due to ignition sources such as overheating and electrical faults within the engine compartment," a spokesman said in a statement.

Drivers can also keep a fire extinguisher in their cars, SCDF said. More information can be found here.