The upper secondary social studies syllabus has been revised to place greater emphasis on promoting active citizenship and critical thinking, with examples that are more topical for students.

The not in my backyard syndrome is cited as an example of "unequal sharing of costs", a challenge faced when deciding what is good for society. 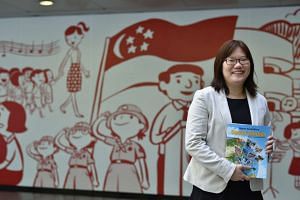 The authorities' swift action in the December 2013 Little India riot is cited as an example of how the Government maintains order in Singapore.

3. Harassment of organisers of Philippine Independence Day celebrations in Singapore

Prime Minister Lee Hsien Loong's Facebook post in 2014 about this incident is featured in the textbook. In April that year, some netizens had lambasted organisers of the event, saying they did not want it to be held at the planned venue of Ngee Ann City. Mr Lee wrote that Singaporeans should be "generous of spirit" and "treat people in Singapore the way we ourselves expect to be treated overseas".

4. Debate over need for official poverty line in Singapore

The textbook discusses people's different socio-economic statuses. In a textbook activity, students are asked to study different sources - from a minister, a blogger, a researcher and a news report - to learn different perspectives on whether Singapore needs a poverty line.

The "Our Singapore Conversation" (OSC) is given as an example of the individual's role in influencing government decisions. The OSC, which ended in 2013, was a national-level conversation in which citizens gave feedback and shared their dreams for Singapore.