SINGAPORE - Could better work-life balance be the key to getting Singaporeans to give back to society? Why are the wealthy here not doing more to help the poor?

And is Singapore a society where people live in their own "cocoons", sheltered from the realities of inequality?

These were among the key issues raised during a panel discussion on Tuesday (July 2), organised by The Straits Times in partnership with the Singapore Kindness Movement, on the topic of privilege in Singapore and giving back to society.

Mr Lien said that giving in Singapore has stagnated, and that the wealthy could do more.

He said: "I think the wealthy are not giving enough... If you look at the Forbes 50 list of Singaporeans, only one in five are known to have foundations (and) the amounts they are giving are not substantial."

But it is not just the wealthy who should contribute, he said, citing a falling donation rate in the Republic.

Mr Lien also rebutted the notion that the Republic's urban nature means it is not possible for Singaporeans to live in their own "cocoons".

"Just because you sometimes visit hawker centres and see old people cleaning up (doesn't mean) you know the stories they carry with them," he said. 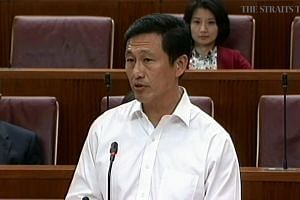 Inequality not so bad in Singapore, but cracks showing in social mobility: Ong Ye Kung

Pathways to social mobility are difficult, but there are policy options

Professor Straughan agreed with him.

"The more dangerous levers of inequality are the ones behind closed doors... we don't see them, and therefore we assume that it's okay," she said, pointing to issues such as intergenerational transfers of poverty, or people overworking themselves due to insufficient income.

She raised the need for the media to bring such issues to the public's attention.

Prof Straughan also highlighted the need for better work-life balance in getting Singaporeans to think about others.

She said: "If you don't have sufficient time, you tend to be a lot more self-centred because you're always worried... but when we have that space and time to think, then we can start to do a lot more with our own contributions."

Ms Ranganayaki called on Singaporeans to step out of their "bubbles" and participate in the lives of others around them.

"Do I know my neighbours? If I'm taking the train, do I know the person sitting next to me? It doesn't mean just talking to everybody, but at least having the curiosity about what my society, my community is, and how I fit in there."

She added: "A social issue is not a problem to be plugged but an opportunity for community to come together."

Dr Goh said that there is a need to shift from a culture of individualism to one of community, as people are shaped by the people they mix with. "The broader the mix, the richer it becomes," he said.

Dr Goh, whose organisation provides migrant workers with affordable healthcare, social assistance, skills training and free meals, shared how he had initially planned to only start a small clinic to help such workers. However, he became more aware of social issues after being exposed to the community there, saying his life was changed.

Audience member Sharmini James, a 32-year-old architect, said a lot of the issues discussed by the panel "resonated" with her.

Another audience member, 48-year-old Titus Yong, said: "I think it's a very timely conversation, having reached our bicentennial year. We have to ask ourselves what our vision is, what we want moving forward."

A fuller report on the panel discussion will run in The Sunday Times.