SINGAPORE - After two days of debate from 57 parliamentarians on the Budget, Deputy Prime Minister Heng Swee Keat on Friday (Feb 28) responded to their comments in his round-up speech.

Here are six key takeaways from his speech.

1. Solidarity with Singaporeans and front-line workers

Mr Heng said the selflessness and commitment of healthcare workers have shone through in their tireless work to fight the coronavirus.

"While we cannot thank them enough, we can show our appreciation and support in a tangible way," he said.

He announced on Friday that the Government will award public officers directly battling Covid-19, the coronavirus disease, up to one additional month of special bonus. 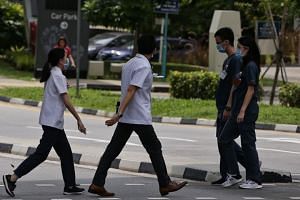 This includes healthcare officers at the Health Ministry and restructured hospitals, and other front-line agencies. Other public officers who have contributed significantly will also be recognised in appropriate ways, he said.

A one-off Covid-19 grant will also be made to the Public Health Preparedness Clinics to support them in caring for those with respiratory symptoms.

As a gesture of solidarity with fellow Singaporeans, all political office-holders and MPs will also take a one-month cut in their salary or allowance, he said.

2. Support for jobs and workers affected by Covid-19

Mr Heng said Singapore has to maintain a state of "dynamic vigilance" and be prepared to adjust measures as new information about the fast-moving and fluid coronavirus situation comes in.

He responded to MPs' questions and suggestions on four issues.

First, he said the Government's focus has been on preserving and enhancing jobs.

Addressing concerns about workers in small and medium-sized enterprises (SMEs), he said that as a percentage of revenue, SMEs will receive about five times in payouts on average, compared to the average for all enterprises.

Second, Mr Heng said sector-specific measures were calibrated according to the extent to which each sector has been affected, which is why tourism, accommodation and aviation were given more support. 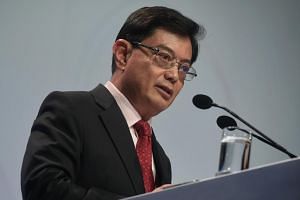 They will receive more than $400 million in addition to other forms of broad-based help, and this will include enhanced absentee payroll support for workers.

Additional support taxi for and private-hire car drivers, hawkers, tourist guides, and operators of food and retail outlets will total over $200 million on top of broad-based measures, he said.

Measures for groups not named above will be announced by the relevant ministries subsequently, said Mr Heng.

Fourth, he acknowledged calls by MPs for the Jobs Support Scheme to be given out to businesses more speedily.

Mr Heng explained that the disbursement of the scheme is complex, as information on workers, employers and payment needs to be checked.

Nevertheless, the target for payout to firms has now been moved forward to end-May, from end-July.

Employers using bank crediting will get the payout about a week earlier and enhancements to the Wage Credit Scheme will be provided in the second half of this year.

Acknowledging calls by MPs to do more for businesses for a longer time, Mr Heng said: "We hope that will not be necessary, but if it does... we have the fiscal resources and the will to act."

Mr Heng also provided a thorough response to calls by MPs to delay or not increase the goods and services tax (GST) at all. He had earlier announced that the hike would not kick in next year.

With healthcare costs for an ageing population set to rise by around one percentage point of GDP over fifteen years from 2015 to 2030, the money needs to come from somewhere, he noted.

This includes mental health issues, which Mr Heng said will be addressed at the Committee of Supply (COS) debates. 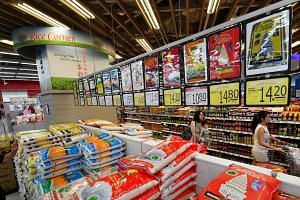 Heng Swee Keat on why the GST hike cannot be scrapped

"Nobody likes taxes, not even ministers for finance," quipped Mr Heng. But he made the point that healthcare spending needs are not one-off but recurrent and growing.

They thus need to be funded using recurrent revenues and not one-off and unexpected surpluses, he said.

Mr Heng added that the Budget's $6 billion Assurance Package will effectively delay the impact of the GST hike for the majority of households for at least five years. For lower-income Singaporeans, there will effectively be no increase for 10 years.

He noted that foreigners residing in Singapore, tourists, and the top 20 per cent of resident households are estimated to account for more than 60 per cent of the net GST borne by everyone - after taking into account tourist tax refunds.

This is partly because foreigners do not benefit from the GST vouchers and offsets available to Singaporean households.

But the GST is only one part of Singapore's fiscal system, added Mr Heng.

The overall system of taxes and benefits is progressive, he said, with the top 10 per cent of taxpayers paying about 80 per cent of Singapore's personal income tax revenue. 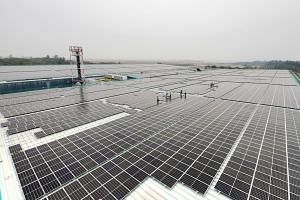 Singapore wants to halve emissions from 2030 levels by 2050

These include the nation's commitment to the Paris Agreement, "30 by 30" goal of producing 30 per cent of nutritional needs locally by 2030, and cleaner vehicles by 2040. More details will be released by the respective ministers, he said.

Part of these efforts include the Budget's electric vehicle measures, including phasing out internal combustion engine vehicles and early adoption incentives.

But the cleanest, and most efficient mode of transport remains public transport, and a car-lite vision continues to be the main focus of Singapore's transport policy, said Mr Heng.

Mr Heng said Singapore is transforming its economy to be globally competitive, developing its people to seize opportunities, and strengthening its social compact by ensuring that all benefit from the fruits of progress.

On the first point, Singapore is positioning itself as a global node of technology, innovation and enterprise within Asia, and has enhanced its economic connectivity through trade and other agreements.

These moves also help make the nation more resilient in a time of rising protectionism by diversifying its markets and supply chains, he said. 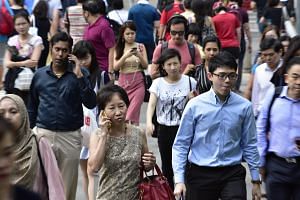 Singapore has also expanded research and development into new areas and brought industry and research community to work on social solutions with the Government.

These efforts have been received well, said Mr Heng, with continued investment in Singapore despite economic headwinds.

More than 41,000 local jobs are created yearly on average, with locals benefiting from low unemployment and higher earnings.

Second, the Government is responding to changes such as an ageing workforce and technological disruption, said Mr Heng.

This is being done through heavy investment in education and life-long learning, and support for job transitions such as mid-career workers.

The Budget has built on existing schemes like the Adapt and Grow initiative by paying special attention to workers in their 40s and 50s, such as through the SkillsFuture Mid-Career Support Package, he said.

He also encouraged Singaporeans to take charge of their own learning and growth through SkillsFuture, and said these efforts will be strengthened by the labour movement's new Job Security Council initiative.

6. Inequality and the social compact

On the need to tackle inequality and preserve social mobility, Mr Heng said: "(It) remains this Government's mission to enable all Singaporeans to enjoy the fruits of growth."

He pointed out that the median real income of resident employed households has grown by 3.7 per cent per year over the last decade.

First, the Budget's Care and Support Package's grocery vouchers will help low-wage workers and their families with daily necessities. 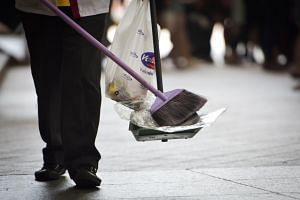 Strengthen social compact to ensure all benefit from growth, including low-wage workers and retirees

This bolsters existing efforts like ComCare and local assistance schemes at the heartland, he said.

Second, retired seniors will benefit from the enhancements to Silver Support with payouts raised by 20 per cent, which is above inflation growth.

The Budget will help these families with cash payouts, PAssion card top-ups, and GST vouchers.

He also noted the pressures of balancing caregiving and work raised by various MPs.

There were measures introduced last year to support parenthood and caregiving, including more pre-school subsidies and a grant for such caregivers.

"Supporting and strengthening families will always be a priority for us. We'll continue to look at how we can do so effectively," he said, adding that these issues will be discussed further when the House debates the respective ministries' budgets.