The myth of Magna Carta

The Hereford Cathedral Magna Carta will be on display at Supreme Court from Thursday to next Monday. But what significance does this 800-year-old document have today? 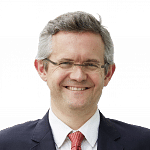 Magna Carta bears an iconic status in legal history. Signed eight centuries ago by King John at Runnymede, near Windsor, it laid the foundations for constraints on arbitrary power - the basis for the rule of law, democracy, and human rights.

From mediaeval to modern times, it has been invoked by those struggling against injustice around the world, from Mahatma Gandhi to Nelson Mandela.

In the past two years alone, it has been cited twice by Singapore's High Court as the origin of liberties protected by Articles 9(1) and 11(1) of the Constitution.

The only problem with the historical account is that almost none of it is true.

The agreement at Runnymede was not a constitutional document intended to limit power, but a peace treaty to preserve the king's rule. Despite many paintings and a commemorative £2 coin showing him holding Magna Carta and a quill, King John never signed it.

Oh, and it was not called Magna Carta.

"The Articles of the Barons", as it was originally known, did not guarantee freedoms for the English people. On the contrary, those limitations that it did impose on the king were primarily for the benefit of the Anglo-Norman - that is, French - aristocracy.

Such documents outlining the manner in which the monarch intended to govern, known as Coronation Charters, had been issued by kings since at least Henry I in 1100. It is true that these were often disregarded in practice, but so too was the Articles of the Barons. Neither side complied with their commitments and it was soon annulled by Pope Innocent III, leading to the First Barons' War.

Even if it had not been repudiated, the text hardly reads like the fountainhead of liberty. Among other things, the 1215 document limited the ability of a woman to testify on the death of anyone other than her husband and included punitive provisions applicable to Jewish bankers.

So how is it that this misogynistic, anti-Semitic, failed peace treaty came to assume such significance in English - and Singaporean - law?

For three basic reasons. First, there was not one Magna Carta but several. Second, text that had lain dormant for centuries was later used opportunistically in another English battle against another king. And third, Americans carried the spirit of Magna Carta across the Atlantic - without necessarily bothering to read the words.

Though the document agreed at Runnymede was a failure, it was reissued the following year after John's death by the regents of his son, the nine-year-old King Henry III. With the conclusion of the First Barons' War in 1217, the document was issued a third time. A separate Forest Charter (Carta de Foresta) was also concluded, leading to the main document being called "Magna". Henry III reissued it yet again with further changes in 1225 and his son, Edward I, did the same in 1297.

It was this last version that was incorporated into England's statutes and three provisions do remain in force today.

The first two are of marginal significance, but the third does promise that no free man shall be imprisoned or stripped of his rights except by lawful judgment of his equals or by the law of the land. Limiting the protections to freemen, however, meant that this was of little relevance to the vast majority of the population who were not "free" but villeins or serfs. Nonetheless, this 39th clause of the 1215 version later came to be regarded as the basis for the jury system. (Singapore, of course, lacks a jury system - and in any event, following the 1993 Application of English Law Act, none of this is law in Singapore.)

THE (RE)INVENTION OF MAGNA CARTA

So the failed peace treaty that started a war was amended and reissued, perhaps explaining its longevity. But its so-called liberties helped only those who were rich and originally French. How did it come to be regarded as the font of English liberty?

Four hundred years later, Edward Coke revived - or perhaps reinvented - Magna Carta during the 17th century as Britain's "ancient constitution". The king might not be subject to man, Coke argued, but he was at least subject to God and to the law.

This was not the sort of thing that kings liked to hear from their chief justices. After being dismissed from the bench, however, Coke went to Parliament and set about trying to limit the powers of the king through legislation.

Not everyone was persuaded. Oliver Cromwell notoriously dismissed the argument with a scatological quip: "I care not for the Magna Farta!"

It took a civil war, the beheading of Charles I, the failed rule of his son, Charles II, and the overthrow and exile of his second surviving son, James II, before the Bill of Rights Act was adopted in 1689. This provided, among other things, that it was "illegal" for the sovereign to suspend or dispense with laws, to establish his own courts, or to impose taxes without parliamentary approval.

It was in this period, then, that the rule of law really came to mean something. Although Magna Carta might have been an inspiration for Coke and his contemporaries in their political struggle with the crown, it was certainly no precedent on which they could rely as a matter of law.

So a flawed document negotiated with a weak king is revived opportunistically four centuries later in another struggle with a series of weak monarchs. Yet how is it that the same document comes to be revered not just as a weapon used against the excesses of power but also as a kind of secular gospel for our age?

It began in literary form. Two years before the English Bill of Rights, William Penn carried Magna Carta across the Atlantic and printed the first American edition. Several decades later, writing in Poor Richard's Almanack for June 1749, Benjamin Franklin enjoined his fellow colonists to remember that "On the 15th of this month, anno 1215, was Magna Charta sign'd by King John, for declaring and establishing English Liberty".

In the succeeding years, those colonists were becoming increasingly unhappy with the taxes imposed on them. Following Franklin's lead, some began to cite Magna Carta as authority for their position.

Note that the Stamp Act was legislation adopted by the British Parliament - not an extra-legal tax - but by now Magna Carta was more symbol than text. When Massachusetts adopted a new seal in 1775, it featured a man holding a sword in one hand and Magna Carta in the other. The 5,000-word Articles of the Barons had become a four-word slogan: "No taxation without representation".

The US love affair with Magna Carta continues today. It is striking that a quick search reveals that the combined courts of Britain have cited Magna Carta around 150 times, including 14 citations by the House of Lords and UK Supreme Court. A similar search in the United States finds more than 3,000 references to Magna Carta, including around 200 by the US Supreme Court alone.

By extension from the US it went on to influence the United Nations and human rights.

Speaking on the occasion of the adoption of the Universal Declaration of Human Rights in 1948, Eleanor Roosevelt expressed her hope that this new document "may well become the international Magna Carta of all men everywhere".

Not bad for a hastily drafted set of demands negotiated under threat of arms by a king and his barons.

Magna Carta literally means "Great Charter". As this brief history shows, the document was not born great but instead had greatness thrust upon it.

Perhaps that is not surprising. Myths have power not because of their ties to the world as it was, but to the world as we might wish it to have been. Magna Carta is one such myth.

And so, through this chain of events, a document crafted to keep King John in power came to symbolise the freedom of English and American citizens - and citizens in Singapore and everywhere else - to enjoy the rule of law, democracy, and human rights.

•The writer is the dean of the National University of Singapore Faculty of Law.

A version of this article appeared in the print edition of The Straits Times on November 17, 2015, with the headline The myth of Magna Carta. Subscribe