A magical carpet ride in Iran

There is something so compelling about Persian carpets that makes travellers to Iran want to get their hands on one, or a couple, to take home 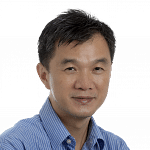 Buying a handmade oriental rug in Iran is the ultimate travel trophy if you can afford it. But until I travelled to Iran myself, I could not fathom the obsession with Persian carpets.

Stepping into the Carpet Museum (www.carpetmuseum.ir) in the capital Teheran, however, changes my mind. On display are more than 100 carpets depicting everyday life and people, gardens and animals.

These rare pieces open a window into the country because carpets have featured distinctively in Iranian culture and art for millennia.

In the garden city of Shiraz, the Pink Mosque, in Lotf Ali Khan Zand Street, glows like a gem when sunbeams are refracted through stained-glass windows onto wall-to-wall prayer carpets.

Other cities, such as Isfahan in central Iran, showcase the best of the nation, from Persian carpets to Islamic architecture.

Iranian carpet-making has an illustrious history stretching back more than 2,500 years to when the ruler, Cyrus the Great (550-530BC), introduced the art to Persia, as Iran was then known. Carpet-making originated in Babylon.

The intricate weaving on each carpet is a testament to the weaver's love for his craft and also conveys a clue to his origin.

Some designs are indigenous to particular towns or tribes. Other motifs are exclusive to a particular family with the sequences - tightly held secrets - getting passed down the generations orally.

That is what makes Persian rugs such good investments. Their value can only appreciate as modern civilisation encroaches and destroys much of the ancient nomadic cultures that create these rugs.

Another endearing quality is that a silk rug the size of a dinner table can be folded into a package small enough to fit into hand luggage. That makes it easy to carry back to Singapore.

For now, however, the prices of Persian carpets in Iran itself are still badly depressed by the years of international sanctions that had been imposed on the country. Some of these sanctions were lifted last year, following a nuclear deal which Teheran signed with world powers in 2015.

Before flying to Iran for an eight-day trip, I had been advised to take plenty of cash along, in case a carpet catches my fancy.

Because of the remaining sanctions against Iran, international credit cards such as Visa and American Express still cannot be used at most Iranian shops and payment must be made with hard cash.

What makes shopping for a carpet in an Iranian bazaar so fun is the thrill of doing battle with the dealer, to try to outwit him for the best price on your purchase.

Westerners who are used to fixed prices back home may feel embarrassed by such haggling but, to me, it is a welcome throwback to an era when bargaining was part and parcel of Singapore life.

I did not get a chance to buy any carpets until I got to Isfahan, the 17th-century capital of Iran, where there is a huge bazaar surrounding the Naqsh-e Jahan Square - reputedly larger than the Red Square in Moscow.

Choosing a good carpet can be a laborious affair. But once I am smitten with carpets, I find it difficult to stop looking.

After buying my first rug, which cost about $2,000 and was made in the holy city of Qom, I spy another handsome red piece which I also wish to purchase. It features the Tree of Life and costs about $2,400.

Despite returning to the carpet shop thrice to strike a better bargain while visiting the sites around it, I fail to close the deal and leave Iran feeling a tad short-changed.

This prompts me to buy a similar-looking Iranian rug costing one-third more when I stop over in Dubai on my way home.

My two rugs cost a total of $5,000 and they seem like good bargains. But I still feel foolish about spending so much money.

Indeed, there is something magical about these rugs, full of soul and artistry, that makes people covet them and be willing to spend a small fortune on them.

A version of this article appeared in the print edition of The Sunday Times on October 29, 2017, with the headline A magical carpet ride in Iran. Subscribe