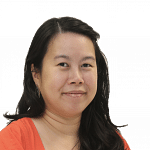 To Kill A Mockingbird is that rare thing: a novel at once entertaining and wise; its rock solid message about justice and equality couched with such brilliance, levity and clarity that it charmed children as much as it humbled adults.

Those who are looking for these qualities in 89-year-old Harper Lee's alleged sequel (accounts differ on when or how it was written) to her Pulitzer-winning novel - and, until earlier this week, only published one - will be disappointed. Go Set A Watchman is a different creature entirely: more grown-up, more cynical and more tangled at its heart.

Her brother Jem has already been dead a couple of years, and their summertime friend and accomplice Dill long since moved away. Atticus, at 72, suffers from arthritis that makes it hard for him to do simple things like clothe and feed himself. Aunt Alexandra, who now takes care of Atticus, is still corseted and feisty, and still on Jean Louise's case about behaving like a proper lady and a proper Finch.

Jean Louise herself has ripened into a particular type: The Angry Young Woman Sorting Out Important Issues. Influenced by the liberal "Yank" values of New Yorkers, she struggles to fit back into society back home in the American South, with its peculiar manners and separate way of life.

The novel is set during the 1960s Civil Rights Movement, as sit-ins, marches and freedom rides replaced litigation as tools to bring about desegregation. Jean Louise's uncompromising view about equality and voting rights sets her on a collision course with her father and her fiancée Hank, even as she naively fails to understand the tribalism that drives a wedge between her and her old nanny Calpurnia.

Watchman is a more overtly political work than Mockingbird, which dates it and also results in some rather long-drawn polemical dialogue that can get wearisome after a while.

At the same time, it attempts to go beyond Mockingbird's feel-good platitudes to engage seriously with finer philosophical points. How do you change someone's mind, if they have believed in something for generations? By haranguing them with reason and logic, or by degrees and through compromise? Does being right make you less of a bigot when you refuse to admit another's point of view?