SINGAPORE - The Singapore Exchange logged in one of its best quarterly results in a while, boosted by traders taking advantage of the sharp volatility in the markets over the past few months.

While the performance was certainly a boost, some long-term concerns remain.

The good news: SGX had a swell quarter in the three months ended Sept 30.

But the reason is not cause for celebration.

Investors would remember the three months between July and Sept as one of the worst over the year, coinciding with Black Monday.

On August 24, China's stock market lost more than 8 per cent in a day, triggering a global selldown of stocks and leading to more than US$5 trillion of value being wiped out in a matter of weeks. 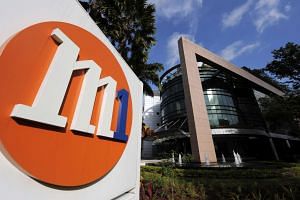 Through the turmoil, however, traders jumped in on the chance to trade on the massive volatility, where even blue chip stocks would swing wildly within the same day.

That benefited SGX, as volumes jumped.

As a result, revenues in its first quarter grew by a third to $220 million, while net profit also climbed 28 per cent $99.3 million over the year.

But the euphoria maybe short-lived. SGX warned that even though the short-term filip helped its top and bottomline, it could not be sustained unless liquidity returned in a permanent way.

"However, sustained volatility with persistent weak market sentiment may pose challenges in the coming quarters."

In short: Don't pop the champagne just yet.

The short-term uplift in financial performance does not hide the fact that the exchange has a real problem: Liquidity is low.

In 2014's first quarter, the total volume of securities traded was 228 billion.

New listings have also almost disappeared, with just seven in the three months ended Sept 30. All of them were on the smaller Catalist board.

In response, the SGX chief executive officer Loh Boon Chye said that his first priority is to boost liquidity.

"We also recognise that only with a sufficiently deep and liquid market will we be able to attract more IPOs as and when global economic and financial conditions improve," he said.

Listings are a sure indicator of the health of an exchange. What is worrying is that some local firms are looking overseas for their first listing instead of setting up shop here.

When Straits Times veteran journalist Goh Eng Yeow asked during the results briefing whether the exchange was concerned that local companies were going overseas to list instead of staying at home, Mr Loh admitted that it was an issue.

To combat the malaise, SGX said that it is expanding its Market Maker and Liquidity Provider to the smaller mid-cap and small cap stocks.

It is also spending on technology and developing its index business to improve its bottomline and add diversified streams of revenues.

Mr Loh also did not rule out offering futures and options for single stocks for retail investors, once it has its new software system up and running.

These are sensible moves over the medium term but the long-term solution has to be finding new ways of boosting interest in stocks and investing.

The SGX said it will commit to giving either 80 per cent of its annual net profit or 20 cents in dividends, whichever is higher.

The company, a monopoly, has improved its performance in recent quarters. But it remains to be seen if the current lack of interest in the local market will continue to fester or whether the SGX can overcome this.