NEW YORK - Indonesia's Vice-President Jusuf Kalla has reiterated that Indonesia need not apologise to neighbouring countries over haze from forest fires in Sumatra and Kalimantan.

Indonesia only needs to ensure forest fires that cause haze do not recur, he was quoted as saying on Indonesian news site kompas.com.

"Look at how long they have enjoyed fresh air from our green environment and forests when there were no fires. Could be months. Are they grateful? But when forest fires occur, a month at the most, haze pollutes their regions. So why should there be an apology?" he said during a dialogue session with Indonesians in New York at the Indonesian Consulate-General on Thursday.

He also claimed that companies from neighbouring countries are paying locals to clear lands using the slash-and-burn technique.

This was not the first time Mr Kalla has made such remarks. He made similar remarks between 2005 and 2007 when he was Vice-President to then President Susilo Bambang Yudhoyono. 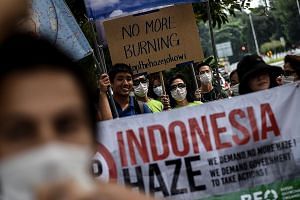 Jakarta to share names of culprits behind haze fires 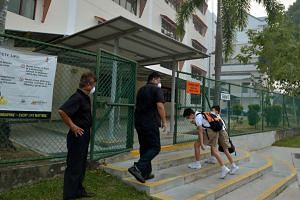 On Sept 18 this year, he made the same point after meeting Malaysian Deputy Prime Minister Ahmad Zahid Hamidi at the vice-president's office.

Mr Kalla said forest fires and destruction were started by foreigners who needed land in the 1960s and 1970s.

They later collaborated with Indonesian entrepreneurs.

"They taught us to destroy forests. As a result, using development as an excuse, our forests were felled. Our peatlands were opened up. Wet peatlands dried up, making them easier to burn," he said, naming several foreign companies.

He said besides preventing forest fires from recurring, the government has also issued bans on logging and moratoriums on the use of land, including opening up lands for new plantations