Added to climate change, it is a recipe for disaster but preventive measures are being rolled out

It sounded soothing - harmless, even - but the licks of fire that The Sunday Times photojournalist Mark Cheong and I saw in Indonesia's Riau province in April this year belied the vastness of the problem.

We were walking through what were once plantations of acacia trees, grown for the production of pulp and paper.

But hectares of trees had been reduced to scorched earth, laid waste by the ravages of fire.

The licks of flame we saw were vestiges of the fire possibly still raging under the dried-out, flammable peatlands we stood on.

Later, we learnt from Mr Okto Yugo Setiyo, deputy coordinator for environmental group Riau Forest Rescue Network, or Jikalahari, that the fire had started a month before our arrival.

These fires are not uncommon in Indonesia's agro-forestry landscape. But, this year, their strength could have been influenced by El Nino - the natural climate phenomenon that brings hotter and drier weather to South-east Asia.

According to the United States National Oceanic and Atmospheric Administration, this year is an El Nino year. It is, however, no match for the one that hit four years ago.

Many Singaporeans may remember the "monster" El Nino event in 2015, however, as more of a big inconvenience. For two months in September and October, the Republic was shrouded in thick haze that disrupted outdoor events and prompted many to seek shelter in air-conditioned malls.

But for Indonesian journalist Mukhlis Senin Wijaya, 40, the crisis had a much higher cost: his eldest son, Mohannum Anggriawati, died after days of breathing difficulties and nights where he simply could not fall asleep as a result.

The elementary school pupil was a precocious child close to his mother, and could speak three languages and one dialect - Bahasa Indonesia, Arabic, English and Hokkien, says Mr Mukhlis, whose family lives in Indonesia's Riau province - one of the areas hardest hit by the pollution.

Back then, the haze was so thick the air turned yellow, and the air reeked, he tells The Sunday Times through an interpreter.

"The haze incident is a bitter experience for my family," he says.

The extreme haze episode that year was caused by a "monster" El Nino - one of the three strongest to have occurred in the past five decades.

El Nino occurs every three to four years on average. When it hits, it causes weather in South-east Asia to be hotter and drier than usual.

Without rain to help douse the fires usually started by humans to clear land for plantations, they spiral out of control.

The remote location of the fires can delay firefighters, hampering efforts to put them out quickly.

For an idea of the vastness of the landscape, picture this: It took us about 10 hours by car, ferry and motorcycle to get from Pekanbaru, the capital of Riau, to the site in Bengkalis regency where we saw the remnants of the fire.

The impact of El Nino usually lasts just a few months. But, with climate change, scientists in Indonesia say they are certain that its impact will be felt more keenly.

Dr Arief Wijaya, senior manager for climate and forests at think-tank World Resources Institute (WRI) Indonesia, says: "El Nino events are getting more frequent, causing a lot of losses in terms of the areas burnt, the impact on health and total economic loss."

The World Bank estimated that the haze crisis in 2015 cost Indonesia more than US$16 billion (S$22 billion) in economic damage.

Estimates by researchers from the Harvard and Columbia universities in the United States had put the number of early deaths caused by the haze that year at 100,000.

The number is staggering, yet statistics mask the pain of families coping with the loss of their loved ones, such as in the case of Mr Mukhlis.

Coconut farmer Muis - who, like many Indonesians, goes by one name - also recalls a brush with El Nino in 2015. The 55-year-old from Riau province says that coconuts dropped to the ground before they grew big enough to sell.

"Usually, I harvest about 700kg of coconuts twice a month. But when El Nino came in 2015, I could harvest only once in two months," he says in Bahasa Indonesia.

Scientists are still studying how climate change would affect the frequency and intensity of El Nino.

As the Intergovernmental Panel on Climate Change noted in its fifth and most recent assessment report, "changes in (El Nino) intensity for the 21st century are uncertain", due to varying conclusions by different climate models.

But, on the ground, El Nino is felt differently.

From Indonesia to the Galapagos Islands - archipelagos across the Pacific Ocean that are ground zero for the impact of El Nino - scientists, farmers and activists I interviewed all point to the growing burden of the phenomenon.

For Indonesia, the growing impact of El Nino could boil down to how land there is being managed. There, forests are being cleared for plantations, to feed the world's increasing appetite for commodities such as palm oil.

Figures from the Centre for International Forestry Research show that plantations in Indonesia and Malaysia produce around 85 per cent of global palm oil supply.

As Mr Mukhlis acknowledges: "The haze may be worsened by natural events, but humans started it."

In Indonesia, fire is often used by small-time farmers and larger agro-forestry companies as a tool to clear land for oil palm and pulp and paper plantations.

Fire is commonly used around the world to open land for agriculture, but, in Indonesia, this practice is problematic because of the scale at which it is carried out and the type of soil that most of these plantations sit on - peat.

But cash crops like oil palm and acacia do not do well in waterlogged soil. So, large agriculture companies drain the land by building canals.

As the peat gets exposed to air and dries, the organic matter in it becomes fodder for fire.

Says Jikalahari's Mr Okto: "This makes the peatlands more flammable, and areas around the plantations are also at risk of fire."

We had the chance to see burnt peat in Bengkalis regency during our reporting trip in April.

While there, Mr Okto grabbed a handful of the ground we stood on and held it out to us, saying: "Peat swamps are supposed to be water-logged. But when they are drained and burned, they look like this - like a dried-up sponge."

With a solemn face befitting of the landscape we were in, he declares: "This is a peatland that has been destroyed."

As the world discusses avoiding the harshest impacts of climate change by investing in renewable energy and reducing reliance on fossil fuels, the Earth's natural defences against global warming are sometimes underestimated.

Tropical rainforests and peatlands, for instance, help to absorb heat-trapping carbon from the atmosphere.

Yet, as the example of the peatlands in Indonesia has shown, these important ecosystems face many threats - from El Nino, climate change and human activity such as deforestation.

National University of Singapore botanist Lahiru Wijedasa says El Nino events and the drought-like conditions they bring to South-east Asia have been affecting forests for centuries. What has changed, however, is their ability to recover.

Deforestation and logging have broken up forests into smaller patches, causing the forest to dry out. This is known to scientists as the "edge effect", says Mr Lahiru.

Poaching of animals also affects the forest's ability to recover, he adds. When seed dispersers such as birds are poached for the pet trade, it is harder for seeds to be carried to barren areas where they could re-colonise.

Throw in the effects of El Nino, or changing rainfall patterns due to climate change, and you get a recipe for disaster, he says.

Trees, says Mr Lahiru, are not too different from marathon runners: "They can get through a drought by using their internal energy, but if they have to do this repeatedly, they exhaust this store of energy."

Some trees, especially those in regions where there are seasons, may be accustomed to drier spells and able to survive if these occur with ample recovery time in between.

But if the climate changes and dry spells happen more frequently, the worry is that they cannot.

He further explains: "If you run a marathon and you have enough time to recover, you can run again. Without that time, you cannot run as far as you did previously. Repeat this and a runner will just manage a kilometre before collapsing."

The good news is that, in the aftermath of the 2015 haze, Indonesia has rolled out a slew of preventive measures.

They include efforts to reduce the occurrence of fires such as damming up canals to re-flood dry landscapes, or measures to suppress the blazes when they erupt.

An initiative of Indonesia, Peru, the Democratic Republic of the Congo and the Republic of the Congo, the research centre aims to develop scientific projects that will inform the conservation and sustainable management of tropical peatlands, which can be found in all four countries. 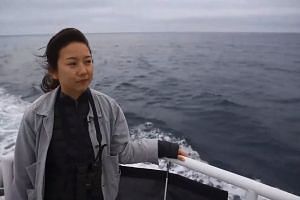 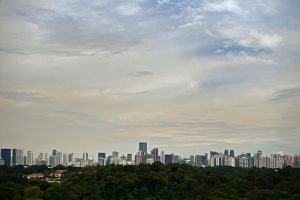 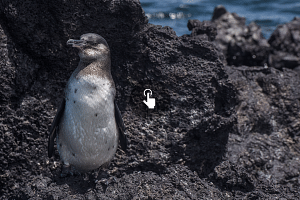 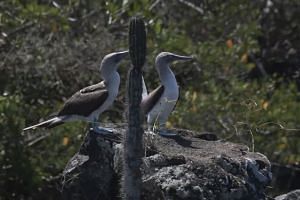 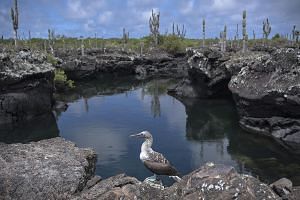