"I wish someone would give me a bomb and show me the way so that I can blow up their offices," said the woman, expressing her desire to mount a suicide-bomb attack on the Indonesian government.

"Me too," another user in the Telegram chat group promptly responded.

The online conversation between the two women, who were never identified, was picked up some time last August by researchers studying the radicalisation of women in Indonesia.

A new study by the Jakarta-based Institute for Policy Analysis of Conflict (Ipac), released on Tuesday night, confirmed that the emergence of ISIS has brought about a fundamental change in how extremists view the role of women in their cause.

The combination of ISIS and communications technology has dramatically changed how women extremists see themselves. ISIS has given them a more universal mission, while various forms of social media have enabled them to share information and reinforce their own aspirations.

MS NAVA NURANIYAH, an analyst with the Jakarta-based Institute for Policy Analysis of Conflict who studies women in terrorism.

While the roles as wives, mothers and teachers in militant groups remain the priority, there is now an unprecedented willingness by ISIS to contemplate deploying women as terrorists, according to the report.

This marks a sea change from the old Jemaah Islamiah militants, whose leaders did not allow women to take an active role in their terror cause, except under extreme emergency circumstances or for self-defence.

But the rising popularity of encrypted mobile messenger apps such as Telegram has led to a growing number of Indonesian women, including professionals and those working overseas as domestic helpers, becoming interested in ISIS, said the Ipac researchers.

Dian, who was arrested the day before she was to mount the attack, said she was first exposed to radicalism on social media in 2014. She was a domestic helper who had worked in Singapore and Taiwan.

Indonesian militant Bahrun Naim, who has joined ISIS in Syria, was also said to have coached one of the women on a terrorist operation using Telegram.

"The combination of ISIS and communications technology has dramatically changed how women extremists see themselves," said Ms Nava Nuraniyah, an analyst with Ipac who studies women in terrorism. 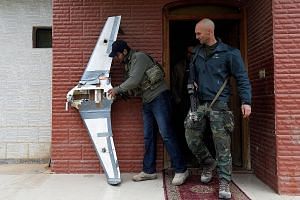 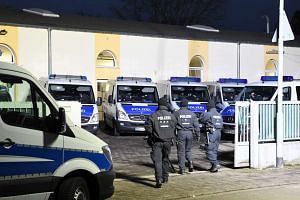 "ISIS has given them a more universal mission, while various forms of social media have enabled them to share information and reinforce their own aspirations."

These changes have come as ISIS fighters in Syria, including Bahrun, see women as useful for terror operations because they are less likely to attract suspicion.

"But it is clear that some Indonesian women are eager to emulate the lethal practices of their 'sisters' in other parts of the world."

Ipac said deeper research on "pro-ISIS women is more urgent than ever before" and the best subjects for such a study are the dozens of Indonesian women who have been deported from places such as Turkey after trying to cross into Syria to join ISIS.