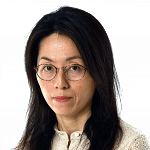 That changed on Wednesday (Sept 23) when a former journalist and mushroom farmer from Zhejiang overtook the Alibaba e-commerce platform founder to become the top billionaire - though briefly - in the country of 1.4 billion.

Mr Zhong Shanshan, who owns 84.4 per cent of Nongfu Spring - a popular bottled water and beverage maker in China - was propelled to China's top three richest after the initial public offering (IPO) of the company in Hong Kong on Sept 8.

Shares of Nongfu Spring - which sells tea, coffee, fruit juice and even fresh produce - closed 54 per cent above the issue price on debut, after soaring nearly 85 per cent at the open, China Daily reported.

Mr Zhong is also the biggest shareholder in vaccine maker Beijing Wantai Biological Pharmacy which has been traded on the Shanghai Stock Exchange since early this year.

The double booster catapulted the 66-year-old's net worth to US$58.7 billion (S$80.9 billion) on Wednesday, US$2 billion more than Mr Ma's on that day, according to the Bloomberg Billionaires Index.

"You would have typically expected the number one in China to come from (technology)," Mr Rupert Hoogewerf, chairman of wealth research firm Hurun Report, was quoted as saying by CNN Business.

But Mr Zhong did not stay at the top for long. A check of the Bloomberg index on Saturday by The Straits Times showed that Mr Ma, the richest man in China for the last six years, has regained the top spot with a net worth of US$56.5 billion, trailed by Mr Zhong with US$53 billion.

Little is known about Mr Zhong, a largely private person who does not grant many interviews and rarely makes public appearances, earning him the nickname "lone wolf".

More On This Topic
Jack Ma dethroned as China's richest, with 'Lone Wolf' Zhong Shanshan moving up
IPO mania in China creates three new billionaires in week
Who wants to be a Chinese billionaire?

Born in 1954 in Hangzhou in eastern China's Zhejiang province, Mr Zhong grew up during the tumultuous Cultural Revolution, a sociopolitical movement that lasted from 1966 to 1976. He dropped out of elementary school and became an odd-job labourer, moving from city to city for work, according to media reports.

After the end of the Cultural Revolution, Mr Zhong enrolled in a university and joined a Zhejiang daily as a business reporter before he ventured into business.

In 1993, he founded Yang Sheng Tang to develop healthcare products, including "turtle pills" to treat erectile dysfunction in the 1990s. In 1996, the company established Nongfu Spring as a subsidiary selling packaged drinking water.

In an exclusive interview with China Daily in 2016, Mr Zhong said Nongfu Spring's major breakthrough came in 1999 when he announced the company would stop selling purified water to focus on mineral water as the former offered no health benefits.

But the saga hardly left a dent on Mr Zhong, who China Daily said is married with three children.

"Who would have thought that Zhong, a man who sells bottled water, in the age of IT and post-Covid economy, could actually become the richest man in China overtaking Jack Ma and Pony Ma (of Tencent)?" said Mr Hoogewerf.