BEIJING (AFP) - A Canadian sentenced to death in China for drug trafficking likely appealed the ruling Monday (Jan 28), his lawyer said, in a case that has further strained relations between Ottawa and Beijing.

Robert Lloyd Schellenberg, 36, was handed the death penalty at a one-day retrial two weeks ago after a high court decided that his previous 15-year sentence was not harsh enough given the severity of his crime.

The ruling dramatically raised the stakes in China's diplomatic row with Canada sparked by the arrest in Vancouver of a top Chinese telecom executive.

Schellenberg said during a consular visit last week that he planned to submit his appeal to the northeastern Liaoning High Court, his lawyer Zhang Dongshuo told AFP.

"Today (Monday) is the deadline... so based on what he previously told us, he's likely to have submitted the appeal," said Mr Zhang, who has to wait to be notified by the court to know if the paperwork was filed.

Schellenberg is likely to lose the appeal and the case will go to the Supreme People's Court where it could languish for years, experts say.

China says that he was a key member of an international drug trafficking syndicate which in 2014 planned to ship some 222kg of methamphetamine to Australia hidden in plastic pellets in rubber tyres. 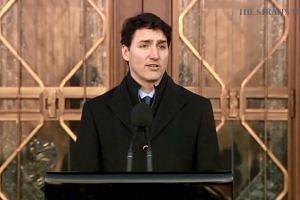 Schellenberg claims that he was visiting China as a tourist and had chosen the industrial port city of Dalian, where he was unwittingly swept up in a drug smuggling ring by a Chinese man recommended as a translator.

In the retrial earlier this month, prosecutors painted him as having especially flown in to oversee the drug shipment, visiting warehouses and hardware shops instead of the usual tourist sights.

Canada has urged China to grant clemency to Schellenberg.

The case comes amid a clash between Ottawa and Beijing over the arrest of Huawei senior executive Meng Wanzhou, who was detained in Vancouver on request of the United States, which says she violated American sanctions on Iran.

In a move observers see as retaliation, Chinese authorities detained two other Canadian citizens - a former diplomat and a business consultant - on suspicion of endangering national security.

Over the weekend, the row led to Canada's ambassador to China getting sacked after he suggested it would be "great" for Ottawa to release Ms Meng.

Even if the upper court in Liaoning upholds the death sentence, it would need to be confirmed by the Supreme People's Court in Beijing, said Margaret Lewis, a law professor at Seton Hall University.

There are no time limits for how long this can take, and there are points during which the case can stall, including having the sentence downgraded to a suspended death sentence, she added.

"There are simply too many unknowns at this point to assess with any certainty how events will play out from here.

"The case is formally in the courts' hands, but it is highly politicised," she said.