It is a critical issue as the world rushes to achieve herd immunity against the coronavirus.

How does the largest continent in the world immunise 4.5 billion people in the shortest time possible? The Straits Times bureaus find out in this special report.

Grappling with myriad challenges on path towards Covid-19 immunity 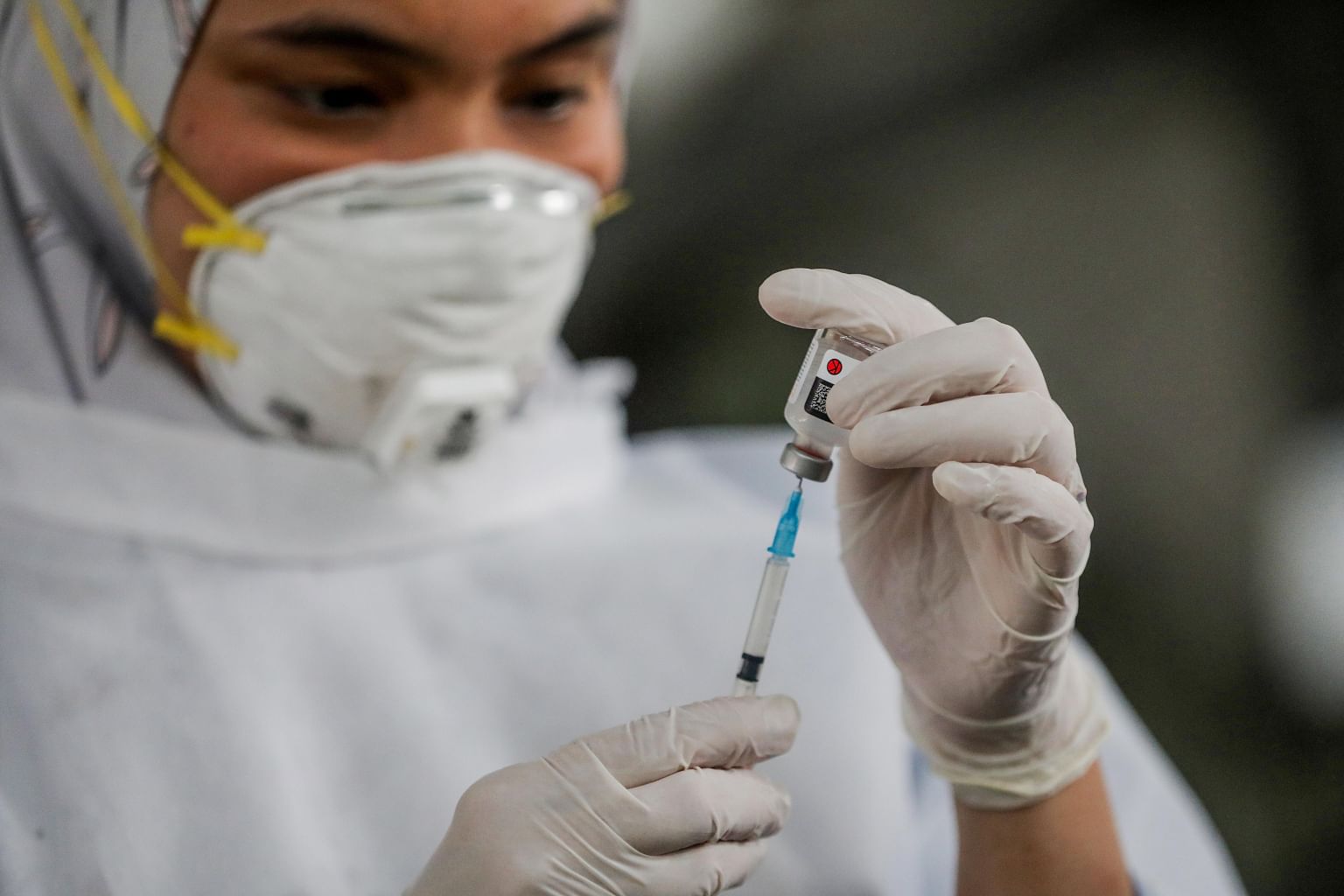 Vaccinating the world against Covid-19 was never going to be an easy task to begin with.

But with many countries rolling out vaccination drives, the full scale of the difficulties in getting the job done has become increasingly apparent.

Countries that spent most of last year ramping up production capacity in preparation for the Covid-19 vaccines are still falling far short of meeting the massive demand. 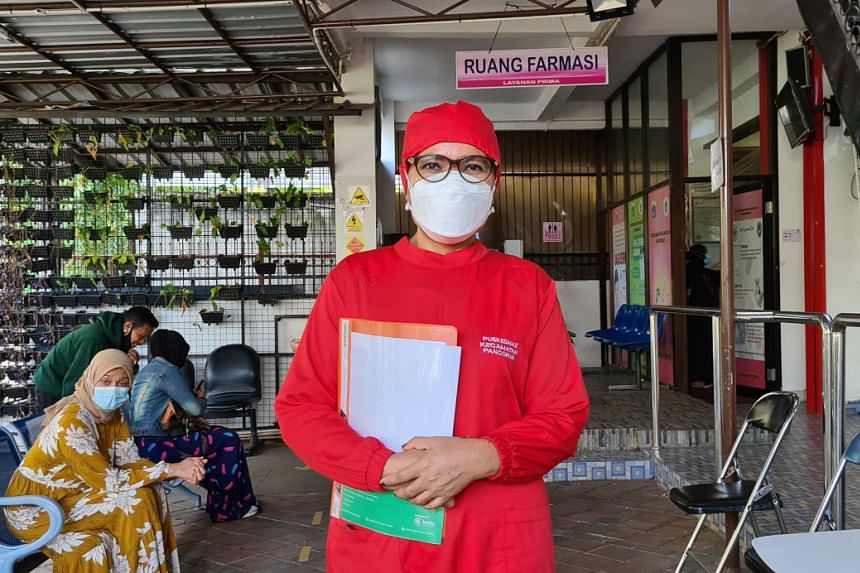 Stationed at one of the community health clinics in capital city Jakarta, the 52-year-old carefully fills syringes with the Chinese-made Sinovac vaccine and calmly injects health workers and the elderly - the priority recipients in the country.

Calming frayed nerves is hard; some patients scream and turn hysterical, she says. Casual chats and drinks usually do the trick. 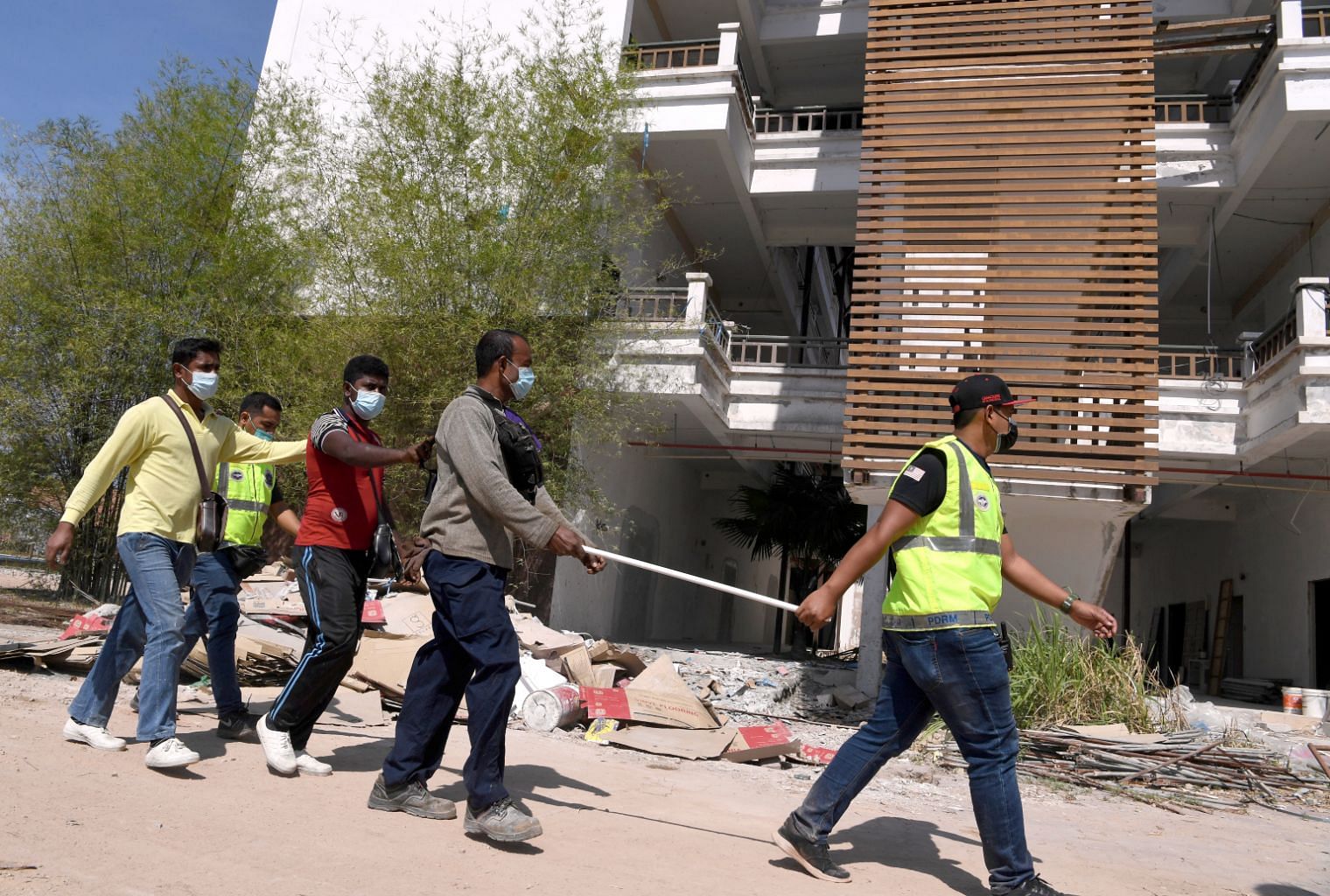 Millions of migrant workers in Malaysia - most of them undocumented - are keen to take the Covid-19 vaccine that the government has offered for free, but are seeking stronger guarantees that they will not be arrested when they turn up for vaccination.

Estimated to number around three million, or nearly 10 per cent of the country's population of 33 million, undocumented migrants account for 30 per cent to 50 per cent of Covid-19 cases reported daily.

Hence they pose the biggest challenge for the Malaysian government to meet its goal of vaccinating at least 80 per cent of all residents by the end of this year. 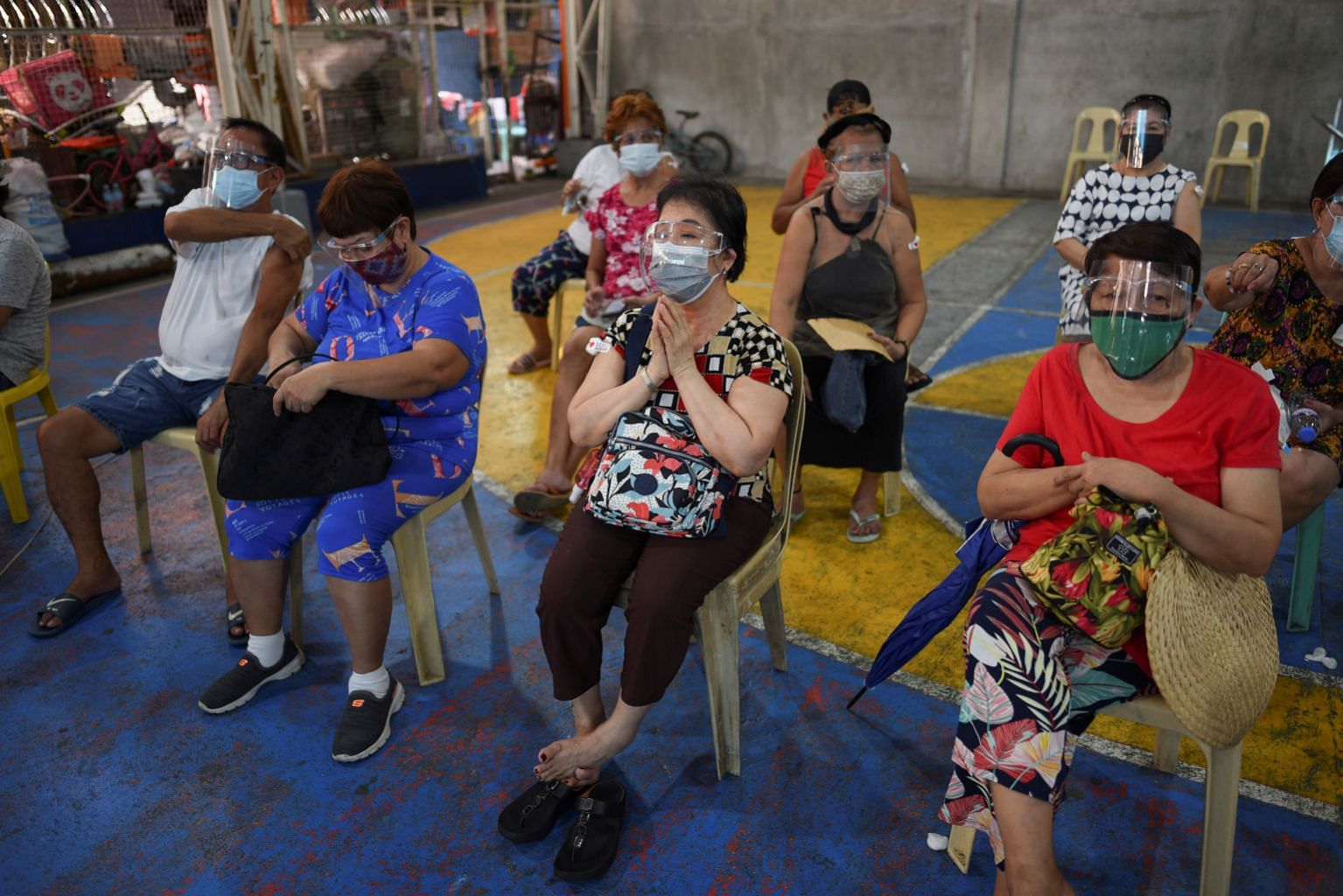 Ms Sheila Reyes, 38, had been working in Singapore for 12 years when she was let go.

When the Covid-19 pandemic began to cut deep into Singapore's leisure industry, Ms Reyes, who was a guest relations executive at Resorts World Sentosa, and about 2,000 others from the hotel were laid off last August.

Lacking options, she went back to the Philippines. Seven months later, she is still trying to land a job abroad. 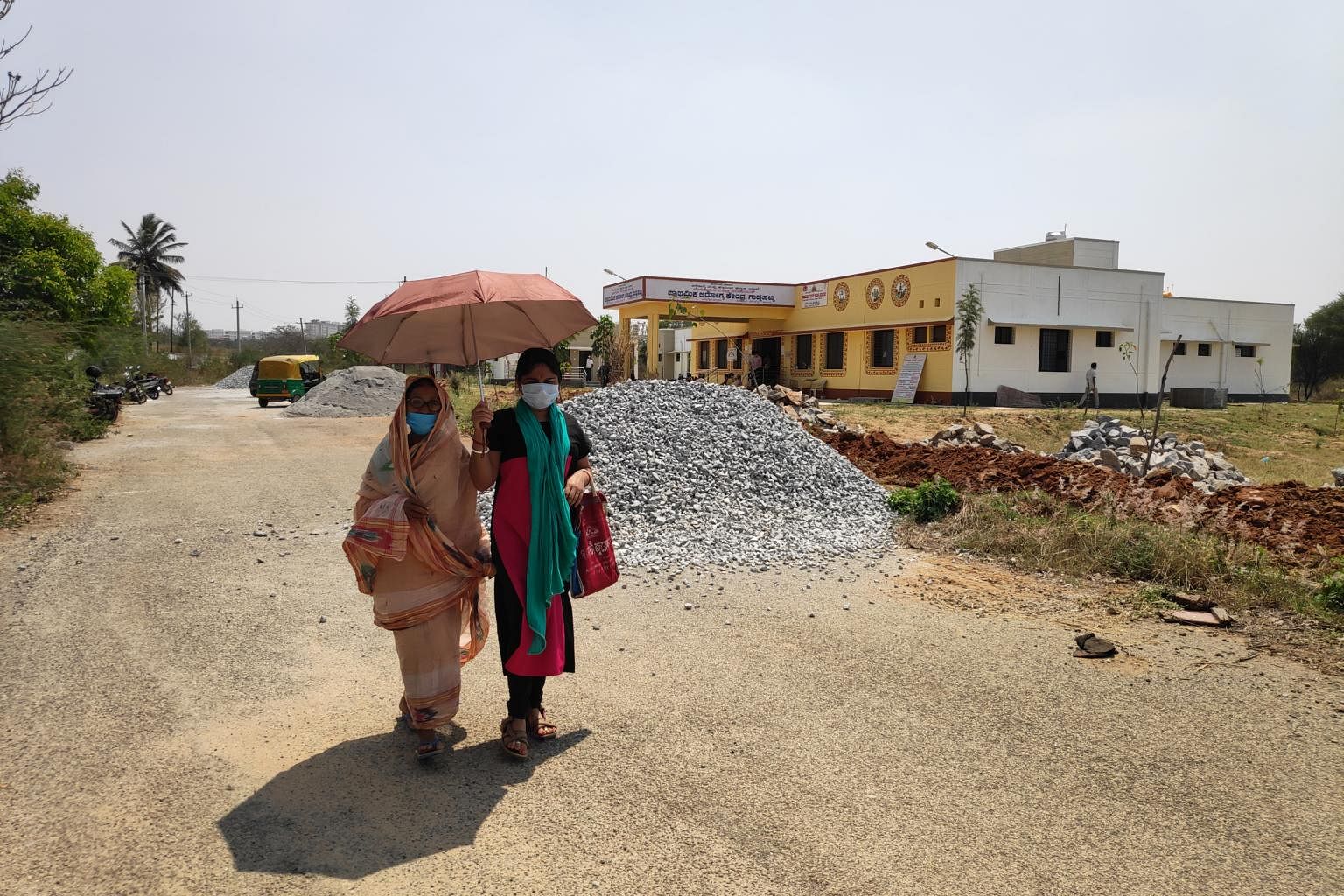 As Mr Shankarappa D, 61, helped his mother through the corridor of a primary health centre (PHC) in Guddahatti village in the South Indian state of Karnataka, the 80-year-old held her walking stick so tightly her knuckles went pale.

"She's scared the injection will hurt," Mr Shankarappa told the nurse in Kannada.

Throughout the 30 seconds it took for her to get the Covid-19 vaccine, his mother Goyamma chanted: "Aiyayyo, aiyayyo," in anticipation of the pain. 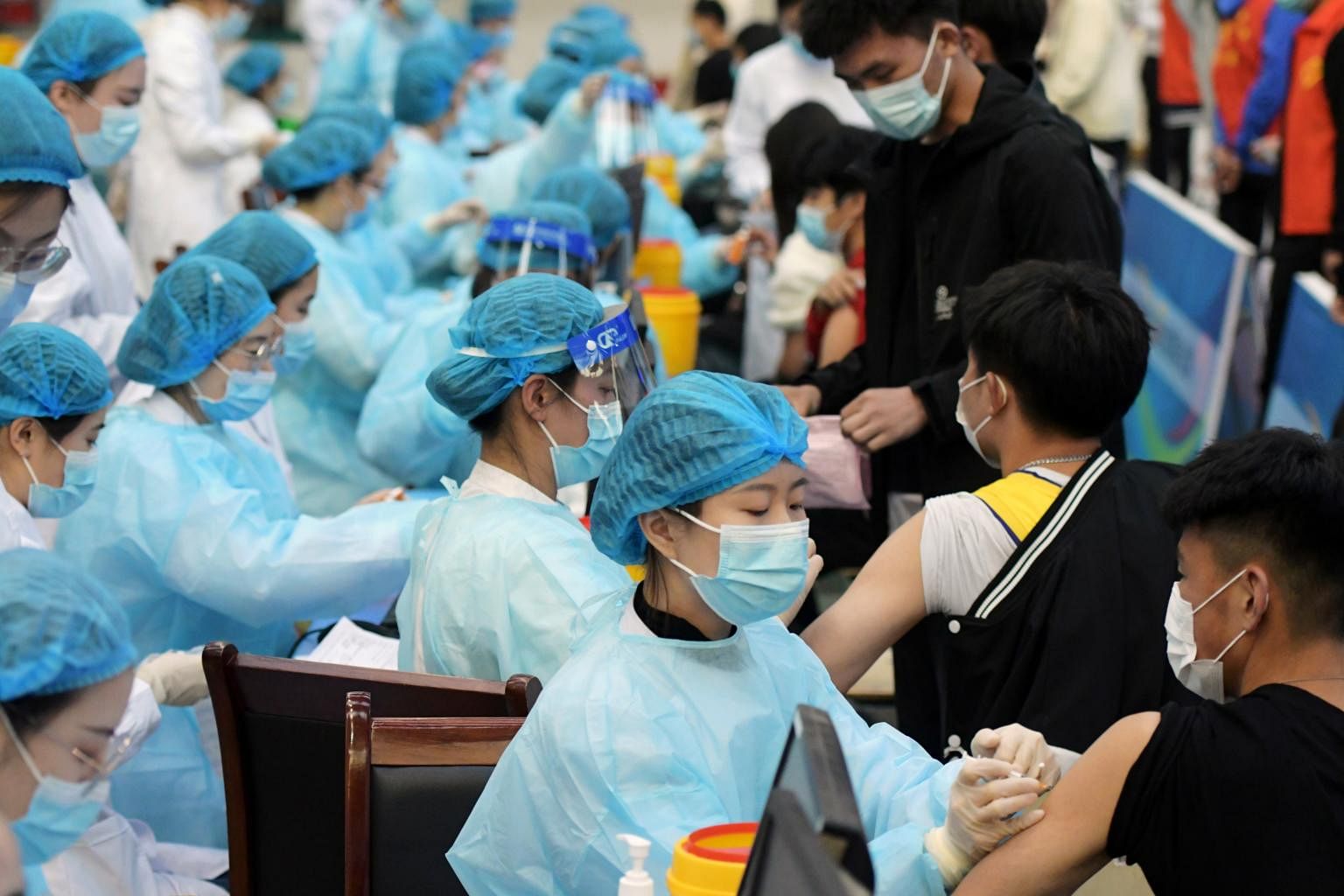 In mid-January, waiter Zhang Jixin was among tens of thousands of essential workers in Beijing who were offered the first dose of China's first publicly available Covid-19 vaccine.

Within days, he and about a dozen co-workers at a hotpot restaurant received their first of two injections from local drug maker Sinopharm.

"We were told at the time that getting the jab was completely voluntary," Mr Zhang, 29, told The Straits Times. "But if we didn't get it, that might affect our ability to continue serving members of the public." 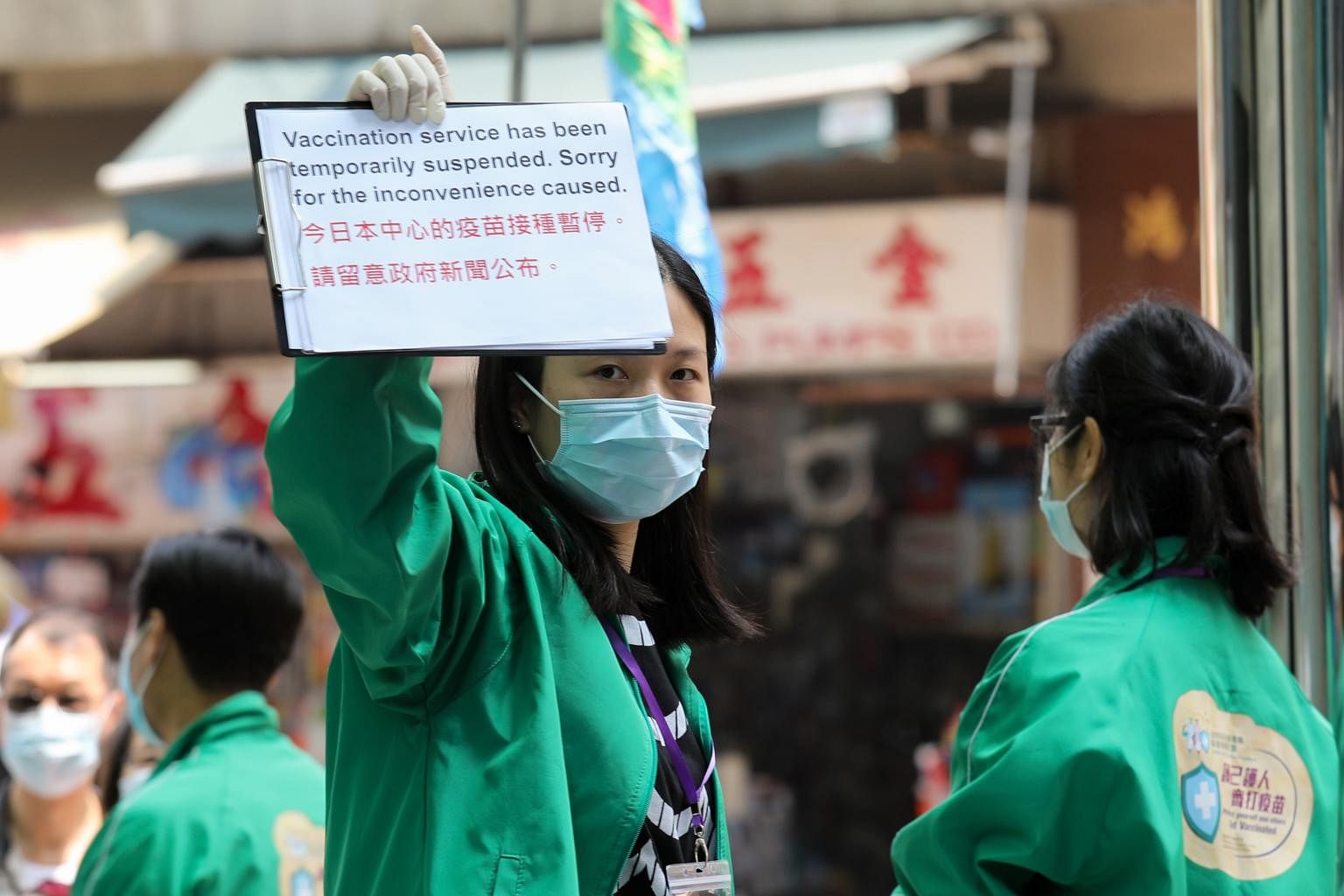 Hong Kong has pushed for vaccinating all healthy adults quickly.

As pressure mounted on officials to restart the economy, the five-week-old islandwide vaccination programme that was rolled out to priority groups first - the sick and the elderly - was quickly expanded to those aged 30 to 59 to attain herd immunity fast.

Now, the government is thinking of extending it to those aged 16 to 29 too. 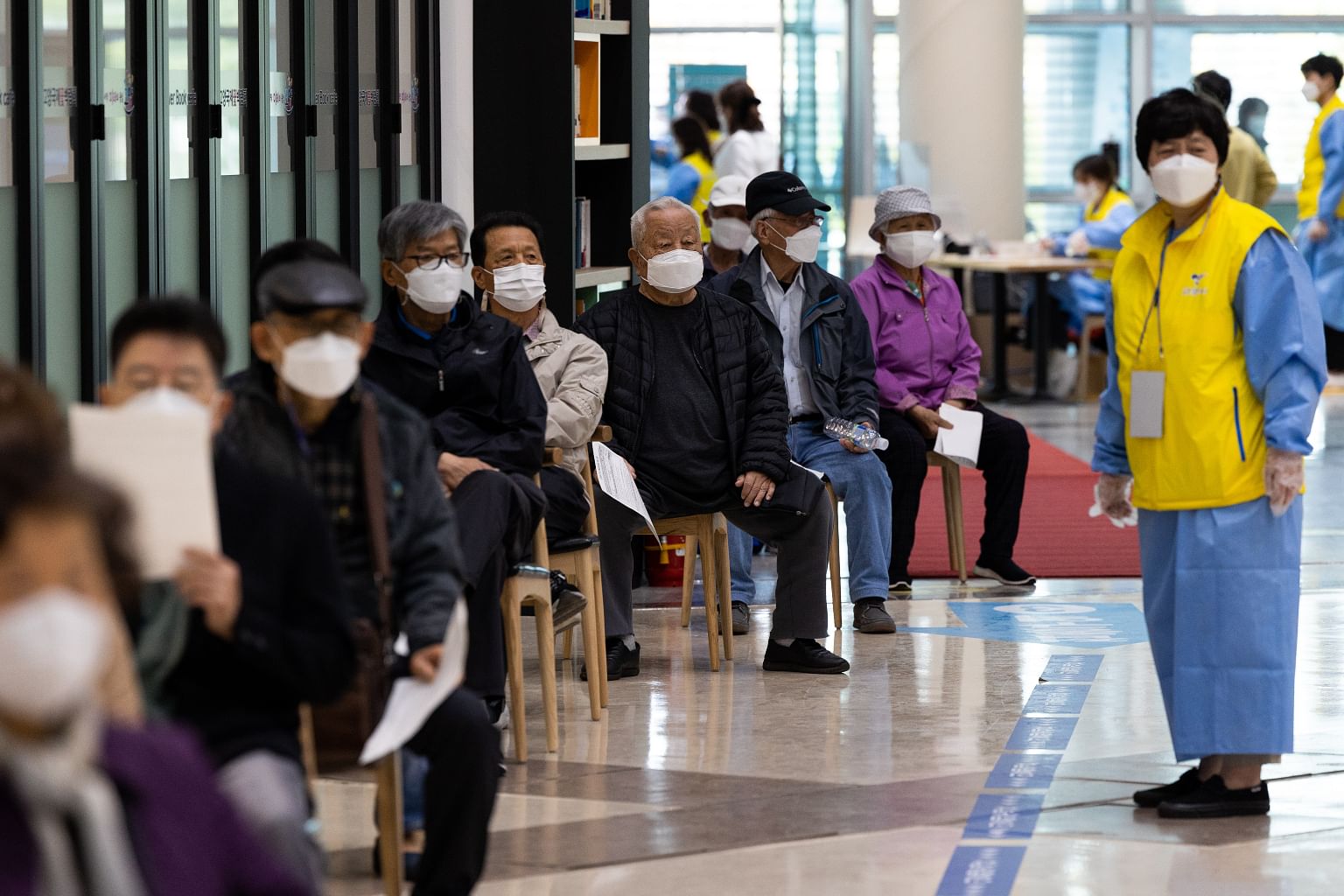 Get inoculated against the coronavirus and claim up to two days of "vaccine holiday" to recover from side effects such as fever and muscle pain.

This was the plan announced by the South Korean government to encourage more working adults to take the shot after the vaccination programme was expanded to the public on Thursday.

However, the holiday plan is already drawing flak for merely being a "recommendation", and not mandatory.

South Korean man, Singaporean fiancee inoculated ahead of May wedding 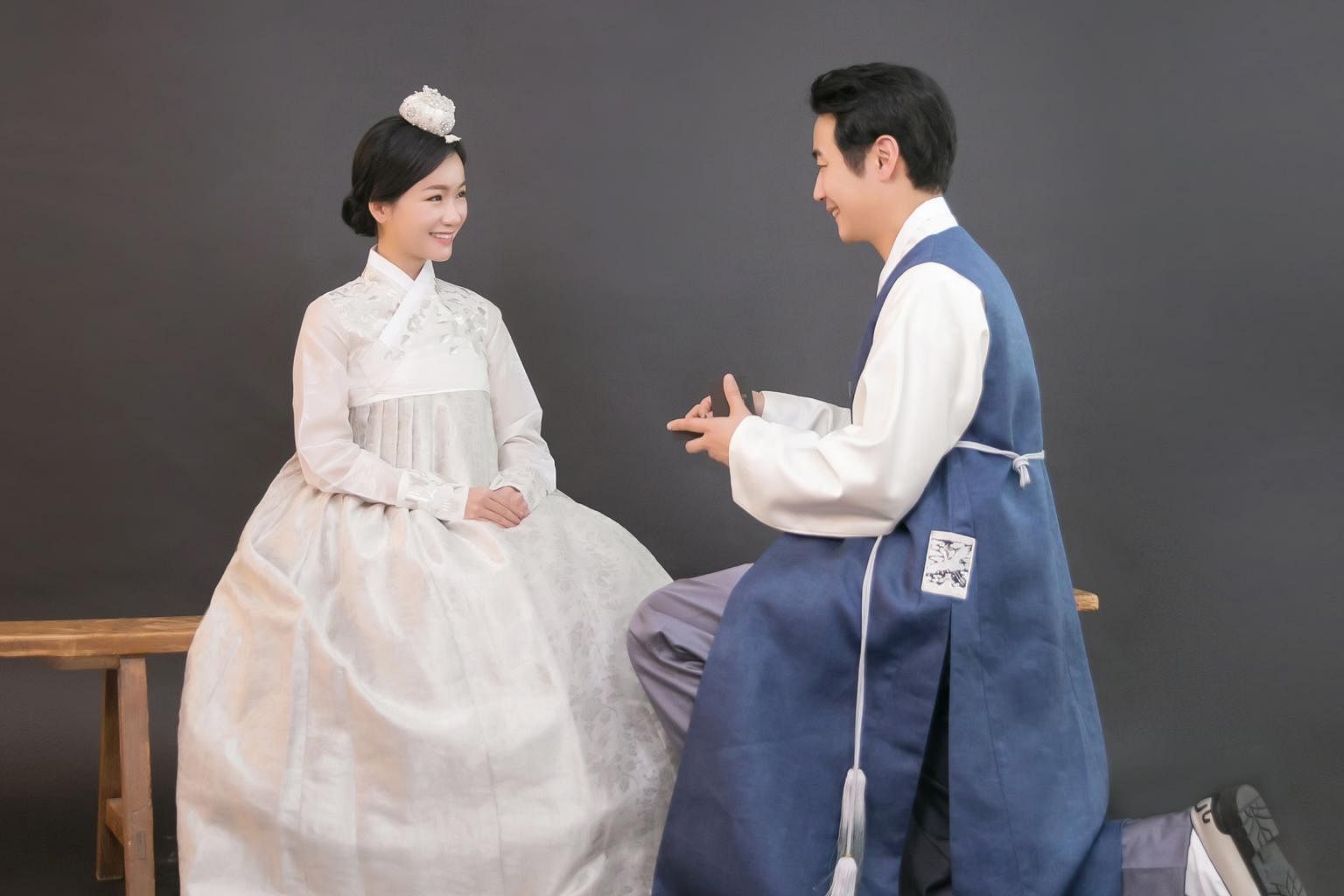 Singaporean Stephanie Chan and her South Korean fiance Kim Min-cheol have been separated for more than 400 days.

They were in the midst of planning their wedding, as well as Ms Chan's relocation to South Korea, when the Covid-19 pandemic struck.

"We were supposed to tie the knot last May, but because of strict border restrictions, our wedding plans burst like a bubble," Mr Kim, 35, told The Straits Times. 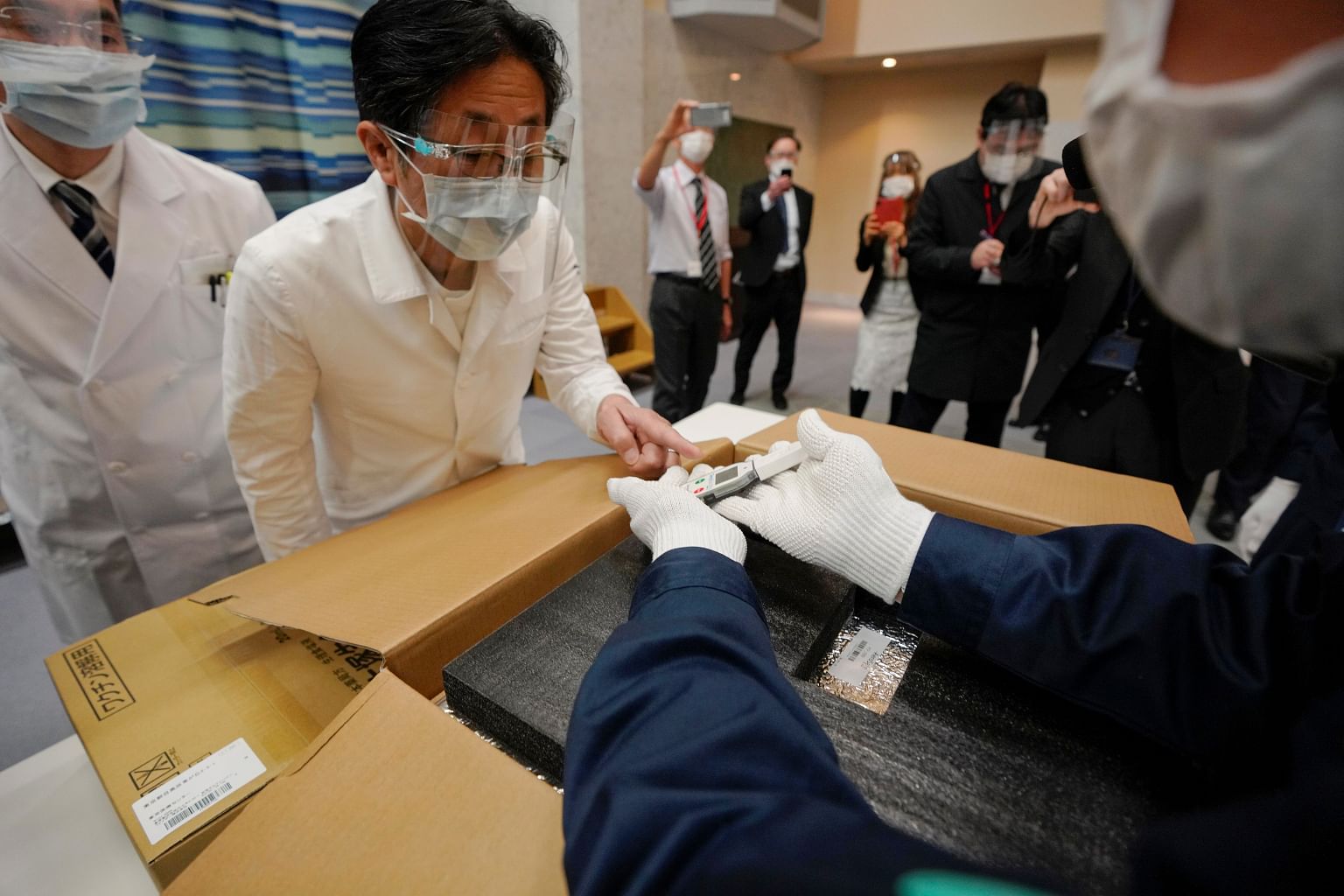 Just over six in 10 Japanese have told media polls that they want to be vaccinated against Covid-19, which doctors fear will not be enough to give the country herd immunity.

One reason for this dismal figure, Japanese Society of Vaccinology director Toshihiro Tanaka told The Straits Times, is hesitancy due to primal fears over a new product, exacerbated by Japan's chequered past with vaccines.

In 1989, Japan introduced a vaccine against mumps, measles and rubella, but this was discontinued four years later after reports of adverse side effects in one out of 1,200 cases. The government, sued by victims, lost the case.

No rush for Covid-19 jab in Taiwan, given fears over side effects 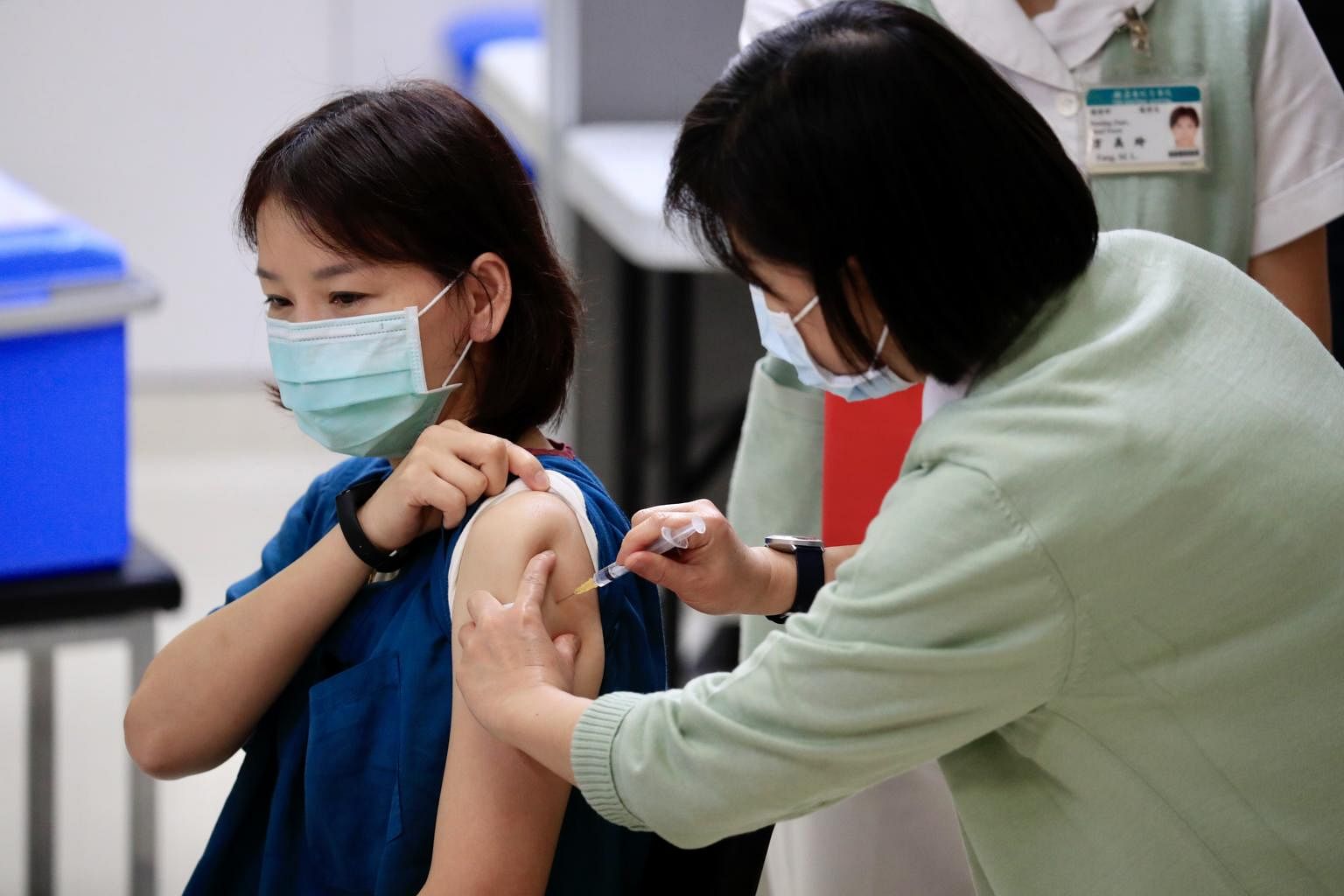 Taiwan kicked off its Covid-19 vaccination programme on March 22, but the roll-out has been slow, with only 10,891 people receiving their first shots by Tuesday (March 30), the majority of them front-line medical workers.

Next in line are medical staff who are not manning Covid-19 wards and are on the front line. They can get vaccinated from April 6.

The first batch of 117,000 doses of the AstraZeneca vaccine, known as AZ here, were imported as the island is still conducting human trials on a domestically produced one. 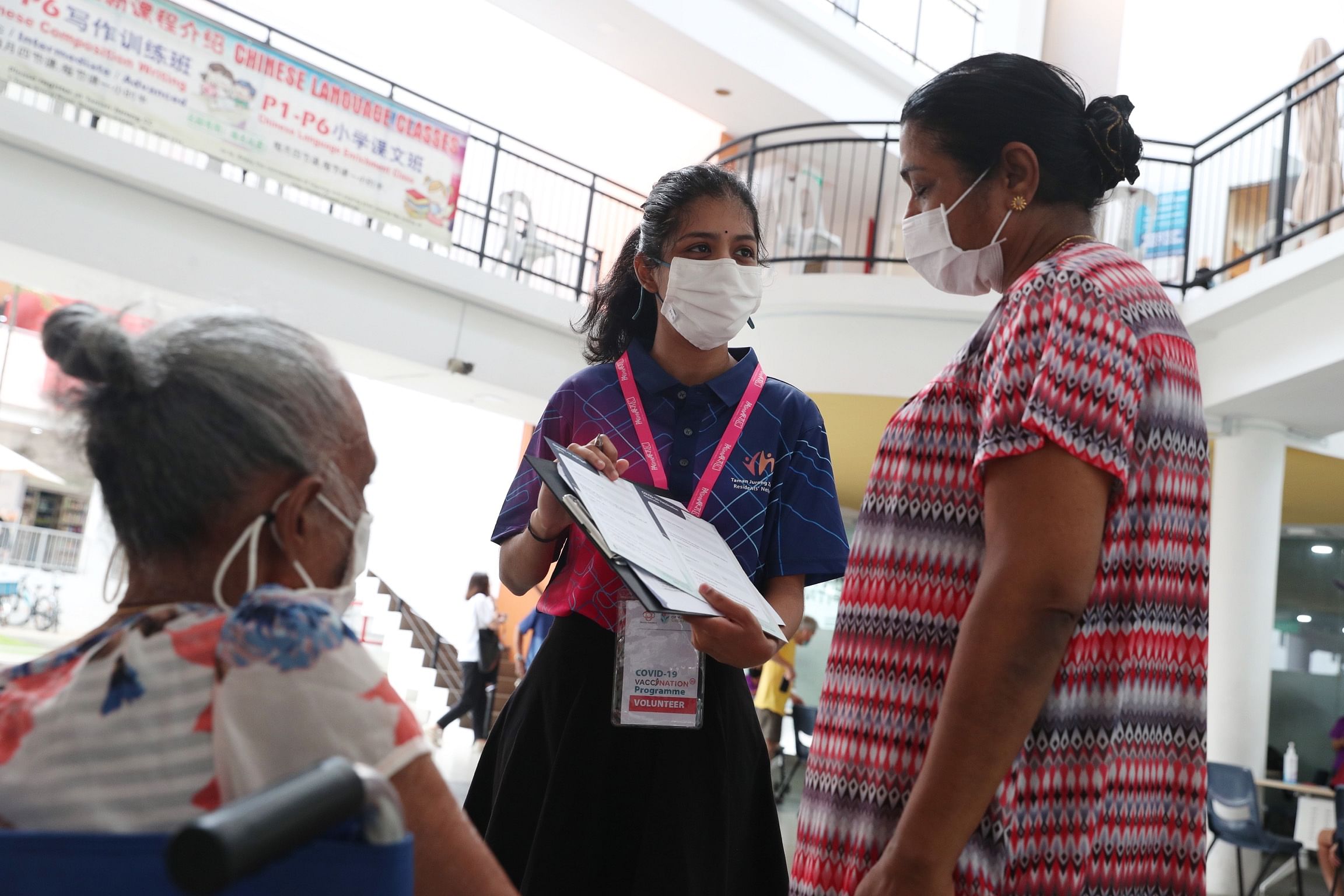 With Covid-19 vaccinations in full throttle in Singapore, 943,000 residents have already received at least one of their two shots.

The number is set to rise with the announcement last week that those between ages 45 and 59 can now register for their turn.

Even before the national exercise kicked off late last year, a Straits Times poll found that a majority - eight in 10 - said "yes" to getting inoculated. 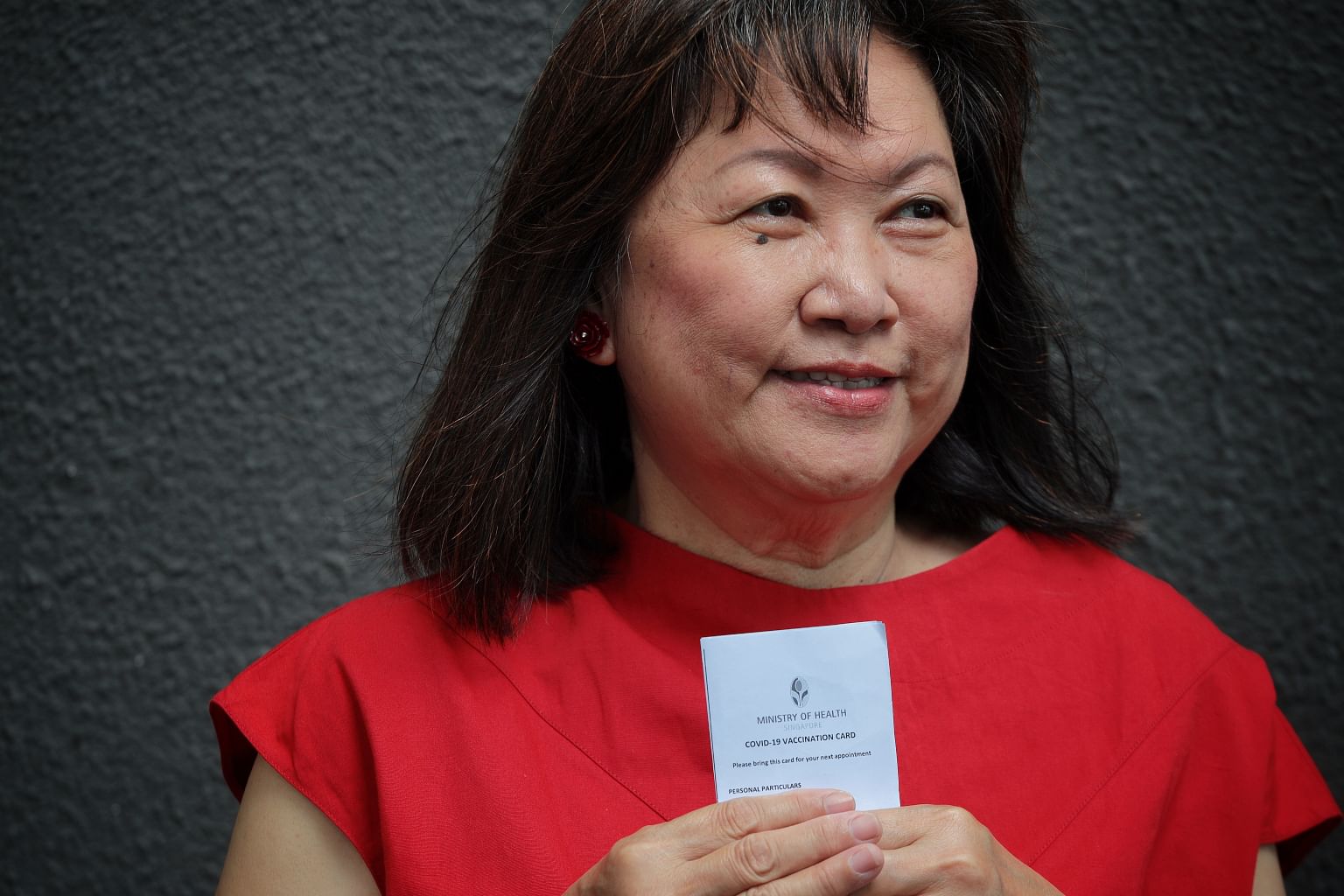 But the retired bank employee was not always convinced she should get the vaccine.

When Singapore began ramping up vaccination efforts earlier this year, she had some doubts. 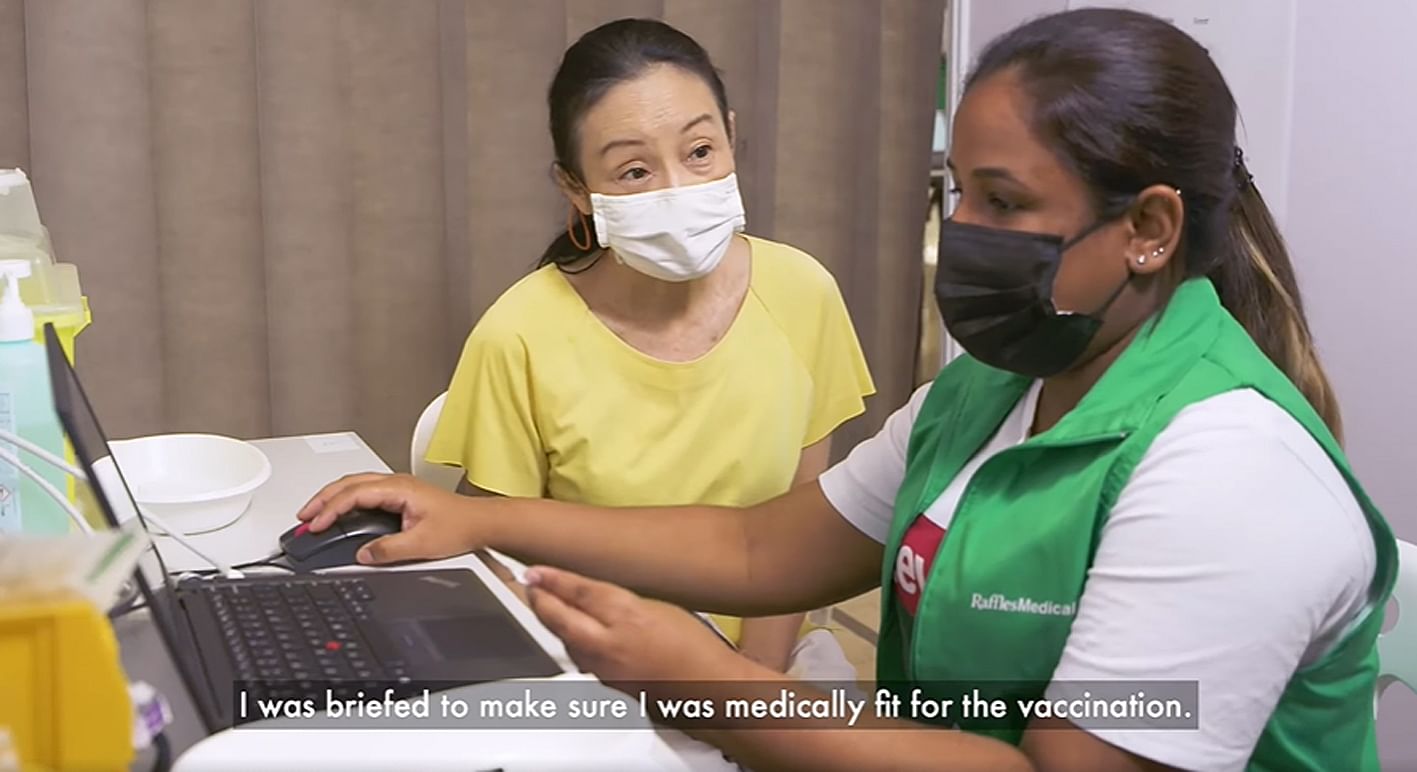 As Singapore ramps up its nationwide vaccination drive, an all-out information and outreach effort is under way to encourage residents here to get vaccinated against Covid-19.

In the past few months, celebrities, social media influencers, private companies and grassroots volunteers have been roped in to spread the word on the vaccines, in person at coffee shops or house visits, or via online channels such as Facebook and even TikTok.

These include efforts to explain the science behind the vaccines, assisting people with registering for a jab and addressing concerns or dispelling misinformation about the vaccine. 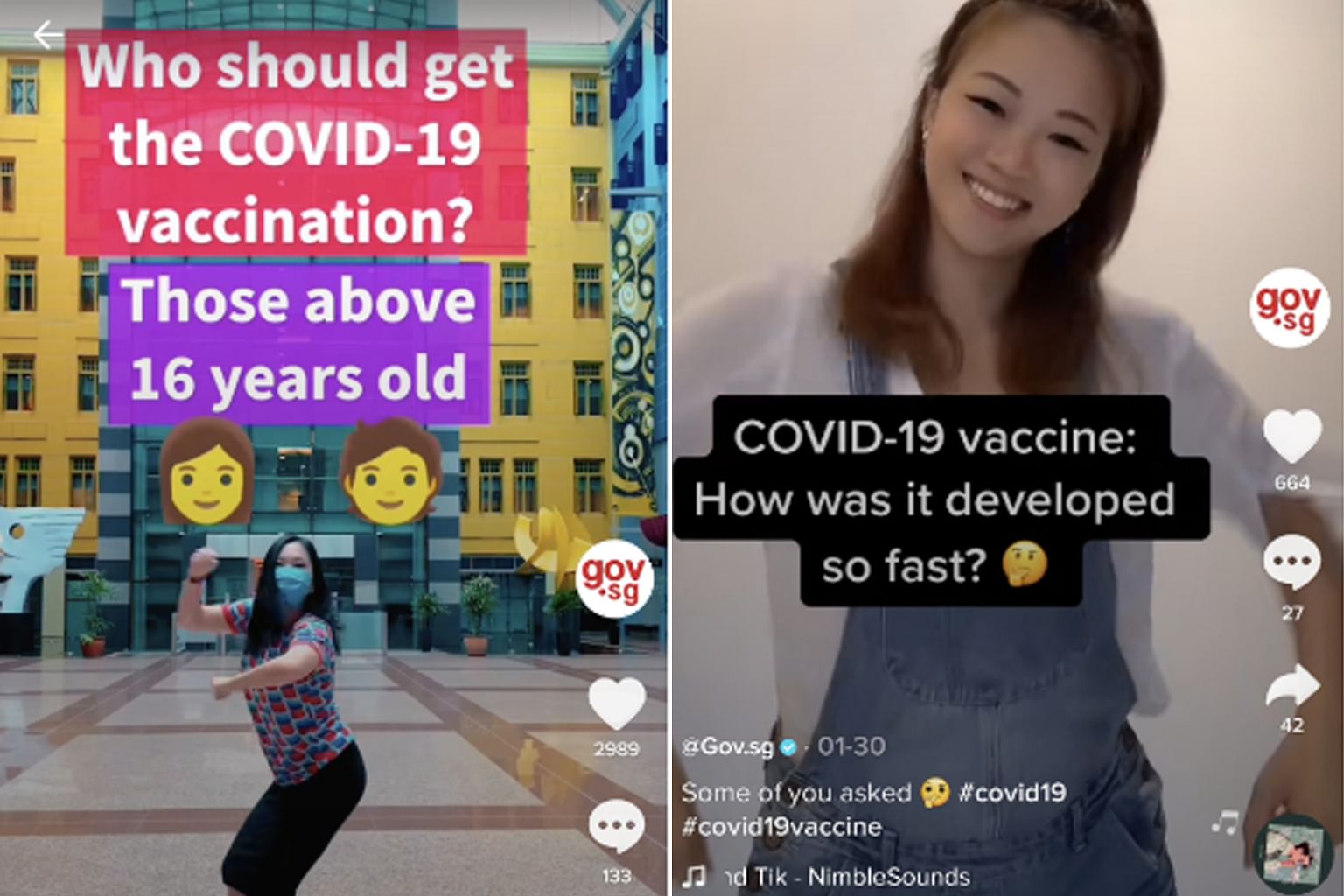 In February, the Gov.sg TikTok channel, set up in April last year, posted a video in response to a comment from a TikTok user who claimed that 29 elderly people had died in Norway because of side effects from the Pfizer-BioNTech vaccine.

The short video, set to catchy background music, says the World Health Organisation and the Norwegian authorities have found no evidence that this was the case.

It also includes screenshots from official sources, which say that a high proportion of nursing home residents in Norway who received jabs during the first round of vaccinations were very frail or terminally ill patients.

Foodcourt chat to allay fears about Covid-19 shots among Singaporeans 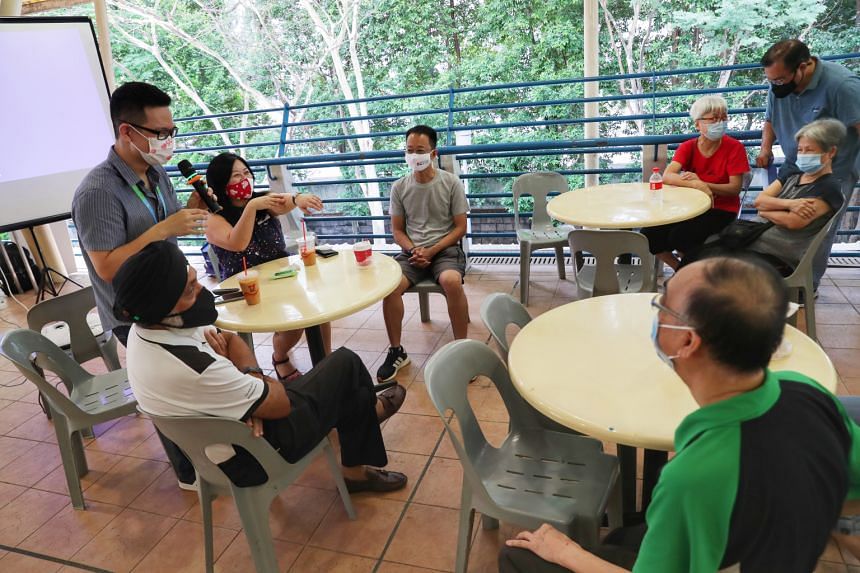 It was an early Sunday morning at a foodcourt in Punggol, but Dr Noel Yeo, chief operating officer of IHH Healthcare Singapore, was already fielding questions from residents about Covid-19 vaccinations.

The one-hour "talk show" at Punggol Plaza hosted by an MP for Pasir Ris-Punggol GRC, Ms Yeo Wan Ling, is an outreach initiative to spread the word about the vaccines.

"We have activated our grassroots leaders as well as community partners from the local temples, churches and mosques to visit door to door our residents and help seniors who have been invited to the vaccinations to book their vaccination timing with us on the spot," she told The Straits Times.