SINGAPORE - What were Singaporeans most curious about in 2018? Sports and current affairs, Google says.

The 2018 Fifa World Cup, which was held in Russia, was the top trending search in Singapore this year, ahead of the Malaysia elections and the Australian Open 2018, which came in second and third respectively.

The Malaysia elections, which saw the Pakatan Harapan coalition ending the 61-year rule of Barisan Nasional, also came in second on the trending international news list.

The Trump-Kim summit was also on Singaporeans' minds, as it topped the Singapore news trends. The summit, which was held at the Capella Hotel in Sentosa, was the first-ever meeting between a sitting United States president and a North Korean leader.

Tech and electronics exhibitions were also popular among locals, with the Singapore Comex 2018 and IT Show 2018 being the top trending events in Singapore this year. Apple's new flagship smartphone, the iPhone XS, was No. 1 among trending gadgets.

Singaporeans also had their eyes on superhero movies this year, with Marvel blockbusters Black Panther and Avengers: Infinity War featuring on the list of trending searches. 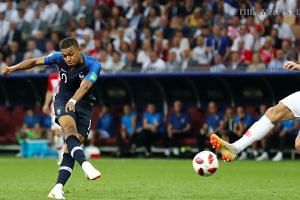 Black Panther, which was widely praised for bringing African culture to the fore, was also the top trending movie. The film grossed US$1.35 billion (S$1.85 billion) worldwide.

Marvel stalwart Stan Lee, who created many of the comics giant's iconic characters such as Spider-Man and the Hulk, was fifth among trending searches. Lee died in November at the age of 95.

Google Singapore's head of communications Angeline Leow said: "With one of the most engaged mobile users in the world, and the region's Internet economy set on growing bigger, Search continues to play a big part in the lives of Singaporeans, providing them with the latest news, entertainment and deals online."

“From desktop to mobile, typing to voice, we hope Search will continue to be a useful tool to help Singaporeans discover and explore information.”