In her commentary, the writer lambasts the K-pop stars for not apologising to their victims yet.

SEOUL (THE KOREA HERALD/ASIA NEWS NETWORK) - Seungri has often been in the headlines, be it as a member of the Big Bang K-pop group or as a businessman or a TV show guest, although within Big Bang itself he was overshadowed by the leader of the group G-Dragon or rapper T.O.P.

In recent weeks, Seungri's name has appeared in the headlines for all the wrong reasons. He has been named a suspect in an investigation into the alleged soliciting of prostitutes and drug dealing at the Burning Sun club, which he controls.

When arriving at the Seoul Metropolitan Police Agency on Thursday for further questioning, he made it clear that a mistake had been made, telling waiting reporters, "I deeply apologise to everyone who was hurt by my action."

Seungri - whose real name is Lee Seunghyun - immediately quit the group as well as his agency YG Entertainment.

Sadly, however, the 28-year-old star is not alone in this case.

Fellow rock-pop singer Jung Joon-young is also alleged to have been involved in the scandal. Jung himself admitted that he had illegally filmed and shared videos of many women through social media without their consent.

Just like Seungri, Jung also accepted blame: "I am sorry. I apologise for causing trouble to all the citizens of the nation. I will diligently participate in the investigation."

The ripple effects from the scandal came swiftly.

More celebrities were soon implicated in the scandal and some made quick decisions to quit their respective groups and delivered apologies to their fans for their misconduct.

The most outrageous thing about the scandal was that none of these stars explicitly conveyed their apologies to their victims. Not one!

Korean media believe that the celebrities are only minor members of a much bigger syndicate that could entangle politicians and businesses players, if not members of the Korean police top brass.

Before the current scandal exploded, Seungri and his associates connected to the Burning Sun club had been alleged to have ties with the police. The Korean police themselves are now seeking an arrest warrant for an ex-policeman accused of acting as a broker.

Korean police chief Min Gap-ryong made a pledge following the scandal that he would launch a thorough investigation into police corruption allegations "at all costs", as quoted by Korea Herald. 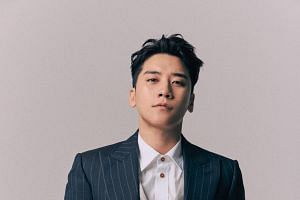 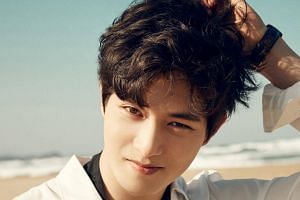 The scandal came to light thanks to the hard work of Kang Kyung-yoon - an SBS reporter who earlier played a role in the investigation of corruption cases that brought down then president Park Geun Hye.

The journalist then presented the evidence, in the form of recorded private conversation in the Kakaotalk chatroom, to South Korea's Anti-Corruption and Civil Rights Commission.

Kang began her investigation in 2015 and received a tip-off about the chatroom conversation two years ago.

"The fact that these people invited young female university students in their 20s and rookie celebrities to drink with them, only to use them to have one-night stands and to secretly film them, is shocking to me," she revealed.

Following the disclosure, Kang has become the target of attacks from so-called VIPs - the nickname for Big Bang fans - particularly fans of Seungri.

"I understand that (fans) are sending me emails with complaints because they cherish and love Seungri. However, I also acknowledge that this is an issue that is present in this society that we live in. The victims are still here, and so is their pain from this incident. I hope that (fans) also consider that part of the situation too," she said.

This is the part where I wholeheartedly agree with Kang. 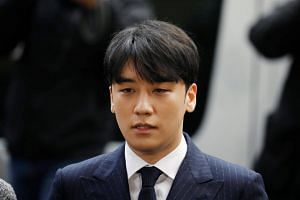 I am a K-pop fan, but first and foremost I am a woman, and a mother too, whose daughter is also a fan of K-pop bands including Big Bang.

We also need to educate these young girls that idols are flawed human beings and that they can make mistakes.

They must also be made aware that when their idols make mistakes, these superstars have to pay the price and receive a punishment for their crimes.

As of today, K-pop fans are divided between those who demand that Seungri, Jung and their friends be sentenced to prison and those who still hope they can walk free and continue to entertain us, a dire prospect that all K-pop fans have to deal with.

Even the Korean public has been skeptical about where this is heading.

Many of them had believed that these idols would keep a low profile in the next five years before making public apologies and slowly returning to the entertainment industry.

But do we want that? Do we need to give them a second chance?

Considering the heinous nature of the crimes and the trauma inflicted on their alleged victims - it's time to say enough.

It's time to say goodbye to these idols. Anyeong.

The writer is Managing Editor of The Jakarta Post. The paper is a member of The Straits Times media partner Asia News Network, an alliance of 23 news media organisations.